Cleans the winch, explodes the boat. What happened? 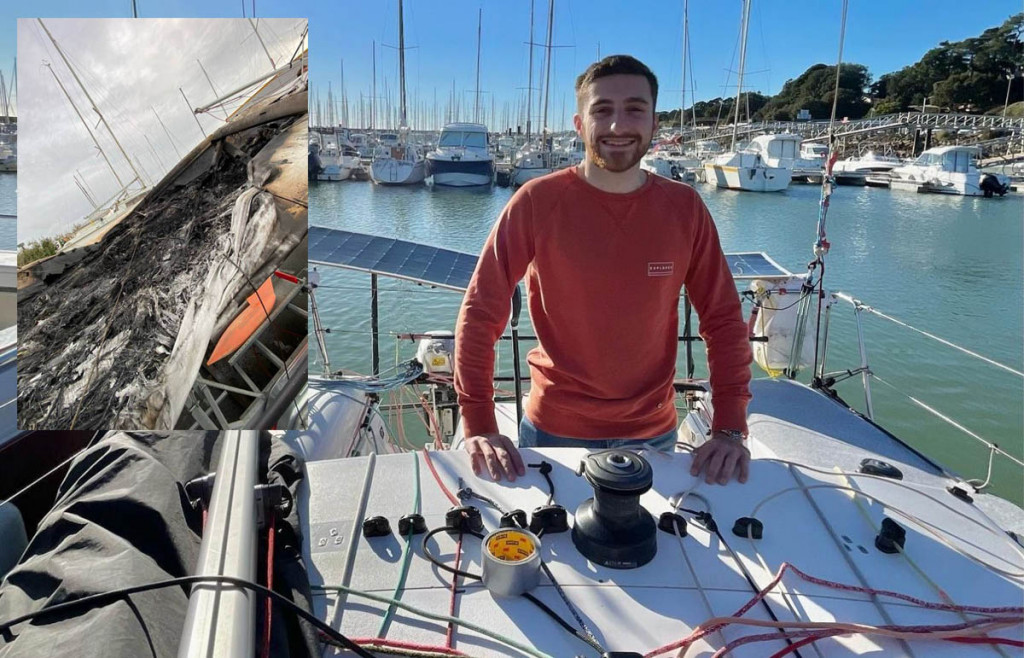 Last Nov. 26, French skipper Quentin Mocudet while doing some maintenance work on his Mini 6.50 “Kiralamure,” set off a fire that blew up the boat. It seems that he was using the famous “Gasoline F.”

Something happens in France that is unbelievable. A skipper intent on maintaining his Mini 6.50 ahead of the international racing season sets the boat on fire, completely destroying it. It appears that he was cleaning the winches with so-called “Gasoline F.” Do you remember it? But something doesn’t add up. Let us try to tell this sad story from the beginning.

The protagonist is Quentin Mocudet, a 23-year-old young French skipper launched into the Mini 6.50 class. His is the classic career of a regatta sailor. Optimist class starting at age 8, then European and world championships in Laser. Until the discovery of the high seas and then the love for small oceanic monotypes. Buy a first Pogo 2 to make his bones in 2020 and then take the plunge. The following year, with the help of his parents, the sailing club and a handful of partners, he took the helm of “Kiralamure,” a Maxi 6.50 number 1015, with which he had a banner season: seven races in the top 10, three podiums and a nice win, despite a dislocated shoulder he got at the Mini en Mai. Then comes this strange and devastating incident. 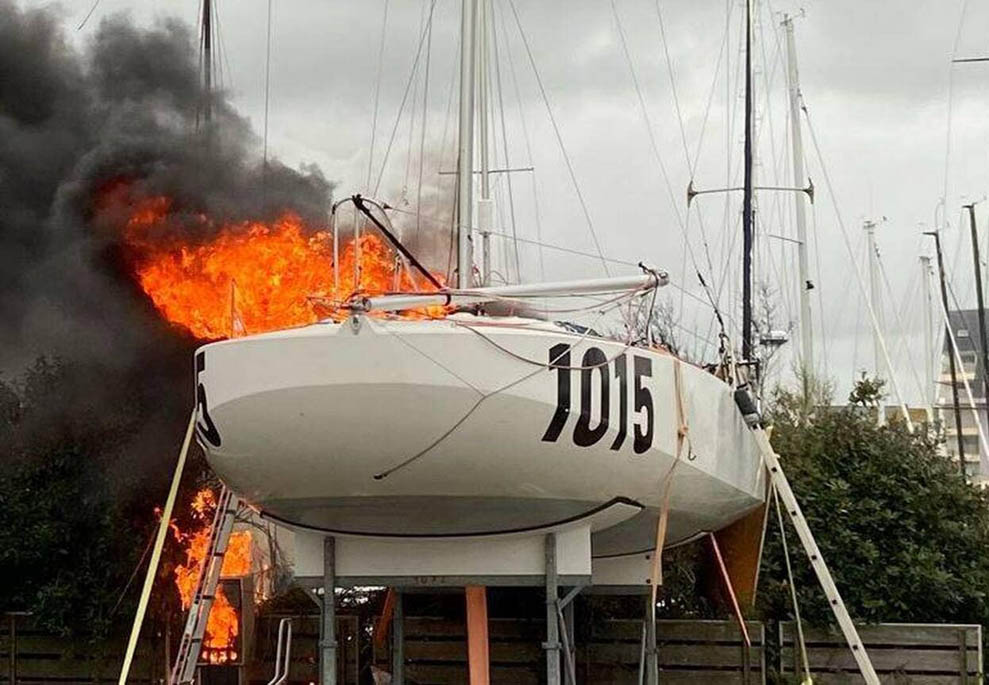 Mocudet: “Suddenly everything was on fire.”

It is November 26, and we are in the port of La Turballe, a small town in the Atlantic Loire. After the longer-than-expected rehabilitation of his shoulder, the boy is looking forward to getting back into the swing of things. The “Kiralamure” is grounded on a reservoir, and Quentin in this early winter is planning to do the last maintenance work on the boat before resuming training. These are small things, some DIY work, various gluing to the hull and especially cleaning the winches. And this is where the big deal happens.

It is the skipper himself who told the editorial staff of the French magazine Voile et Voiliers: “I was cleaning a winch with the Gasoline F. When suddenly the tragedy happened. Basically a piece of blotting paper caught fire. I tried to smother the flames immediately, but within seconds the vapors from the Gasoline F ignited. The cockpit was engulfed in flames and I barely made it out of the boat in time. Fortunately, I was not injured except for two small burns on my ankles. It all happened so fast that I still don’t understand how it could have happened. When I got out of the boat, I knew perfectly well that I could not save the boat.” 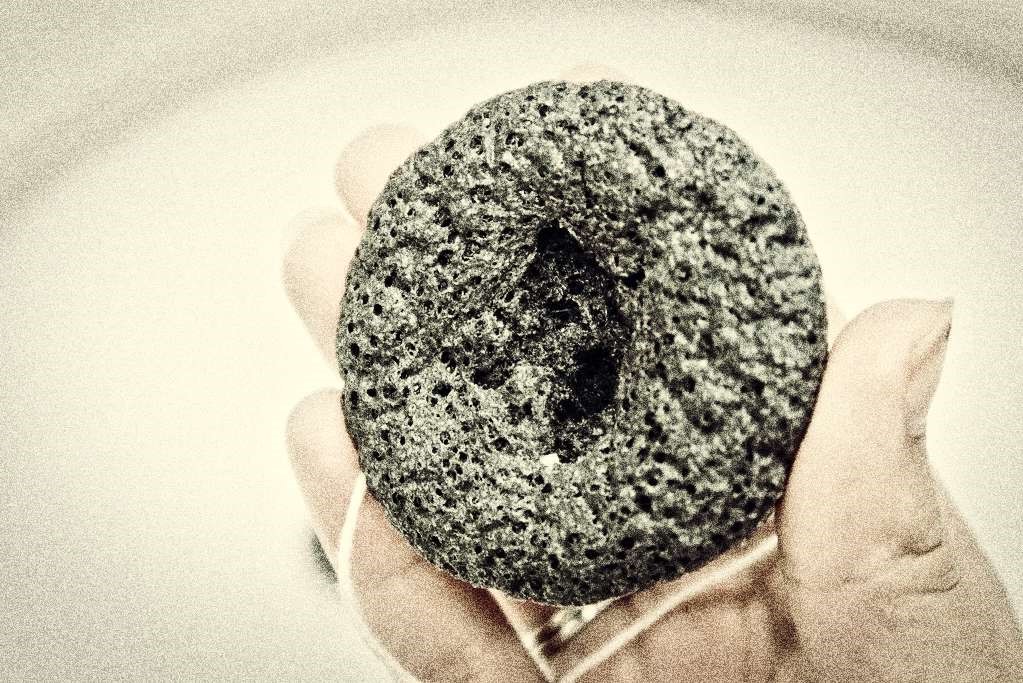 Indeed to see the photos of the flames and ashes, there is very little left of the Kiralamure. It is very impressive. Questions arise, however: has winch cleaning been done with Gasoline F since the beginning of time? But don’t people usually use diesel fuel or at most lamp oil? A skipper as young as Quentin but accustomed to getting on and working on boats for years should know this. Second doubt: but where did this Gasoline F come from?

For the record, so-called “Gasoline F” was invented around 1920 as a solid, nonflammable and easily transportable alternative to traditional gasoline by Sicilian Gaetano Fuardo, a pharmacist and chemist who dedicated his entire life to this invention. His is a complex affair that involved the intelligence services of half of Europe, sparking an espionage war worthy of a 007 saga. Everything is inside: England, France, Hitler’s Germany, high military officials, embassies and governments, not to mention big car companies like Fiat. To make a long story short, it seemed at one point that the outcome of World War II should depend on Gasoline F. Too bad that Gaetano Fuardo was eventually swindled by the very French government that had acquired his patent, assaulted and beaten by strangers who stole his valuable documentation, and died in Rome in 1962 in extreme poverty. His heirs later received compensation of 1 billion francs, which would be equivalent to about 152.5 million euros today.

Best wishes Quentin, but something doesn’t add up….

In short, Gasoline F seemed buried for years with its rather grotesque history, and now it reappears on the docks of a French port. Even used to clean a winch? And then a product that’s famous precisely because it’s nonflammable that blows up a boat? But isn’t this strange? We ask for enlightenment from the more experienced of our readers.

Meanwhile, Quentin Mocudet, who has recovered from the accident, has set up a fund to help him find a new boat for next season as soon as possible. In his sights is the Mini Transat in 2024. We wish him well, as well as to be more careful when doing on-board maintenance….