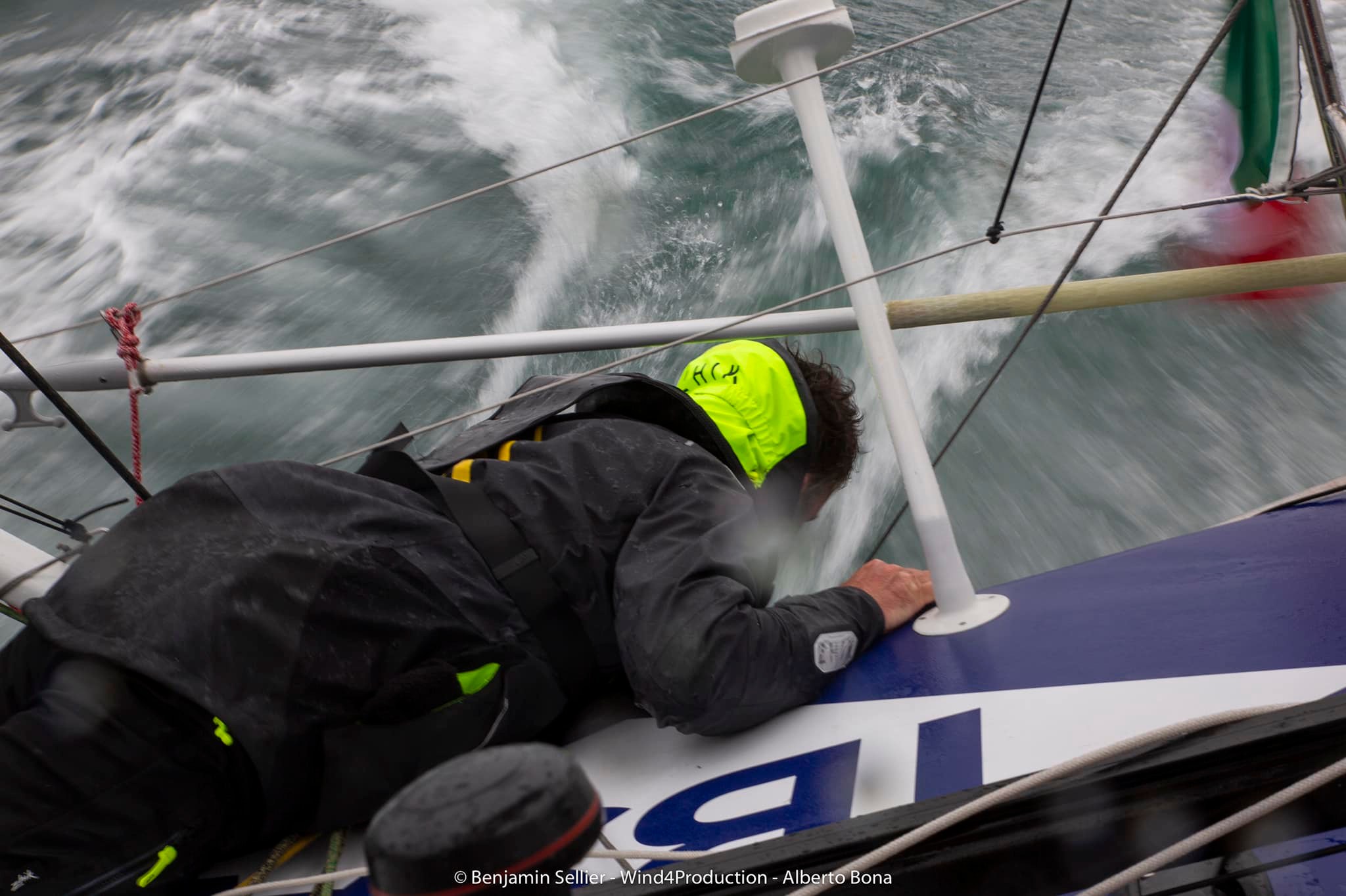 The Route du Rhum 2022 will be remembered as one of the most difficult editions of this regatta, due to very complex weather that forced all classes to sail about half of the course upwind in winds from the 25 to 40 knots And a sea at times huge and crisscrossing.

A situation that decimated the fleet and made life very hard for the Italian skippers as well. Below we tell you about their vicissitudes and how they solved them to complete the Route du Rhum.

If you’re racing with the frontrunners every detail and every detail becomes crucial to being able to stay on top of a race like the Route du Rhum. Ambrose Beccaria faced more than half an Atlantic crossing without wind instruments, lost in one of the initial fronts of the race due to the blows the boat took on the waves. “At that point I thought the competitive part of my regatta was over,” he told us once he arrived in Guadeloupe. “Then little by little I tried to figure out how to try to still have a fast trim even if the pilot was no longer following the wind direction. Fortunately, our pilots also have a sensor on the heel of the boat, and you can adjust the pitch on that, setting a range of heel angle. It wasn’t a perfect solution, but the pilot worked well and I was able to stay with the leaders,” Allagrande Pirelli’s skipper, who finished second behind Yoann Richomme, told us.

Bona stoic despite a head injury and many problems

He is not one to talk much Alberto Bona, consequently he did not divulge many details during the regatta about the problems he had on board. However, his Route du Rhum, which closed in eighth place, was truly marred by technical mishaps. He lost the wind station sensors at about the same time as Ambrogio Beccaria, but shortly afterwards he also injured his head: his IBSA was jumping on upwind waves, and on one of them Alberto lost his balance and injured himself. Forced to slow down, he contacted medical assistance on the ground and did some self DIY to put the cut right. Nothing could stop Alberto, who launched himself in the hunt for the top 5 in spite of everything, even though he suffered a final mockery: the broken gennaker during the duel with Carpentier. An eighth place finish that still smacks of a feat.

Giancarlo Pedote and his “lame” boat. Losing a sail is theoretically not as serious an inconvenience as dismasting; if a sail breaks, the race can continue. But if the sail in question, the J2 in the case of Giancarlo Pedote Pedote and the Imoca 60 Prysmian, is needed to do 50 percent of the course then the issue becomes a problem. Without the J2 Pedote saw his strategic options drastically reduced: he could not go north to a front because there would have been too much sailing with the J2 upwind, consequently he lost many positions in the rankings, still trying to fight with the sails he had even if severely slowed. Once in the Tradewind, he tried to take revenge by climbing a few positions and proving to be one of the fastest of the non-latest boats. As he said, “It was frustrating, but sailing is a mechanical sport and I know my worth.”

Andrea Fornaro and the shaky keel

Also finishing in 21st position is Andrea Fornaro on Influence. This Route du Rhum was also very complex for him: the problems started during the hard upwind weather, when the keel of his Class 40 started making suspicious movements. “I used to go to sleep in my survival suit for fear that the boat would lose its keel and I would get scuffed,” he recounted in one of his messages from aboard. He made a pit stop in the Azores to try to secure it and continued without forcing the boat too hard. Ranking at this point matters little, what matters is getting the boat to the finish line and being able to say, I did it!