What a bang! Scuffle and serious damage to Team New Zealand’s AC40. 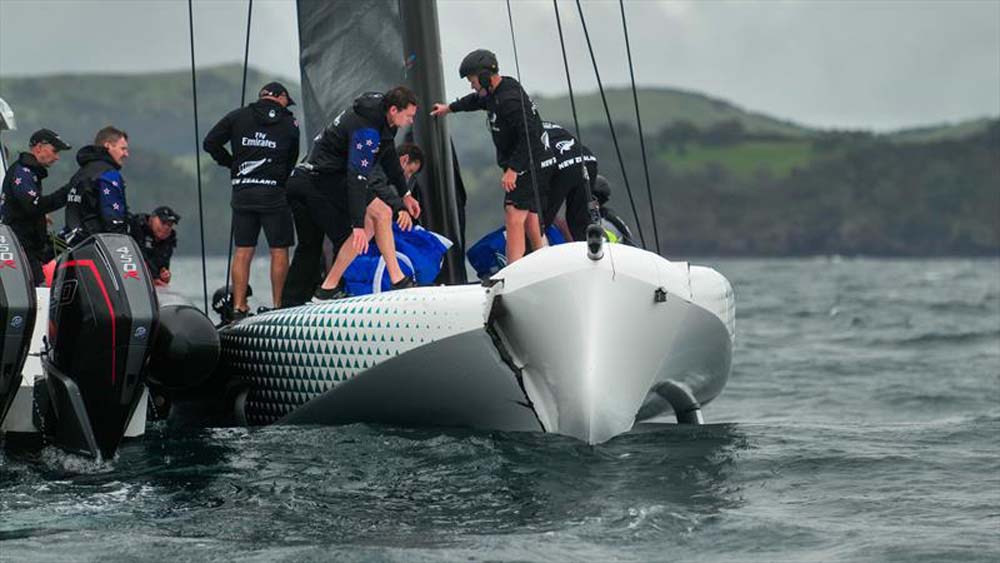 The new AC40 foiling monotypes, a boat intended for the Youth and Women America’s Cup, but also used by the main teams for training, are undergoing intensive sea trials in recent weeks. This was evidenced by the latest incident involving Emirates Team New Zealand’s AC 40 last year. The crew of the “kiwis” were having a training session in the Hauraki Gulf, which has been subject to adverse weather conditions in recent days, including waterspouts and heavy rains.

A northwesterly wind of more than 20 knots was blowing during the training, there was spotty rain, and the sea was formed. Rather challenging conditions, however, which serve the team well to test the new boat. The AC40 after an unintentional gybe took a strong gybe launching the bow into a dive on the water and capsizing ruinously. The monotype suffered a leak and sustained major structural damage to both the deck and bow sections. 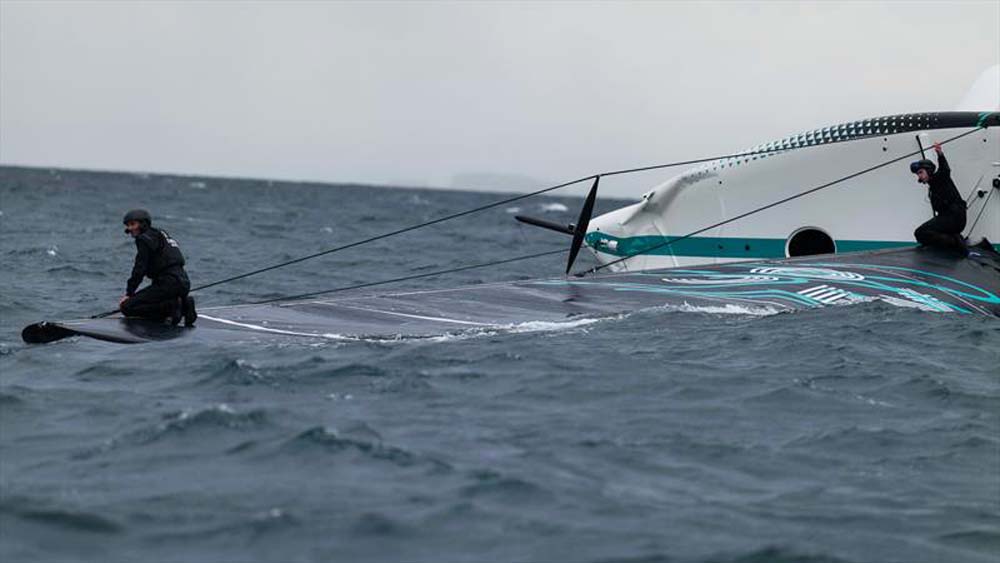 Major repairs, but parts are in China

Once righted by the team’s men, who were not injured in the accident, the AC40 was temporarily towed to Matiatia, a sheltered harbor at the western end of Waiheke Island, to fix the water ingress problem. From here it will then be towed to the team’s base by sailing on its foils and taken to the site for restoration work. It is indeed necessary to construct new sections in the original equipment and glue them in place of the damaged ones.

Team New Zealand in recent days had released a schedule of the parts of the AC40 that were to be tested, including the sails. Of course, these trials will be delayed by the aftermath of the accident. The “Kiwis” will take delivery of a second AC40 in December that will need to be reinforced in the bow area before delivery. 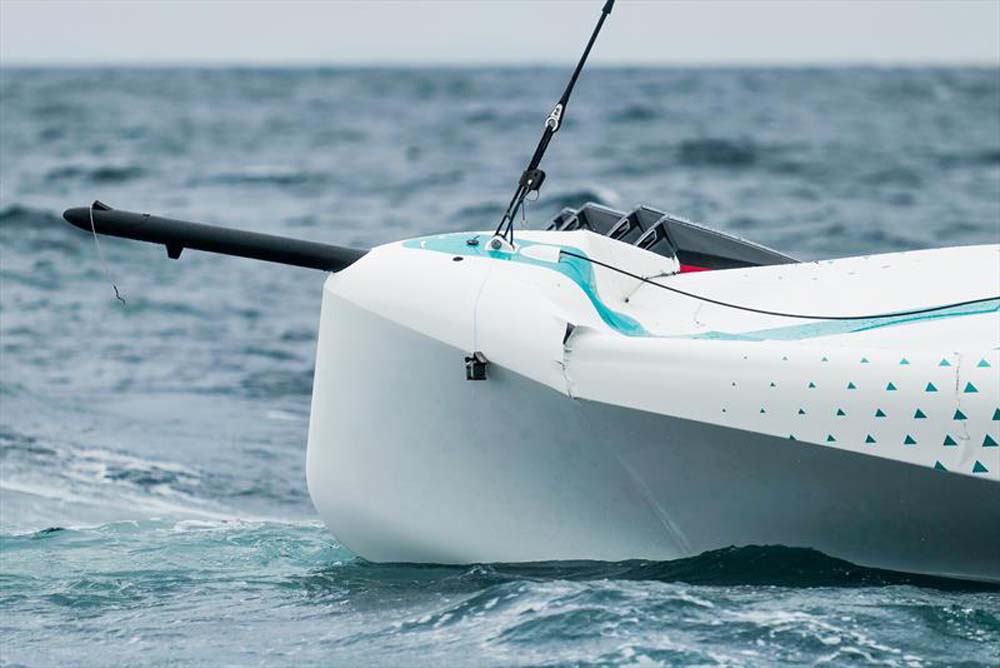 Grant Dalton: “The most serious scuffle we’ve had!”

Emirates Team New Zealand CEO Grant Dalton said, “It appears that when the boat went into a dive, the most severe dive we did, the water pressure and side load collapsed the forward section of the deck, causing the damage to the bow. The designers are analyzing the loads from the accident, and although it is too early to tell, it is likely that some changes will need to be made to our boat and the entire AC40 fleet. But we will understand this better in the coming days.” 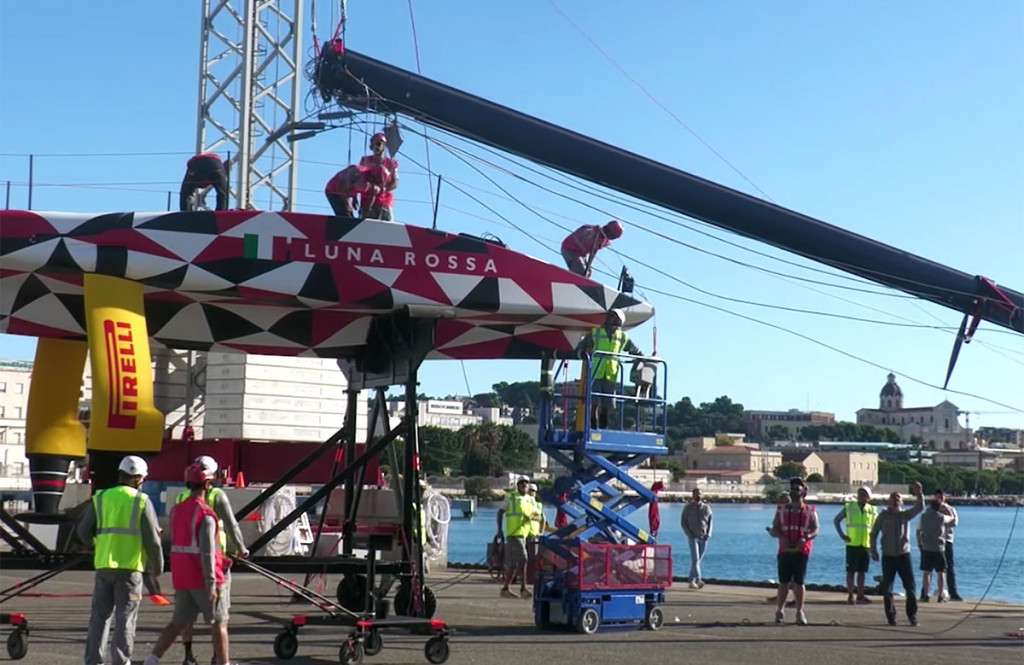 Scuffles in tests also for Luna Rossa and Alinghi

The one involving Team New Zealand’s AC40 is not the only incident among crews training for the upcoming America’s Cup, a sign that everyone is pushing their limits. More or less the same scuff involved Luna Rossa’s prototype on Oct. 31 in the waters off Cagliari, while the Italian team was testing the boat in limiting conditions, winds over 20 knots and rising seas. In that case, however, there was no consequence for boat and crew. In the following days, however, during rigging operations in the base yard, the prototype mast fell to the ground, sustaining damage to the upper part of the carbon airfoil.

A few weeks earlier, the Alinghi team (we went to visit him in Barcelona, here is the report) on one of his first outings, this time still with the old AC75, while practicing in a strong wind he suffered a violent bow luff that fortunately ended only with a broken jib cleat. There is still a long way to go to be ready for the challenge….