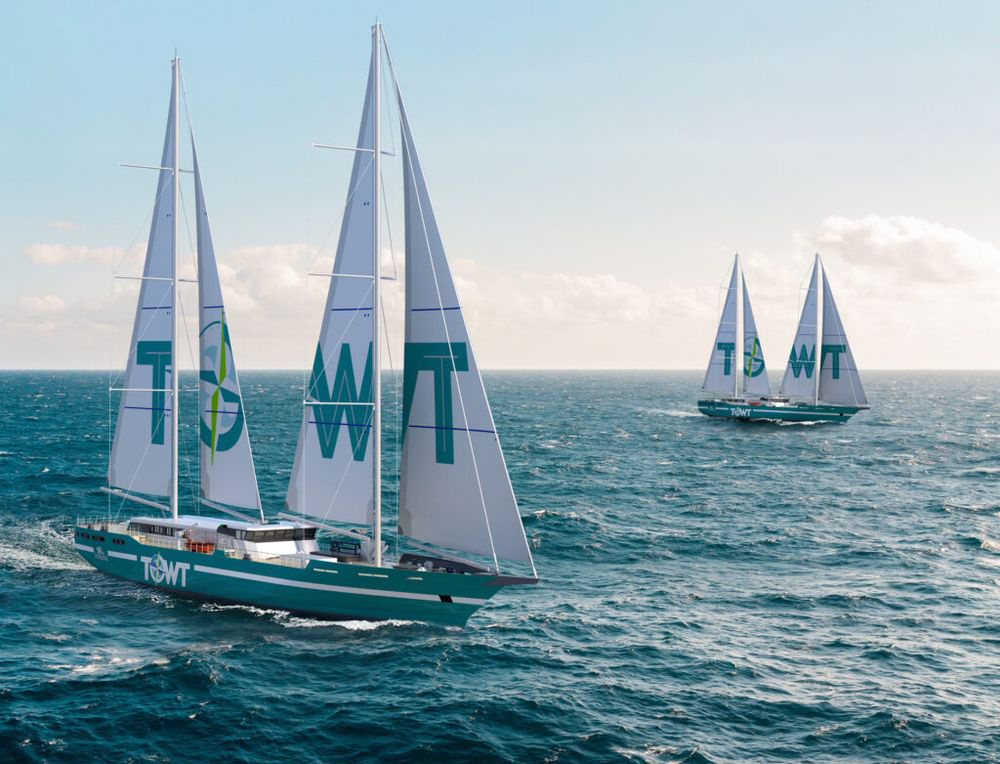 To reduce emissions from maritime traffic, but also to promote new forms of sustainable economies, shipping companies with fleets of sailing ships are springing up to sail across the oceans. They leave from Greece, but also from France, England and northern Europe.

There are two sides to the current global crisis involving the economy, climate, industry, and labor. The first is that in the face of emergency we are all called to do something, to roll up our sleeves, to look for alternative resources and approaches. The second is that sometimes the solution is right in front of us. Take, for example, ocean freight transport with its increasingly exorbitant costs, the schizophrenia of global routes, and marine pollution from the CO2 release of large motor freighters that sail incessantly through the oceans. Well, what would happen if we went back to transporting goods by sail, as in the past? The boats we have, the routes exist, the winds should not end. It would only change everything else, with enormous benefits to ourselves, the market and the environment. With these thoughts in mind, the Aegean Cargo Sailing project was born in Greece, a company in the form of a social cooperative that runs an environmentally friendly transportation service to enable a sustainable “blue economy” network in the Aegean islands. Basically, with a fleet of sailboats used to transport only local, traditional and organic products they connect the Greek islands together with a zero carbon footprint. Their network consists of about 60 agribusiness producers, 20 stores and restaurants, and some local cooperatives.

At the same time, the Aegean Cargo Sailing model also has tourism and promotional value because it invites everyone to travel by sailboat, to explore the cultural and gastronomic richness of the islands of Greece, and to enjoy their vacations in an environmentally friendly and responsible way. 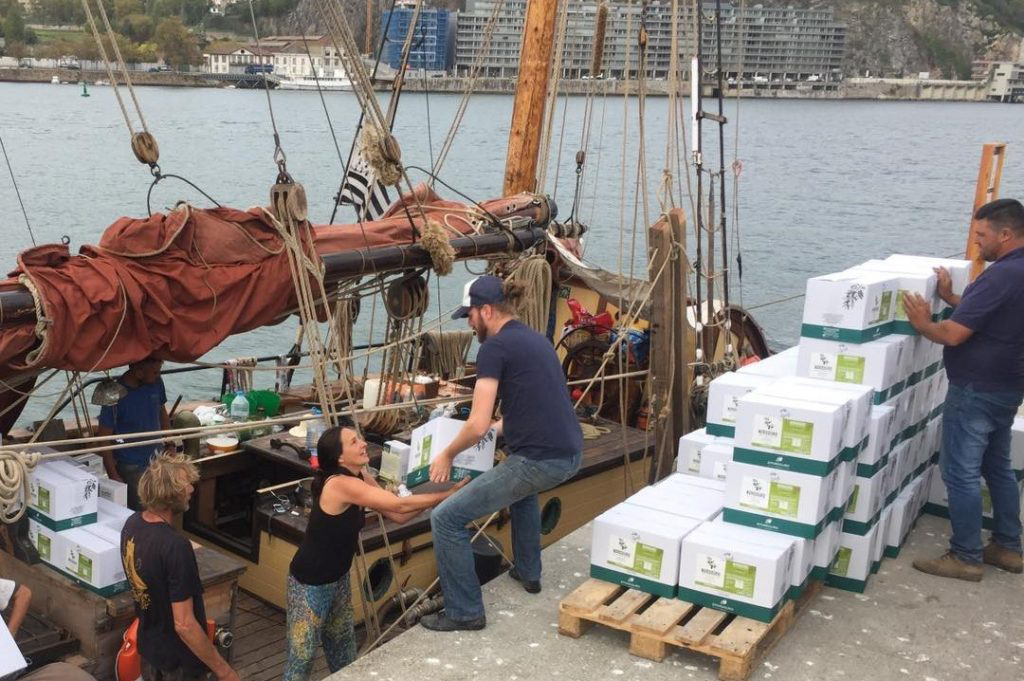 Those brigs from France to the Caribbean.

In fact, the transportation of goods by boats and sailing ships is a phenomenon that has been making a comeback all over the world for the past few years. In fact, on the one hand, more and more commodity producers are turning to environmentally friendly shippers as an alternative to huge cargo ships in order to orient their entire supply chain to a “green” vision. On the other, fleets of sailing ships and specialized companies operating all ocean routes are growing.

In France, for example, there is TransOceanic Wind Transport (Towt), an exclusively sailing freight company founded by entrepreneur Guillaume Le Grand. Its fleet includes brigs and larger ships that sail up the English Channel, but also go as far as the Caribbean and the Azores. To meet the growing demands of their customers, they are building a sailing ship capable of holding 1,100 tons of cargo whose launch is scheduled for June 2023 and three more ships are expected to follow by 2026. 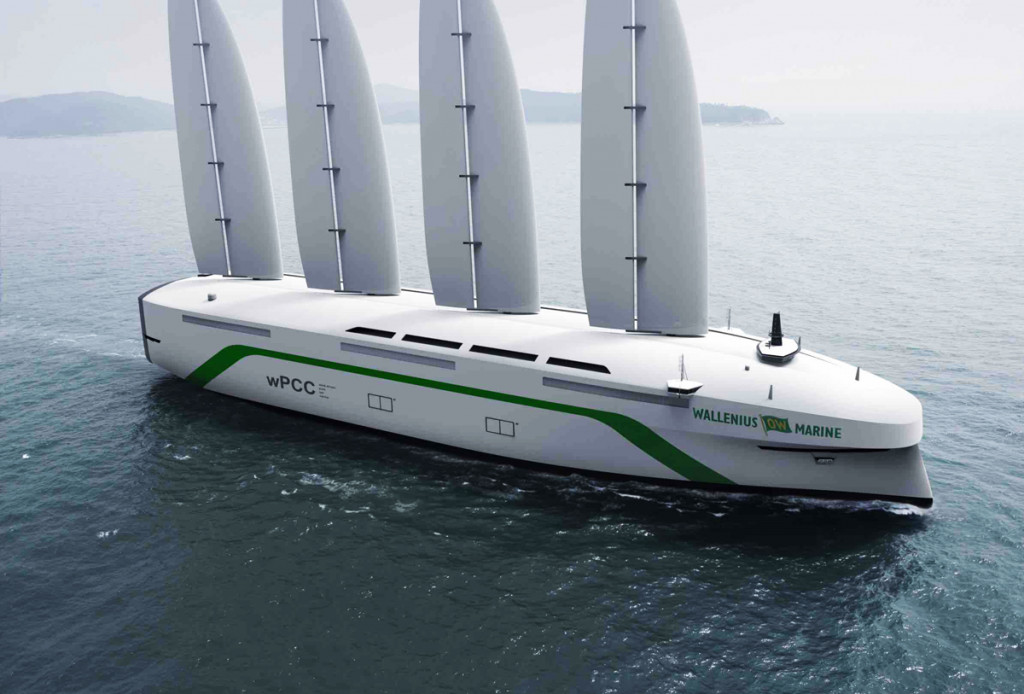 Food products and automobiles pushed by the wind

In England, on the other hand, Shipped by Sail has been operating for years, using antique wooden schooners to demonstrate that some goods can be transported with near-zero emissions. Also in the U.K. is WindTransport, a company that was the brainchild of a couple who had been chartering for years with a sailing schooner, Greyhound, and now operates a fleet of 12 sailboats capable of loading 155 tons of cargo per year. Their customers include trendy British organic restaurants, as well as wine and craft beer producers who accept only zero-mile products or those transported by anti-pollution methods.

Even the same sailing ships used for cargo transport are now taking on more modern configurations that are functional for modern maritime traffic. A few years ago in Sweden, for example, the “Wind Powered Car Carrier,” a giant sailing cargo ship with 80-meter masts capable of carrying up to 7 thousand cars inside, was launched. Driven only by the wind, she is able to complete the Atlantic crossing in only 12 days.

In short, as all these projects demonstrate, sailing can still be a viable economic alternative that can facilitate trade and the movement of goods globally. But above all, promote an ecological culture for shipping and our own survival.