First 44, the performance cruiser (14 m) from the triple soul | VIDEOTEST

Identifying a winning formula requires inflexible, continuous work, especially when it comes to combining seemingly distant elements, boats constantly balancing on the edge of their own compromise: cruiser-racer, a mix of comfort and performance.

Yet, this is precisely one of the most interesting formulas and, Beneteau, returns to offer a new interpretation of it, a new number in the First segment. This is the First 44, a cruiser-racer loaded with promise and a good interlude between the earlier First 36 and 53. Signed by the Italian pencils of Roberto Biscontini and Lorenzo Argento, it is an ambitious design, an attempt to refine the concept of the ‘performance cruiser’ and give birth to a boat that can vary in intended use, between comfortable and relaxing and performance and aggressive. A complicated architecture to meet because it is primarily based on contradictory requirements.

Yet, it smells of success, offering not only balance, but also the ability to move toward either extreme. By getting rid of the need to hybridize it all into a single, the First 44 is not one boat, but ‘three in one,’ thanks to the cruiser (First 44) and performance (First 44 Performance) versions, from which a third, more balanced, ‘hybrid boat’ can be made.

Behind the pursuit of this balance are not only the names of Biscontini (water lines) and Argento (design), but one grasps a shipbuilding experience now almost half a century long, here well married to the know-how of the Mer Forte design office (founded by ocean sailing legend Michel Desjoyeaux), responsible for engineering the project, as with the Figaro Beneteau 3 before it. A multi-handed search that is combined in the hull/mast/rigging balance, as Argento points out, guaranteeing a fluidity that characterizes the deck design as well as the interior layout, both aimed at making the most of the available volumes.

Special attention is also paid to the main uses, as evidenced by the two versions developed on the same hull, which are mainly identical except for the elongated Performance keel (2.15 vs. 2.60 m) and the details of the rigging and deck layout. So neither the interior nor the hull changes, but it is the components that complete the boat that vary, balancing toward the use the owner decides to favor.

In addition to the mast, which has a fractional aluminum or carbon boom on both versions, the 44s differ first and foremost in their layouts and deck components, which are more suitable for competition on the 44 Performance, however, at the expense of some comforts found on the other. In fact, the cockpit table and teak on the deck are sacrificed, replaced by lighter foam-grip, for a total savings of 500 pounds. The carbon rigging, standard for the Performance, also increases the sail plan, now 1.6 meters higher, implying an optional keel lengthening, parallel to optional 300-liter ballasts and retracted water tanks.

The Performance Package then includes several components designed to maximize ergonomics and improve performance. In fact, the sail plan is increased and the mainsail luff appears, the delphiniera is lengthened, and the number of winches is increased from 4 to 6, changing layout. No longer in pairs near the wheelhouses (convenient when short-handed), but now moved to three different positions (wheelhouse-cockpit-deck), with improved ergonomics for manual use, necessary for fine adjustments. Finally, other small differences populate Performance, from the diameters and materials of the rigging to the many additional or absent accessories.

The First 44, on the other hand, has a more comfortable and relaxed approach, with the maneuvers brought into the wheelhouse, an ideal solution to reduce the ‘arms’ to be used in navigation. The cockpit is more comfortable, clear of current rigging and equipped with a central table. With an aluminum mast, the sail area is reduced, making the boat ‘lighter,’ but the ‘carbon package’ still remains available, generating the hybrid mentioned, and making this First a formula adaptable to every need.

The litmus test, however, is seen on the water, where we tested the First 44 (a ‘cruising’ version) with a carbon rigging. The day, almost summer-like, was not particularly enviable: calm sea and wind between 7 and 10.5 knots. Situation that revealed a boat performing well in modest winds, with water lines keeping the stern well out of the water, limiting its displacement drag.

Light and balanced at the helm, it responds quickly to even the smallest hints, as well as in tack changes, with the bow lining up fast where you want it. Also good is the speed, of 8.2 knots (SOG) under Code Zero and Mainsail, with a true wind of 10.3 kn and a true angle of about 110°. Ratio that persists even as the wind drops, with the solcometer registering 5.9 knots in a real of 7.3. With Mainsail and Genoa 105% she also proves to be a good bowsprit, streamlined even on boundary angles, with apparent at 33° in 10.5 knots of true glides at 7.2 knots, a speed that increases fast as soon as the bow is cleared from the wind. Overall positive performance for a boat with a more cruising spirit, and therefore potentially better on the lighter and more competitive First 44 Performance.

Soft, gentle curves characterize the water lines, balanced on deck by a pleasant deckhouse, grafted forward of the mast and gentle toward the stern, with all rigging hidden inside (accessible through special panels, however). The cockpit is large and pleasant, with lines that join the deckhouse, opening to a stern with ample space. All maneuvers are comfortable and sensible in relation to their uses, and lockers abound, as do supports. Under the cockpit we find the tender garage, which is also accessible from above, while the life raft is on the floor, a now customary but subjectively questionable solution.

As for the well-kept and voluminous interior, we have a rather traditional layout, with access on the saloon and dinette. The compartments prove to be well thought out, with classic but airy cabin management. Traditionally, we find a galley, sofas and charting in the dinette, while in the bow there is a full-beam double cabin with private bathroom.

Aft we find the two twin doubles, also equipped with bathrooms. The only perplexity is the lack of overhead handrails, perhaps a matter of habit, but often essential when sailing with formed seas and difficult weather/sea conditions. 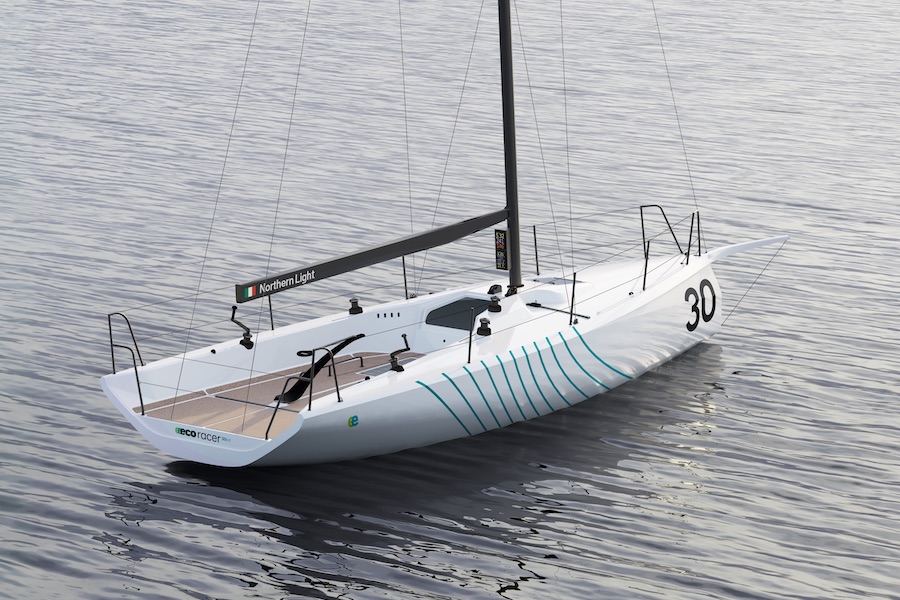 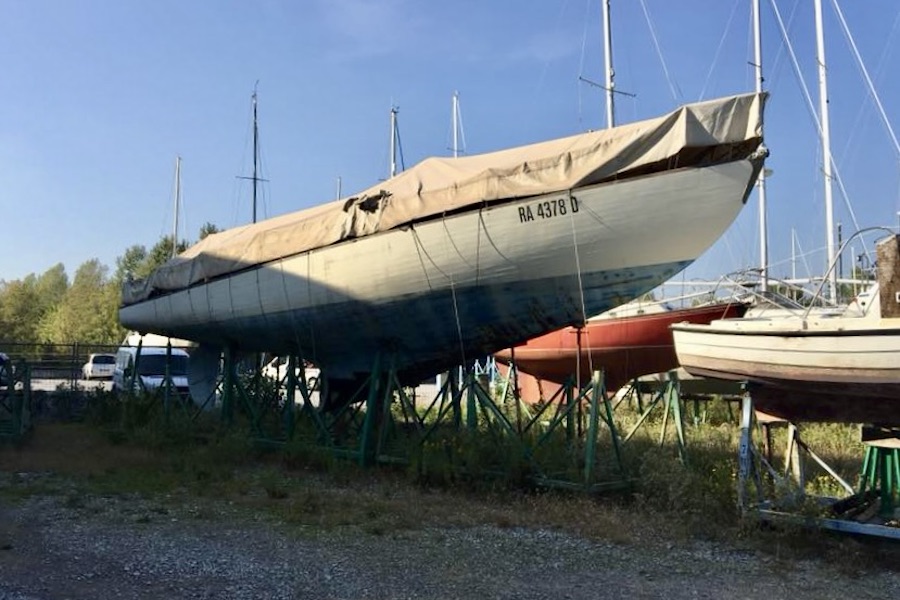 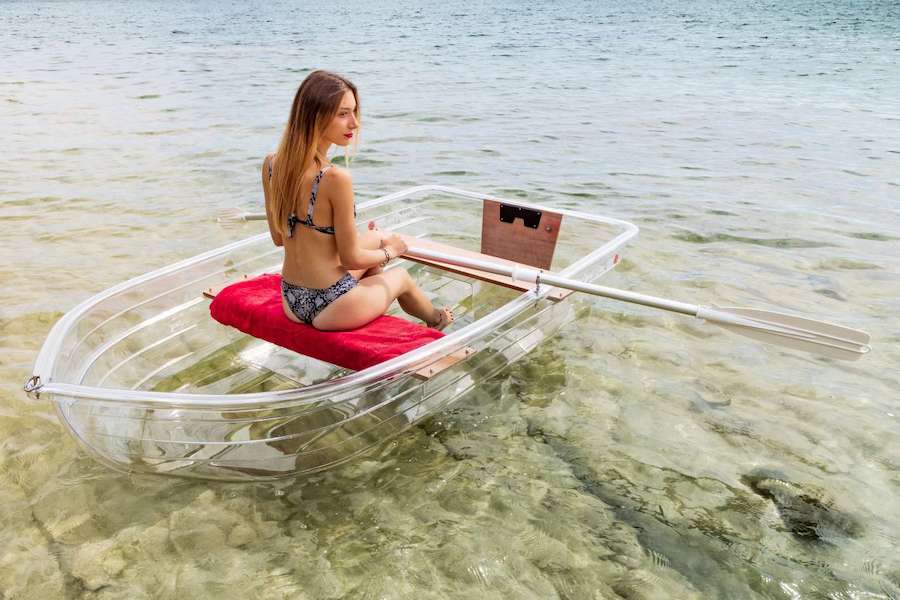 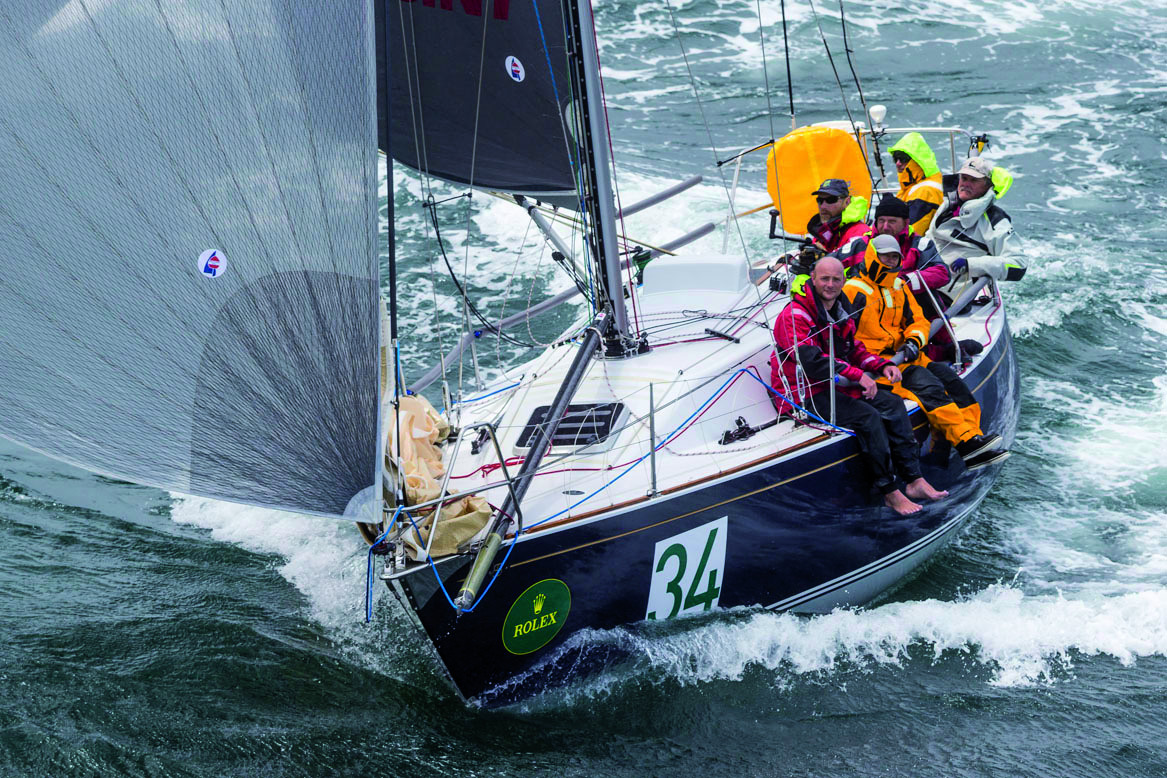