“Hopefully it won’t rain.” The sky was not promising anything good and I kept repeating this phrase in my head as I walked to the beach at Piazzale Kennedy, near the Sea Fair in Genoa. I also hoped that those clouds had not discouraged the volunteers, at least a hundred of them, who were expected after the social tam-tam of the previous days. I round a bend and get a glimpse of the stretch of coastline from above. I see lots of black dots scattered all over, on a beach that is usually deserted even in summer (blame the location, at the mouth of the harbor).

“Okei, the volunteers are there.” I am late, but I am sure there is no shortage of work. I get off the bike and shortly retrieve two gloves. Now I need a big bag. “Try there, behind that truck,” a volunteer from Greenpeace Genoa, among the “directors” of the day with Surfrider Genoa, tells me.

I go, pass the truck, and before my eyes I see it for the first time: a hill of garbage of every type, shape, weight and color. The big star is plastic with what seems to me-I was optimistic-hundreds of bottles, as many cans, and then garbage of all kinds. Shoes, balls, styrofoam, scrap metal, and anything else you can think of, chewed up and spit out by the sea. Around this makeshift dump dozens of people arrive with black bags to empty them for the second, third, fourth time to leave immediately to look for more. Keeping watch and helping in the operations are men from Amiu, the company in charge of garbage collection in Genoa. They have already arranged the trucks to take care of the transportation once they have sorted what is becoming a mountain. I retrieve the bag and leave.

I am intercepted by a group of volunteers who are on their way to a still untraveled area of the beach behind the cliff. There are about 15 of us, each with his own black bag to cram. Within 20 minutes we all emptied and refilled at least once, then a voice on the megaphone: “Guys, watch out.” He is Andrea, one of the founders of Surfrider Genova and the driving force behind the day. 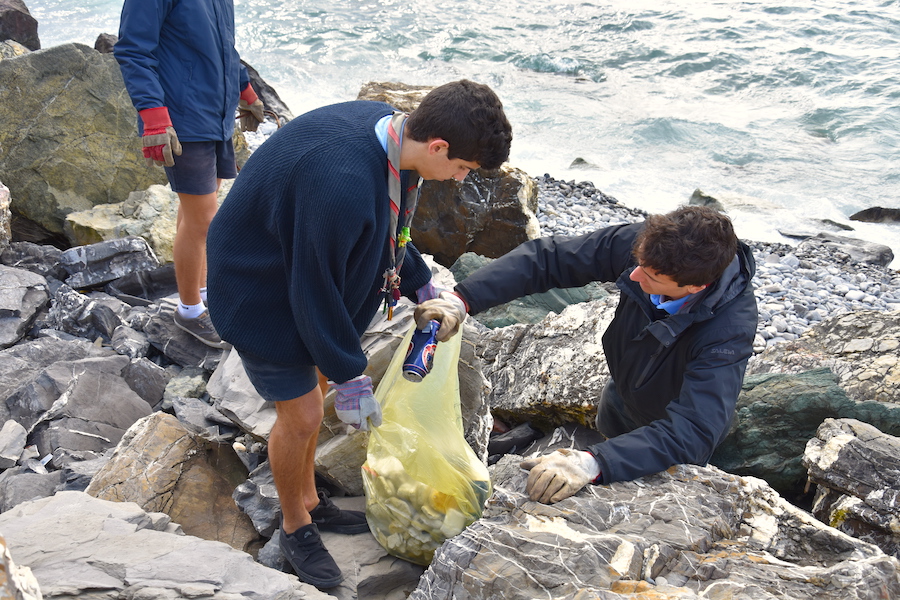 “Guys, it’s not over. We have to start sorting and counting all the waste collected.”

The “troop” divides. About 50 people remain scattered on the beach collecting and carrying. The others arm themselves with patience and immersed up to their ankles begin sorting glass from plastic, Styrofoam from paper, and tallying up everything they can. Why count them, one might ask. The severity of the problem is such that it is no longer enough to say there is so much, so much or too much plastic.

We are at the point where it has to be said that 200 people in 5 hours on a single beach collected 2500 plastic bottles, 579 glass bottles, 342 miscellaneous scrap metal, 615 cans to which should be added 5000 pieces of styrofoam (not counting pellets, just the large pieces), 932 plastic packaging, 1825 bags, 1225 caps, car and motorcycle batteries, boilers. The thousands and thousands of cigarette butts cannot be counted. 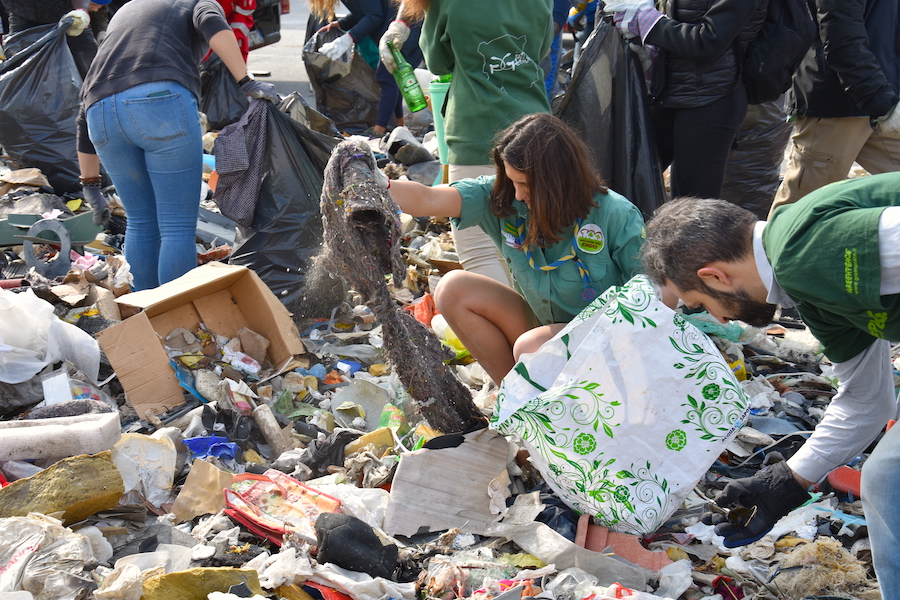 Add to this 3 garbage trucks filled to the brim with undifferentiated garbage. And don’t think it’s just a Genoa problem. Everything on the beach came with the waves of the sea after being hidden for some time. Plastic does not “decompose” and the sea returns everything, including a thin Viacard, as this photo shows. The date at the bottom reads “1958,” and the price is still in lira. If it is not 60 years, it is certainly at least 20 years. And she is still there, just a little ragged. 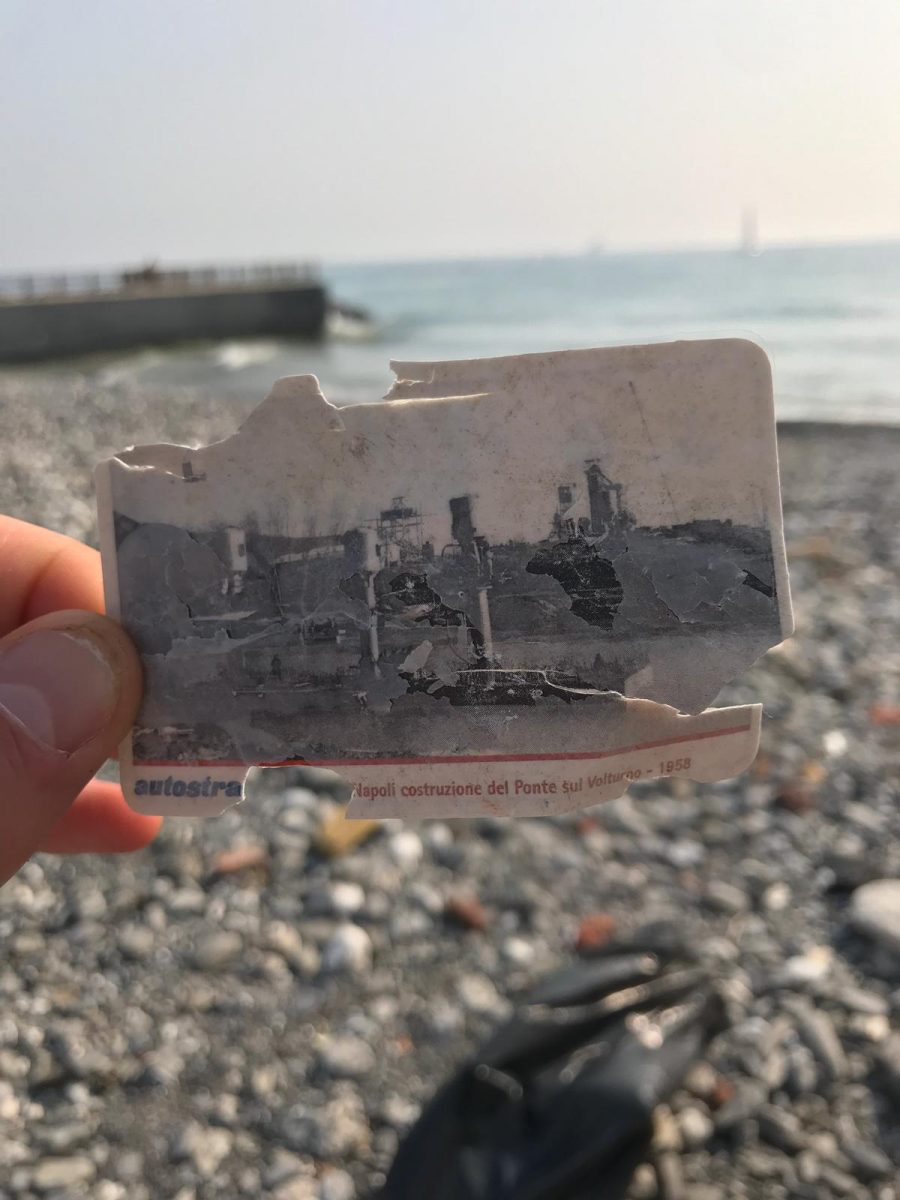 So much for the bad weather, more than 200 people of all ages and backgrounds got their hands dirty during the day. Striking, positively, was the presence of so many children from the various scout groups and beyond who did not spare themselves in hard work. We hope it will be a good omen and that other cities, towns, and beaches, but not only them, will take example. The cleanup day was organized by volunteers from Greenpeace Local Group Genoa and Surfrider Genoa, with the cooperation of the City of Genoa and Amiu Genova Spa, for the morning of Saturday, Feb. 23 in the Foce area of Genoa. 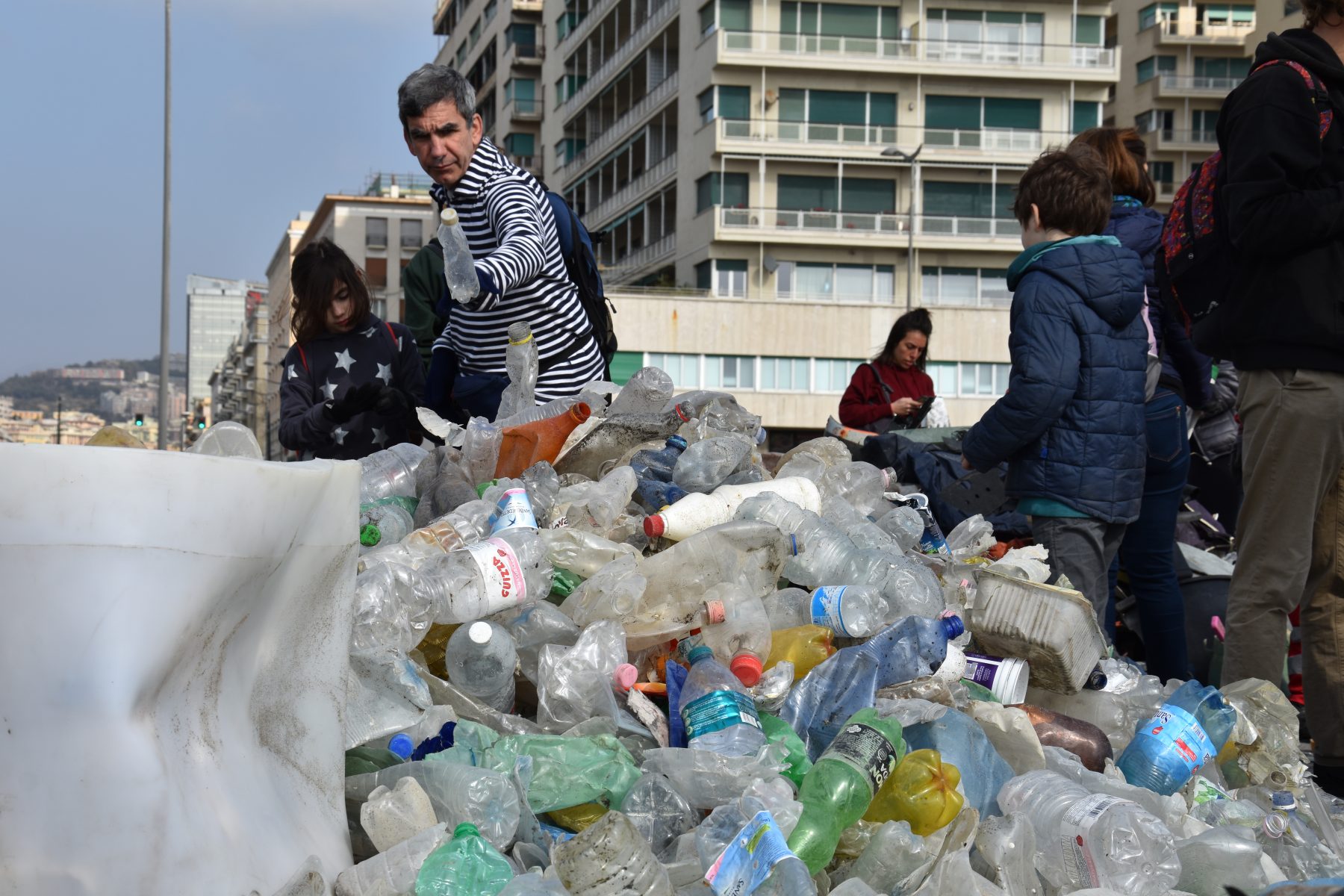 Volunteers from the Genoa branch of the Red Cross, the Controvento and Zena Netta associations, and some of the city’s scout groups participated in the event. The initiative aims to contribute to the cleanup of a public area of the city, but also to raise awareness among the citizenry and policymakers about the risks associated with the profligate use of disposable plastic packaging, which remains a few minutes in our lives, only to remain sometimes decades or centuries in our seas.

Finally, we extend an invitation to everyone: if your beach is, like so many others, full of trash, organize a cleanup yourself! Using www.oceaninitiatives.org is really easy because everything is explained (such as necessary permits) and you can have materials (e.g., banners, gloves, and bags) sent to you for the activity. And if you need any tips, drop us a note on the Surfrider Genova Facebook page.

You will be within the famous project called Ocean Initiatives (over 50,000 participants in 2018 in more than 1,000 cleanups in Europe). 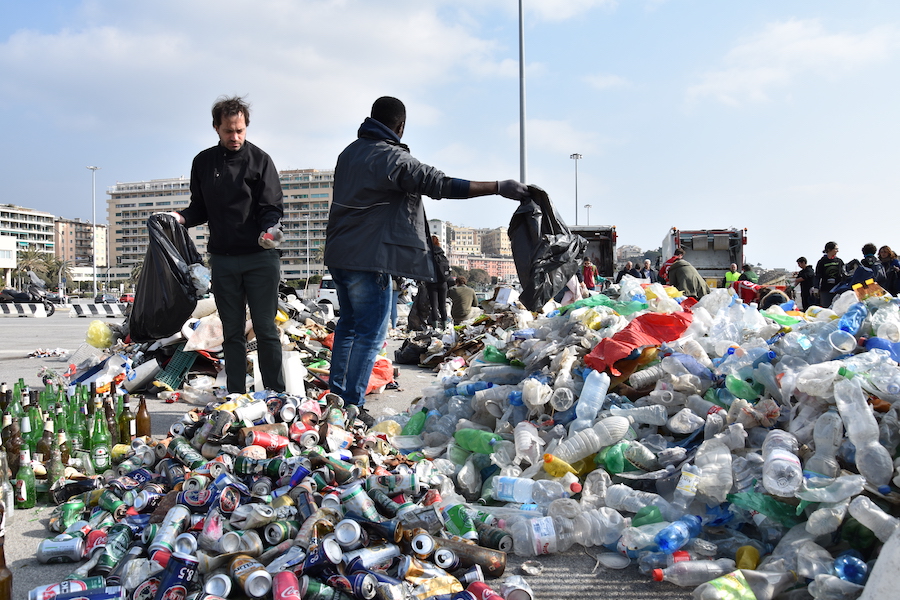 TIME TO ACT.
Time to Take Action is the slogan of Medplastic, the project of the Journal of Sailing and Powerboats to safeguard the Mediterranean. Join the MedPlastic Team Facebook group, there you can post news, projects, photodenunciations, videos. In addition, if you have structured projects to propose that you think would be useful to the “cause,” please send an email to savethemed@gmail.com. www.medplastic.org

Facebook Twitter Youtube Instagram
PrevPreviousCosta Rica “turns out” to be an ultra-polluting country and its inhabitants collect 30 tons of plastic in eight hours!
NextTAG Heuer Sailor of the Year, it’s your turn again! Online voting reopens tomorrowNext
In evidenza