American Magic’s scull as seen from aboard Luna Rossa. VIDEO 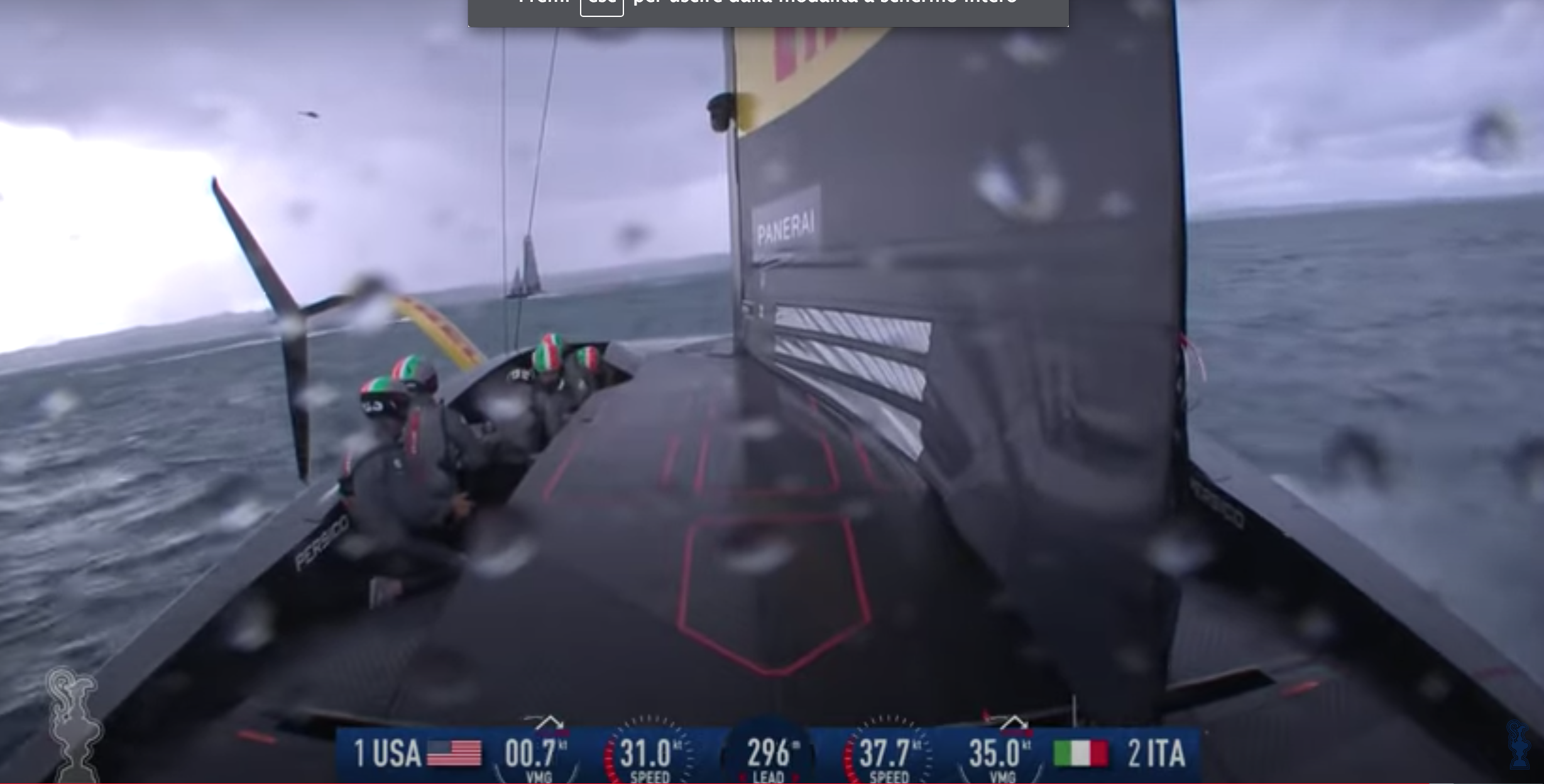 The news that American Magic will not race in round robins 3 and 4 pending repair of the boat for the semifinals is now official. Patriot is already “under the knife,” the goal is to show up on Jan. 29, the day of the first race of the semifinals, with the boat ready to race.

The dynamics of the capsize, however, is still one of the main debates animating the international sailing community these days. We went to the onboard video footage on Luna Rossa to go over how the Italian crew tackled the tricky turnaround, which took place under a rump with wind gusts recorded up to over 26 knots.

Let’s go right on board Luna Rossa, from minute 2.43.00. We are on the last upwind side, and as can be seen from the water and the dialogues on board there are many gusts on the field, sudden increases in pressure followed by drops. You notice American Magic veering into cover, we are not far from the buoy, and Pietro Sibello comments, “They are not far,” probably referring to the American boat. The edge goes on relatively quietly.

Bruni is then heard to say, “A little lighter now and then more gusts,” says Checco, who immediately imagines going to turn the right buoy. He doesn’t even get to say it in time that Sibello calls, “Big left, I think it’s at least 30 degrees Checco.” At this point the conversation on board becomes more convulsive, Checco says “I’m going into high mode,” meaning he declares that he wants to bring the boat very much hemmed in, probably because at that moment Luna Rossa entered a major wind increase. Sibello calls a let on the jib, and then flat out starts saying “easy maneuver, easy maneuver guys” i.e. slow, Checco responds : “we have to go to the right buoy,…they have scuffed, they have scuffed”, ” they have scuffed” Sibello confirms. At that point there is some chaos, Spithill disagrees on the right gate and intervenes, “no guys, let’s go left, let’s go left….no hurry.” The maneuver at that point seems decided, Sibello once again reminds the two helmsmen, “Maneuver easy,” and Checco calls standby for the turn. After the change of walls Spithill asks, “Should I stay here, Peter?” It refers to keeping the boat hemmed in, almost to the wind, immediately after the turn, as opposed to the American boat, which instead rested immediately before capsizing. “Yes, you have to stay here,” Sibello replied. But the moment remains tense; in fact, Bruni has doubts that the race has been interrupted after the Americans’ capsize, but Spithill cautiously replies to him, “Let’s keep sailing, ready for the resting.” Sibello once again calls for slow, cautious resting. Spithill executes it, and after Peter’s “Amazing” cheer, calm seems to have returned aboard the Italian boat. The last gasp shortly after, when the boat goes into a strong gust and Spithill can be heard wincing and then exclaiming something that seems to sound like, “It’s not easy to hold it, guys.” Dry Sibello’s response, “Jimmy, talk about the wind, and it will be fine.”

Every day at 1 p.m., we bring you live coverage of the America’s Cup and regattas
of Luna Rossa with prestigious guests, technical insights, videos, photos, background and anecdotes. Don’t miss the Cup Newspaper in the area dedicated to Milan Yachting Week!
Click HERE to subscribe to the YouTube channel access all episodes!