Why don’t those who govern us understand anything about boating? Here are all the absurd regulations that affect sea-goers

Summer is coming. In an ideal world, it would be time to sail and enjoy carefree outings at sea. In an ideal world, because in Italy, a country with 7,500 km of coastline, boaters are seen as a big “ATM” from which the government withdraws whatever suits it best, proposing and enacting regulations that are, in our opinion, absurd. Before we figure out what’s bubbling in the government cauldron (and it’s not good news: think that a protest group has even sprung up on Facebook, “julemanidallanautica“), let’s see what (not) has changed since last summer.

TELEMATICS REGISTRY, WHERE ARE YOU?
If you are stopped for a routine check this summer, know that those who check you know nothing about your boat and its owner. That’s because the phantom Central Telematic System of Recreational Boating (in the style of the automotive one, the PRA) has yet to be seen. The Council of Ministers approved in preliminary consideration a regulation, to be adopted by decree of the President of the Republic, for its regulation. Simply put: very long time. Think about the fact that in Italy recreational boats are still manually registered on paper registers available to the various maritime offices, which do not talk to each other. A nineteenth-century anachronism in the digital age. The practical reflection is that the authorities, could carry out any checks, including tax checks, directly from their offices and not with detentions at sea. 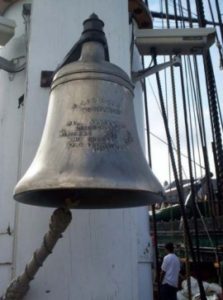 SURGEON’S EQUIPMENT AND OBSOLETE
Does it seem normal to you that the safety equipment prescribed for those flying the tricolor flag changes based on eight (eight!) categories? The first is “Streams, rivers and waterways,” the second “Within 300 meters from the coast,” and so on until the eighth “Without any Limit.” But couldn’t we do as in France, where there are only two (within and beyond six miles?). Why do we have to become dumb?

Not to mention the requirement for those sailing beyond 12 miles to carry a distress box (a very fair requirement), but filled with items that if you don’t know about medicine and first aid you don’t know what to do with such as a resuscitation flask, sphygmomanometer (by the way, do you know what this is? It’s one of those things for measuring blood pressure), phonendoscope, various manuals. What about horns, mandatory for those sailing within 3 miles? Bells are provided (the stuff of 17th-century navigators!) or portable devices such as stadium bugles: the latter for must be of an approved model, which just so happens to cost at least three times as much as an unapproved one. 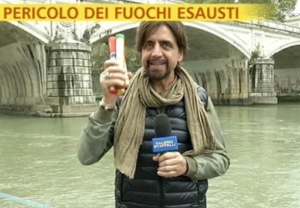 THE EXPIRED ROCKETS? ARE NOW WASTE
A rule fresh from last year and obviously still in place: disused distress flares are equated with waste, contrary to the Consolidated Environmental Act (Legislative Decree 152/06), which clearly excludes “explosive materials” from the list of waste. The result: a marked change in the conditions and costs for their transportation, both for the user and for the distributor/manufacturer. The new legislation, contradicting itself, requires “the user,” i.e., the boater, to deposit “waste from pyrotechnics in special containers located at the licensed distributor,” in stark contrast to public safety regulations that prohibit and unauthorized third parties from accessing explosive material stores. Madness! 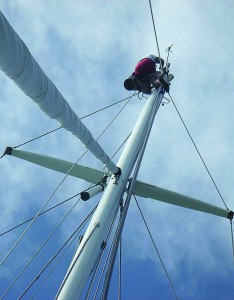 IF I AM STOPPED IN THE TREE TO ME THE TASK OF DEFENDING MYSELF.
The license for working at heights (above two meters from the ground) required by Legislative Decree 81/08 for those who climb trees for hire is a uniquely Italian requirement (courses to obtain it go up to 800 euros!). This would not be a problem in itself, as it serves professional rigor. But when a shipowner or a member of his crew goes up the mast to check what is wrong (the safety of the boat and the people on board depends on it), in the unfortunate event that he is checked by the harbormaster, he will have to prove that he is doing it for free, and that is not always easy. Another unnecessary wizardry! 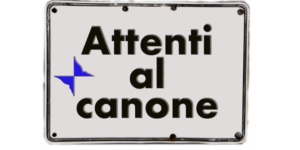 THE ABUSE OF THE RAI LICENCE FEE
We quote from the FB group “julemanidallanautica“: “The demand for payment of the Rai fee for private boats is an abuse. The prerequisite for which it is asked if the unit is leased is commercial use. There is an attempt to confuse leasing, i.e., leasing, with renting, which, along with chartering, is one of the commercial activities allowed under the Boating Code. But, even in the case of a leased boat, if it is for private use the fee is not due. This was also expressed by the Revenue Agency in the Nautical and Tax Guide.”

WHAT (FINALLY) CHANGED
Two changes (at the good time!) there have been: they have changed the visual requirements for obtaining or validating a boating license, set forth in the Implementing Regulations of the Recreational Boating Code. Now the person must have a normal field of vision; previously, a minimum of 3/10 natural in the worst eye was required to obtain or renew a boating license (and that the eye test had to be taken without glasses). And they have reduced the number of bodies for sea inspections to two, which will be carried out exclusively by the Guardia di Finanza and Coast Guard (adieu Carabinieri and Police).

WHAT THEY COME UP WITH AGAIN

But the government is like Cimabue, who makes one and misses two. There are unpleasant tidbits that show how those at the helm of our country’s boating and recreational development do not understand a damn thing (we do not have a Ministry of the Sea, as for example in Portugal or France), which we will tell you about in detail.

THAT “DAMN” RED BUTTON
Will we all be forced to go to Rome in order to press a red button? It would appear so, after the Ministry of Transport prepared a proxy law that will initiate the mandatory adoption of Vhf equipment with DSC (the red location and distress key, which overlaps with the already mandatory Gps and Epirb equipment) for vessels sailing beyond thirty miles from the coast. Too bad that in order to use DSC (Digital Selective Calling) you need to have taken a course, at your own expense, in Rome of course. 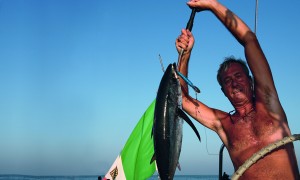 IF YOU FISH, DO YOU PAY?
A tax on fishing boaters may be coming. The rule is included in the “Fisheries Sector” bill, the proposal is signed by agricultural entrepreneur Francesco Catanoso: those who practice sport fishing will have to pay a license with annual validity, and if sport fishing is carried out by motor boats the amount is doubled. If I troll from my sailboat, how much will I have to pay?

A NEW TAX ON MOORINGS?
So much for 10% VAT on moorings! The proposal (submitted to the president of the National Union of Municipalities, Communities and Mountain Authorities, sic!) is to increase the concession fee for moorings in parks and landings adjacent to Marine Protected Areas, just as is done for oil platforms, oil pipelines, methane pipelines, and power plants, which are allowed in marine protected areas as long as they pay a 10 percent surcharge on the state concession fee. And on whom will this cost be “passed on”? On the end users, of course, boaters!

COMMANDERS, IN SCHOOL, INSTEAD OF WORKING!
Last but not least. We quote again from the group “giulemanidallanautica”: “At the General Command of the Harbour Master’s Office comes a new idea: send all commanders (charter) back to the school desks. And this time it is a circular already published on the institutional site and therefore operational. The so-called Governing Course was presented as the consequence of a procedure of a European inspection. But according to the European Commission, Italy was never asked to retroactively supplement Isituto Nautico’s programs. Quite a problem for charter professionals and professional commanders who will have to decide whether to work or go back to school.”

FIND OUT EVERYTHING THAT’S WRONG WITH OUR “DAMN BUREAUCRACY” SECTION.

Police and Carabinieri goodbye: they will no longer check you at sea

Adieu Police and Carabinieri at sea. At last some good news amidst the assaults on boaters’ pockets and the bureaucratic ballast of boating: with an implementing decree (Decree 177/2016 that will take “tangible” effect as early as this summer), the

VHF scandal, all to Rome (at our expense) so we can mash a red button

Will we all be forced to go to Rome in order to press a red button? It would seem so, after the Ministry of Transport prepared a proxy law that will initiate the mandatory adoption of Vhf equipment with DSC

It was the year of the casual hire. Let’s have clarity once and for all

After the classic Italian-style delays, we can finally say this year that casual hiring has really come into operation. So many of you have written to us telling us that you have taken advantage of it in order to perhaps

Summer checks. Please give me the blue sticker so I am safe this summer!

Justthink what would happen if the Ministry of Transportation issued a circular advising motorists to go to the nearest DMV office to apply for an annual preventive inspection of their car in order to reduce roadside inspections. At the end