Watchword: remotorization. Your boat will thank you 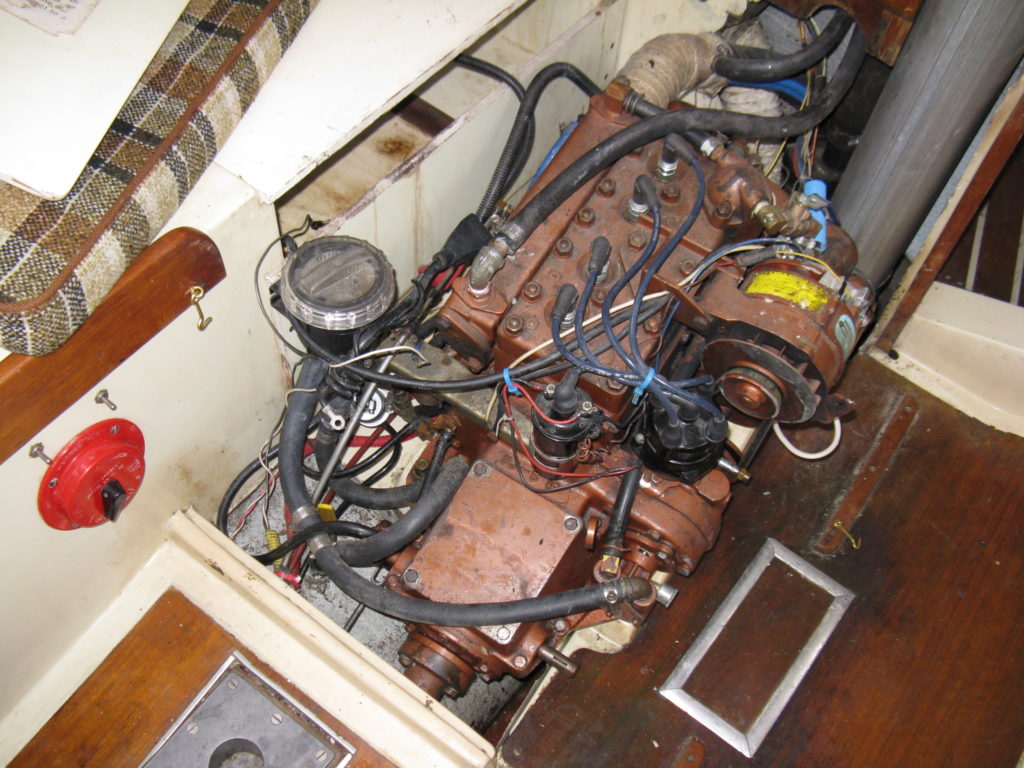 Hands up those who have a 30-year-old inboard engine on their boat-we are sure there are quite a few. They are the ones who go crazy before going out to sea because sometimes it won’t start, who stay hours in the engine compartment cleaning the bilge of oil and coolant leaked from some leak, who have lungs full of foul-smelling exhaust smoke. Instead of continuing to “patch it up,” perhaps it is time to remotorize your boat. Okay, but what parameters to consider so as not to screw up during remotorization? What can be found in the market? What are the pitfalls? Let’s try to answer all these questions, taking a cue from a nice report in Cruising World magazine.

ENGINE? JUST A “PART OF THE WHOLE”
Foreword: If your inboard is about to cross the 30-year mark, you need to take into consideration the fact that if you have decided to replace it there will be other components, in addition to the engine itself, that need to be changed. Things like the exhaust system, wiring harness, control instrumentation, tanks, transmission system, engine shaft, propeller. The new engine you are going to install is only one part of the whole-keep that in mind when calculating your budget so you don’t get any nasty surprises.

DO YOU NEED MORE POWER?
In the 1970s and 1980s many boats, which still sail our seas today, were sold equipped with underpowered engines. “I personally remember a Genoa-Alassio motor crossing aboard a Rimar 31 L against a wave and mistral: we could not advance and had to practically jib back into Savona harbor,” diportisa Beppe Andrisano told us. If you have had similar experiences to his (either because of the sea and wind on the snout, or the current, especially near Straits), you may want to remotorize by increasing the horsepower at your disposal, also as a matter of safety. Yes, but how much? Take an airplane as an example: the power-to-weight ratio is crucial; the heavier the aircraft engine, the more power will be required to gain altitude. This is how the boat works, just like an airplane that stays at sea level.

THE TROUBLE STROKE
You have to find the right balance, so don’t think twice before changing your 30-horsepower to a 75. In the first place, it may simply be too heavy for your boat. Then, since almost all cruising boats have displacement hulls the boat will not glide with the engine: give more throttle to try to exceed the critical speed (i.e., that at which the boat glides, determined by the formula

, where V is the critical speed expressed in knots and L is the length at waterline expressed in feet) will be just a waste. 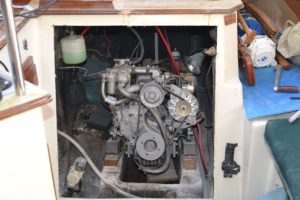 DIMENSIONS MATTER
In addition to the weight of the new engine, you will then have to consider its physical dimensions: will it be possible to make a proper on-board installation using the same engine compartment? Will access points to inspect it be guaranteed? The water pump impeller might be easy to reach when you see the engine on display at your local boat show, but will it be easy to reach once you bolt it aboard? There is nothing worse than a part of the engine that you cannot reach when you need to act fast. 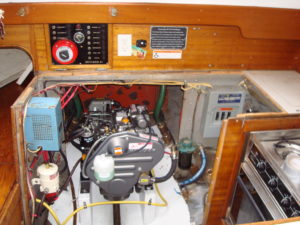 BEWARE OF THE MACHINE ROOM
Finally, remember that for remotorization your engine compartment will require modifications in terms of sound insulation, filter location, and so on? All questions you will need to ask yourself (and the manufacturer) before a potential “ill-advised purchase.” Remember that diesel engines require a significant amount of fresh air to operate properly. Especially if you plan to increase power, you may need to add a ventilation system in the engine compartment to avert the risk of “suffocating” the new system.

READY TO SWITCH TO HI-TECH?
In recent years, the various environmental protection agencies around the world (in America for example, it is the EPA, you may have read that name somewhere) have been working hard to create rules that go in two directions: first, “cleaning up” diesel fuels by reducing the sulfur content, then reducing the emissions caused by combustion as much as possible. 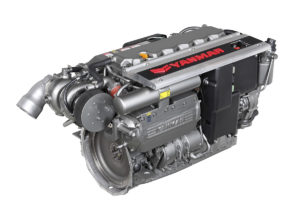 “COMMON-RAIL” DIESEL ENGINES
This has resulted in increasingly high-tech engines that are less polluting and less noisy: such as “common-rail” engines. Basically, this modification consists of a single duct (“common rail” = common ramp) that connects a high-pressure injection pump with a series of computer-controlled “smart” injectors, which provide the right amount of fuel (in the form of spray) directly into the combustion chamber. The “droplets” burn entirely, losses are limited, and thus efficiency is higher (about 12 percent compared to conventional diesels), with high torque even at low engine speeds. You will not have to move a finger (no hand-held air vents, as in old diesels), and only take care of classic filter maintenance. There is only one cons: since these are computerized systems, should something fail to work properly, even the most experienced shipowner would be better off calling in a professional. 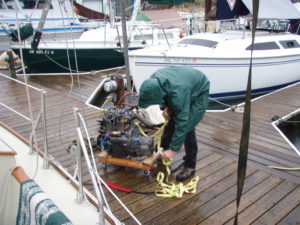 COSTS AND BENEFITS
This technology, more or less, is used for engines of 50 horsepower or more (but exceptions exist), below that you can still find engines compatible with current emissions regulations that operate the old-fashioned way, which will certainly require much lower remotorization costs, avoiding the need for you to “digitize” systems and make a long series of on-board modifications. If, however, you plan to sail for a long and trouble-free time with your beloved one, the concept of “the more you spend the less you spend” applies: in fact, compared to inboards with common-rail technology, conventional diesels will be less efficient (and therefore more expensive in the long run), noisier, and over time it will be increasingly difficult to find replacement parts.

WHAT ARE THE MAJOR INBOARD MANUFACTURERS?
Who to turn to for remotorization? There are many manufacturers of inboard engines for sailboats, here are the main ones:

Facebook Twitter Youtube Instagram
PrevPreviousTECHNIQUE All the secrets to typhoon-proof anchoring
NextDo you want to lighten your maneuvers with textiles and rings? How to do it, why, and who to turn toNext
In evidenza