VELA Cup 2017. Find out all the news. Next appointment May 6-7 Santa Margherita 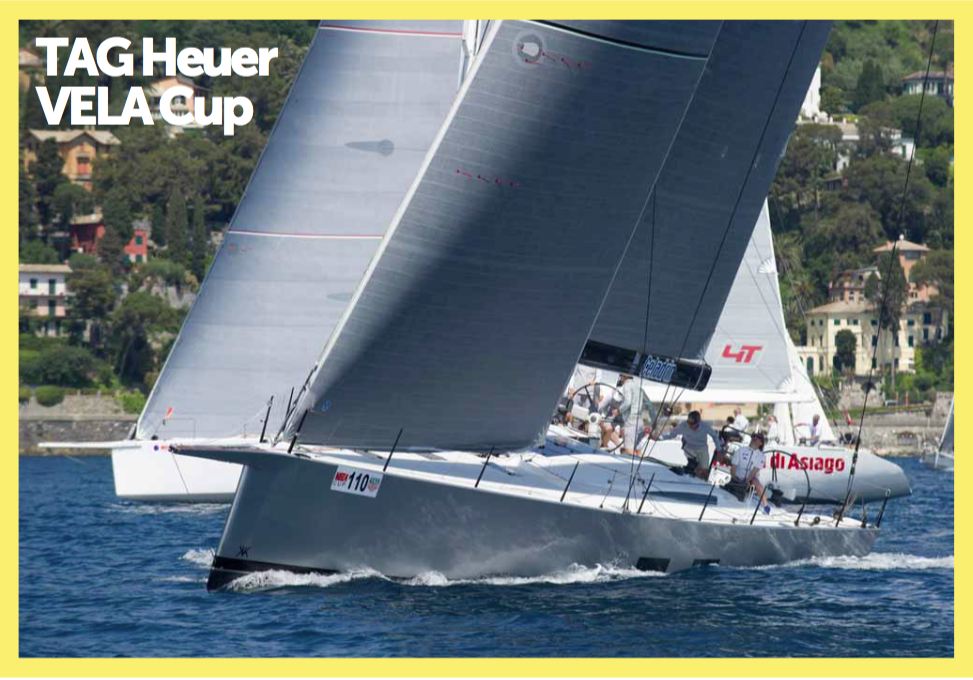 Now in its fourth edition, the TAG Heuer VELA Cup is the circuit of sailing rallies with the largest number of participants in Italy where, in some of the most fascinating locations in the Mediterranean, boat owners and crews, but also simple enthusiasts and curious people, meet for a party at sea and on the dock during a weekend.

The formula is very simple: a sailing competition among boats of all sizes and shapes, with no age restrictions, no bureaucracy or technical complications, with rankings based on length. First come, first served wins. Evening dockside party.

For 2017, a circuit of five events from May to September is planned: 800 boats from 5 to 30 meters, 19,000 enthusiasts involved, 400 prizes up for grabs to the winning crews in fourteen categories, five villages directly on the sea, five Saturday night parties with awards, food and music.

The five stages of the circuit will be held in Santa Margherita Ligure on May 6-7, Portovenere Le Grazie together with the Mariperman on June 10, Venice on Saturday, July 8, Porto Rafael in Sardinia on Saturday, August 20, and Porto Santo Stefano Argentario on Saturday, September 9.

The period is ideal for those going by sea: five events starting at the beginning of May – the beginning of summer – and continuing until September – the end of the season touching, from the Tyrrhenian to the Adriatic, all the most beautiful places to go by sea.

Each TAG Heuer VELA Cup event enhances the original spirit of sailing: sailing together by comparing boats, the most diverse in both size and object value.

All crews mingle without ideological barriers and united by the pleasure from healthy competition.
At the dock, the party unites participants and attracts curious onlookers. The context in which it takes place-ideal locations-amplifies the participants’ propensity for fun and positivity. 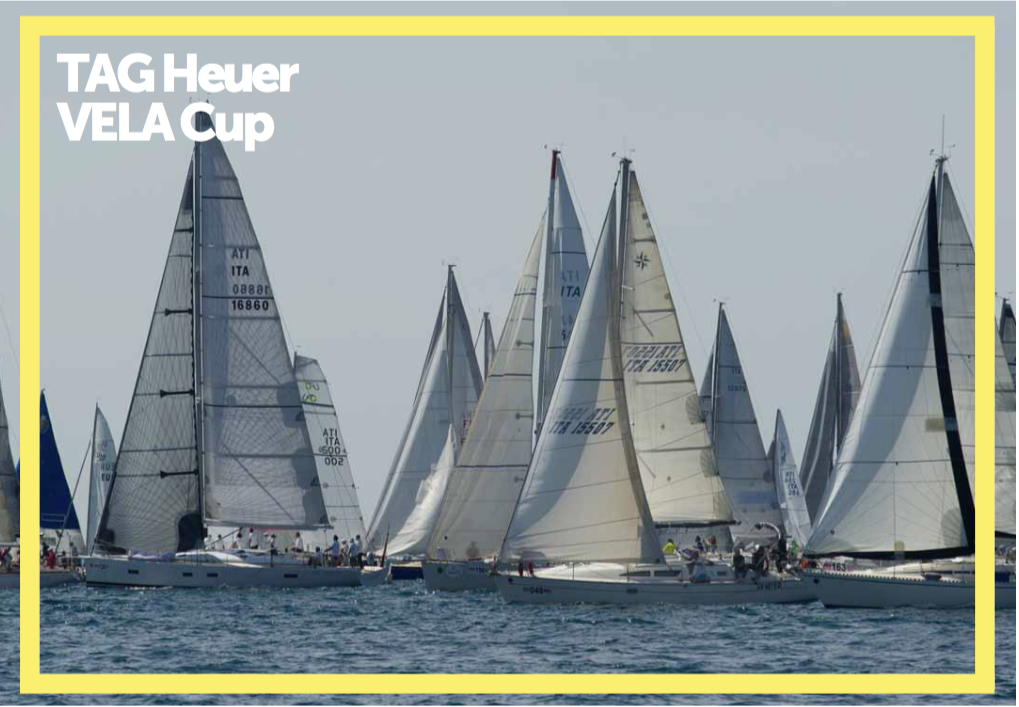 FORMULA. A return to the origins of competitive sailing practice: first come, first served wins. Thanks to the division into homogeneous classes in the “Cruise” and “Regatta” categories, all participants are able to win with any type of boat.

DURATION. The actual regatta no longer lasts three to four hours and takes place on Saturday, so that everyone can participate. It is lengthened or shortened depending on the wind to get everyone in time.

ROUTES. These are coastal regattas, where you start and finish as close as possible to the dockside party venue, where most boats moor. The buoys on the route are islets, rocks, mede that are characteristic of the area, famous for their beauty.

THE DEPARTURE. All together, the more the merrier. The spectacle of the start with hundreds of boats is a joy for those who see it from land and a test of skill for those who participate.

THE EQUIPMENT. You don’t have to be a great sailor to participate in the TAG Heuer VELA Cup, but famous sailors are not excluded; in fact, they participate relaxed, just for fun.

THE BOATS. No foreclosures or barriers. All kinds of boats participate, those famous for their victories and those who had never thought of trying their hand at a competition.

LOCATION. Each venue is one of the area’s most attractive and well-known harbors, where there is a high concentration of sailboats, so as to ensure safe and large participation. They are “lairs” of true enthusiasts.

AWARDS. Almost all participants (about half) win a prize, either for competitive achievement or for beauty, special features of the boat, or crew attire. There is recognition for the newest addition as well!

THE AWARD CEREMONY. It is a real celebration in which all crews and supporters participate. They attend en masse because only then are the winners revealed.
It takes place early in the evening, just hours after the end of the sea race. Each award-winning boat takes the stage with its entire crew.

THE FEAST. After the award ceremony, instantly, the party begins. Food, wine and music for those who won and those who lost. Many tales and memories in a true melting pot of sailors.

SERVICES. Participating in the TAG Heuer VELA Cup is easy, you register on the dedicated website. Moorings at special prices along the event quay and in nearby ports. Free shuttle service for boats anchoring in the roadstead. 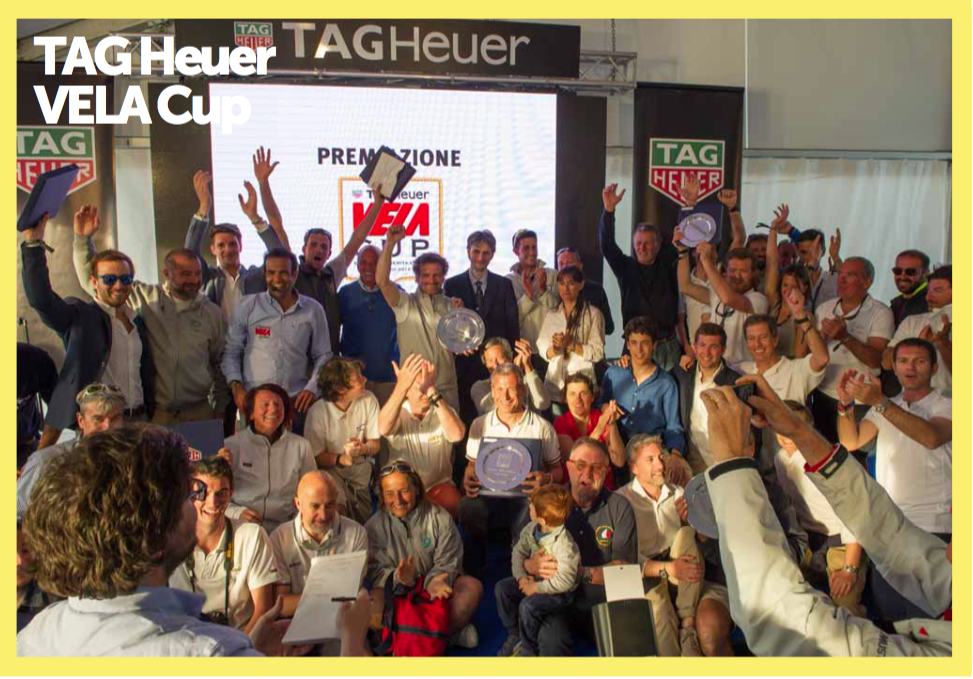 ALL THE NEWS OF 2017
The fourth edition of the TAG Heuer VELA Cup retains all the characteristics that have made it a success, but broadens its horizons to keep up with the demands of a fast-growing event. Here are the main new features:

PrevPreviousThe VELA Cup circuit: boats and sailors of all backgrounds and levels. With passion as the glue
NextVELA Cup Circuit 2017: 5 dates in 5 sailing paradisesNext
In evidenza