Tommaso Chieffi: you try to win more than him! 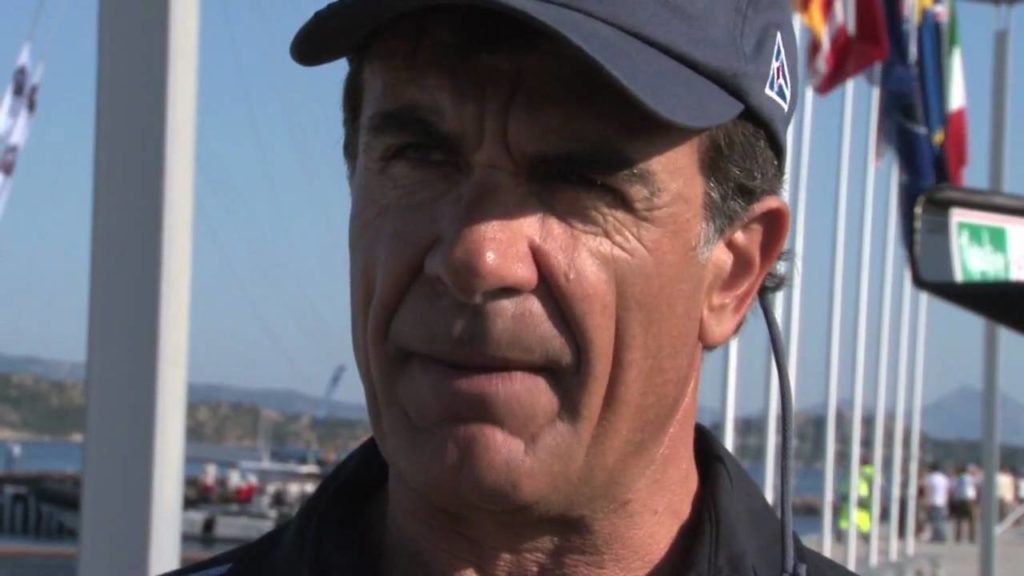 Tommaso Chieffi. A multifaceted sailor between dinghies and offshore, his career has seen him awarded five gold medals for athletic valor, two silvers, five bronze. We awarded him Sailor of the Year in 1998. In 1985 he won the 470 World Championship with his brother Enrico, after they finished fifth in the 1984 Los Angeles Olympics. The two brothers were the “enfant prodige” of sailing and participated in two America’s Cup challenges, the ill-fated Italia in 1985 (helmsman in 1987) and the glorious Moro di Venezia in 1992. Once the two brothers’ paths parted, Tommaso won the 1995 Admiral’s Cup and participated in the most important offshore races, winning back-to-back world titles (he collected many, almost 30), until returning to the America’s Cup with Oracle in 2003 and as tactician of Shosholoza in 2007. In the same year, he won the Volvo Ocean Race as inshore tactician for the Dutch team ABN Amro. To go through his very long list of accomplishments, we suggest you take a look at his wikipedia page.

WHY WE HAD REWARDED HIM
Taken from The Journal of Sailing, March 1998. “Thirty-six years old, born in Antwerp (in Belgium), raised in Marina di Carrara and now residing in Milan, Tommaso Chieffi has also inevitably been the talk of the town during the 1997 offshore sailing season. His most prestigious achievement was winning the IMS Italian title at the helm of Osama Cesa 1882. On the same boat he won the Tyrrhenian CHS and IMS National Championship in Capri and finished second in the IMS European Championship in Punta Ala. Internationally, he was busy at the helm of Paolo Gaia’s Mumm 36 Breeze, taking third place in the world and being part of the Italian third-place team at the Admiral’s Cup. Meanwhile, he won the Giro d’Italia with San Benedetto del Tronto alternating at the helm with Vasco Vascotto. In September he concluded his successful year by winning the ILC Maxi rainbow title aboard Sayonara alongside the famous New Zealand helmsman Chris Dickson.” 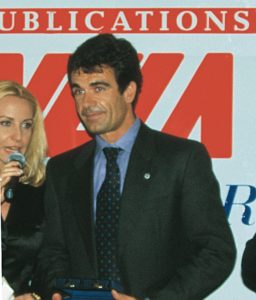 WE HAD WRITTEN ABOUT HIM
Taken from The Journal of Sailing, March 1998. “Thirty-six years old, from Marina di Carrara, Chieffi received the award that, for the past seven years, Il Giornale della Vela has presented to the Italian sailor who has most distinguished himself or herself during the just-completed racing season. Successes in 1997 (IMS Italian Championship, Giro d’Italia, Tyrrhenian National Championship and ILC Maxi World Championship) gave Chieffi his third Golden Helm nomination in just four years. In fact, he came very close to victory in both 1994 (first place in the Mumm 36 European circuit at the helm of Mumm a Mia! and Italian IMS champion) and 1995 (winner with the Italian team of the Admiral’s Cup, again at the helm of Mumm a Mia!). This was also the reason that led the jury to award him, thus wanting to give due recognition to the most consistent Italian helmsman in recent years.

“On the stage, waiting for the name of the Sailor of the Year to be announced, I was very excited,” says Tommaso Chieffi. “I had already been nominated twice for major achievements: winning the European Mumm 36 and the Admiral’s Cup, which, however, had not been enough to win me the Golden Helm. So, this year, I said I hoped it was not a lifetime achievement award, a joke to take the edge off. It is a very nice award to win, and next to such important sailors as Devoti, Vascotto, and young Bursic, I was afraid I would go unnoticed again. On those two occasions, however, I had realized that more needed to be done. In ’97, given my regatta schedule, I think I gave it my all, letting only the IMS European slip through my fingers because of a floating log. With this victory I want to thank especially Silvia Berti (her press office), who was instrumental in making my achievements known to the general public.”