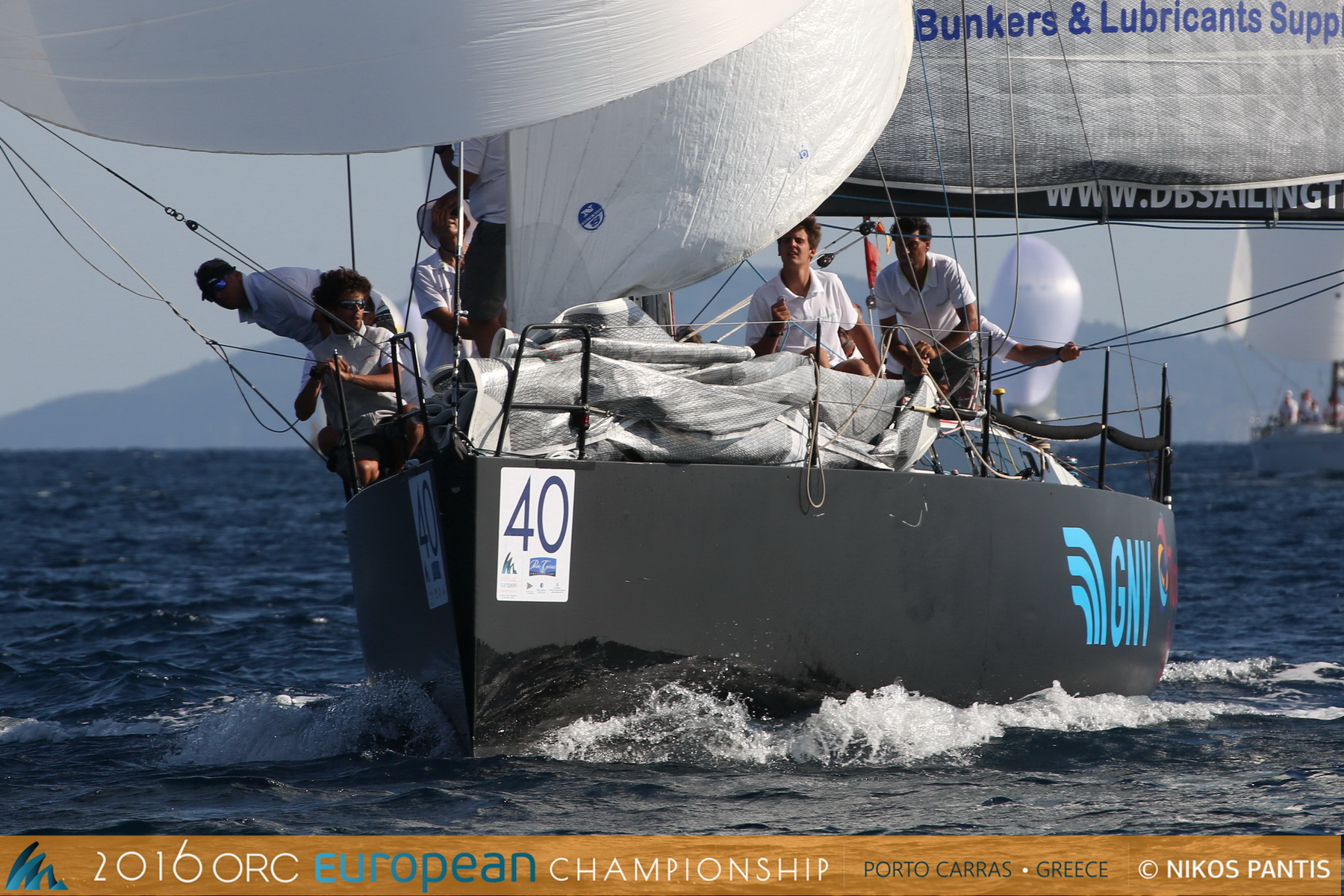 The news was in the air and snaking from dock to dock, the official communiqué of the Italian Sailing Federation made public the disqualification of Enzo De Blasio’s NM38 S Scugnizza from all races of the ORC European Championship held in Porto Carras, Greece, July 3-10, 2016. The decision was made by an International Jury convened in Athens to judge the heavy accusation of unsportsmanlike behavior that had been levelled at the Italian hull. Scugnizza had in fact won the European title. in his grouping, a title that is then awarded to Estonia’s Aivar Tullberg, who with his Arcona 340 Katariina II thus becomes the 2016 ORC European Champion in Class C. Ott Kikkas’ Italy 9.98 Sugar, another Estonian boat, moves up to second place and Baximus, Baxevanis Athanasios’ Greek X-35, to third. The Italian boat was charged with “Serious Misconduct” (Rule 69), having broken Rules 2 (Correct Sailing) and 78 (Compliance with Class Rules; Certificates).

“The decision was difficult and took a long time to arrive because of the complexity of the issues related to the differences noted in the trim of tonnage and in navigation. We applaud the Jury for upholding the integrity and principles of our rules and our sport,” said Bruno Finzi, ORC President.

From the information we have gathered it would seem, (we use the conditional because we are not the International Jury and it is not up to us to explain), that the Scugnizza affaire would revolve all around a “locker story.” Scugnizza would in fact have arrived at Porto Carras with watertight, closed lockers that would have been loaded with water ad hoc to weigh the boat down during the tune-up and obtain a better rating, keeping them loaded even during the ritual checks to confirm the boat was in line with the certificate.Water that would then be discharged during the races. An “artificial” weight increase added to additional ballast placed elsewhere on the boat and, according to the ORC, regularly declared. It would be photos that would betray the different boat set-up between the “port” and “race” modes. However, this accusatory setup, put in place after the European, is based only on calculations and photographic surveys cross-referenced with information from the stewards who checked the boat during the European. According to the ORC the boat’s previous certificate stated a displacement of 4918 kg (weight confirmed in Palermo during the Italians that Scugnizza would have done with its regular trim), 1300 kg less than what was declared at the European with the displacement of 6236 kg. The boat has Porto Carras had been repeatedly measured, even passing a tonnage protest unscathed.

A real spy story involving a boat that has won a lot in recent seasons both nationally and internationally-a story that hurts the offshore movement and we hope to disprove it soon. To shipowner Enzo De Blasio the right of reply, if any.

A thorny situation that brings to light a serious and recidivist reality of the ORC fee regatta systems. If the case in question happened at a rainbow event where the staging staff do their job and the competitors are checked several times during the event, what happens in the many, many championships in which there is no form of control? “Doping” a boat to obtain a more favorable tonnage certificate, without worsening its performance, is in fact a dirty game practiced by many even in championships of little or no value, the so-called races for all. This is not so much an indictment of the ORC institution, but rather a call for reflection for all shipowners. Where the controls are not in place, it is easy for a spinnaker staked out as “fractional” to actually be used at the masthead, a propeller claimed to have fixed blades to actually be felled, a standard rudder to actually be made of carbon, and so on, the list is long and painful. The ORC tonnage in the simplified version (ORC Club) in fact, while on average worse from a “final number” point of view, leaves to the common sense and good faith of the owner the accuracy of the measurements and characteristics of the boat declared in the certificate. In a winter league, for example, where most boats run with simplified certificates, it often becomes a challenge to compete against compliant boats. This is certainly not the case for Scugnizza (Italians, European and World Championships are run with the most accurate Orc International tonnage which involves the direct intervention of a staffer in surveying the boat’s measurements and characteristics), a much more complex issue, but it serves as a cue to open a broader reflection.

Many might say: there are protests of tonnage, learn how to make them. Yes, there is no doubt: we should all learn to make tonnage protests not only when it comes to a World Cup or an Italian. But how many of those who race loyally feel like poisoning themselves on a Sunday at sea by entangling themselves in a tonnage protest? At this point could it not be, in the interest of the whole movement, the Committees and Juries to raise awareness and, why not, monitor, verify and intervene even without a competitor’s protest of tonnage? Reflection is open.