Symbols: do you know what they mean? Small guide for not making mistakes

Icons, colors, numbers, descriptions. In the weather maps we all consult, it is taken for granted that we all know what they correspond to and, more importantly, what they indicate. But we are not meteorologists by trade! Here is a small guide to the meanings with some tips. So that you don’t go astray and navigate safely. 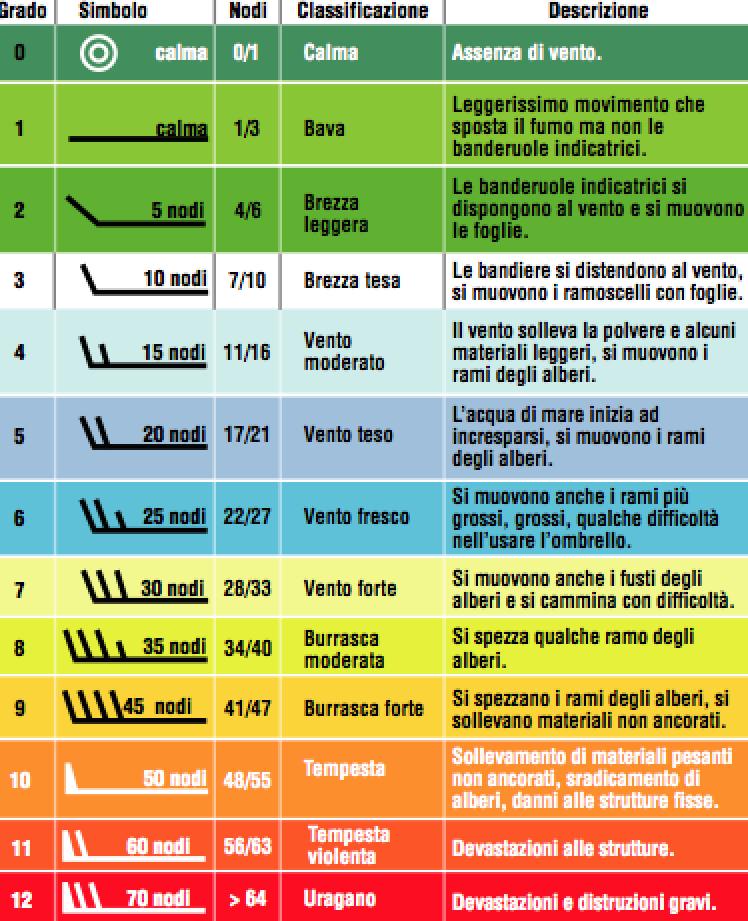 Before the classification created by British Admiral Francis Beaufort in 1805, the measurement of wind intensity was left to the intuition of sailors. Beaufort’s merit was to create a scale from 0 to 12, from calm wind to hurricane, describing the practical effect. An empirical method that later became the official classification, still in effect today, which is issued by weather bulletins. the problem of graphic reproduction on weather maps arose a hundred years later. The solution are those “legged darts” that we see on the forecast charts, and in recent times a specific color has also been associated with the Beaufort scale grades. In the table to the left you will find in one document all the data and symbology used by most weather forecasters around the world. Above you will find the classic wind rose ch associates the direction from which the wind blows with common names. It endures unchanged since the Middle Ages by the Majorcan school of cartography. 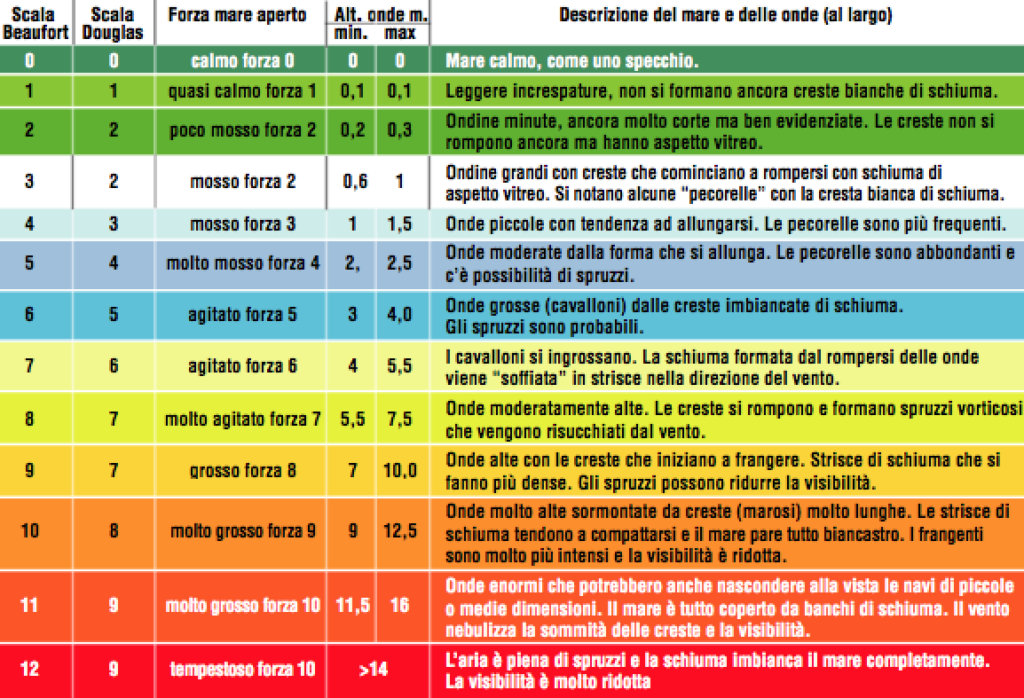 There are two scales used to measure sea state: the one reworked from the Beaufort Scale with the classic 12 degrees taken from the wind force scale and the sea-specific Douglas Scale, which has nine degrees. It is worthwhile to ascertain by consulting a weather forecast whether the sea state scale used is one or the other, even if the differences are small. The big difference is that the Douglas scale when offshore waves exceed 10 meters expresses its highest degree, 9 while the Beaufort reworking divides the height from 10 meters and up into several bands, up to 12. Above you will find the five symbols that the normal weather forecast uses to display sea conditions. They don’t serve much purpose; it pays to look into it. 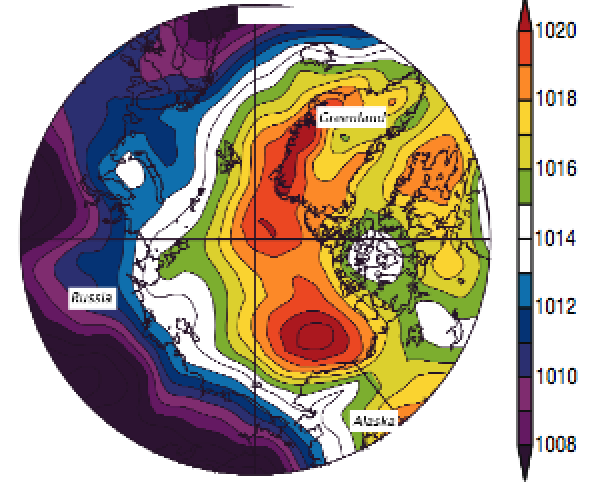 Charts showing barometric pressure have become the heritage of those “hustling” with weather forecasting, the more advanced weather sites also provide this data. The simplest empirical method for understanding weather patterns is to compare at different future time periods what the pressure change is in the area where you are or want to head. Here is the basic rule of thumb: a 1-2 hPa drop in 3 hours usually anticipates a worsening that manifests roughly within the next 24-48 hours. A decrease in pressure of more than 2-3 hPa in 3 hours is usually an unequivocal symptom that weather conditions tend to worsen within the following 12-24 hours. A drop of more than 5-6 hPa in 3 hours, on the other hand, stands for deterioration already in progress or imminent, precipitation and winds may be quite violent. 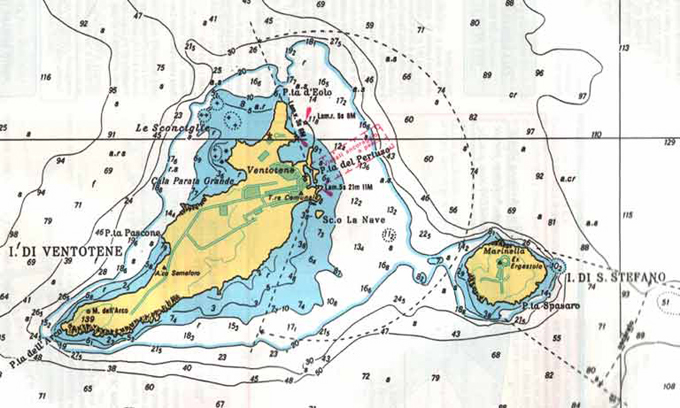 Checking the condition of the seabed where one sails or will sail is a duty for the conscious boater. It is not enough to rely on the convention adopted by nautical charts (paper and digital), which indicate with colors ranging from white to light blue to dark blue, with an intensity that increases with the depth of the area depicted. So-called bathymetrics should also be observed, which are represented by thin continuous lines joining points that have the same depth. The paper is usually checked to avoid shoals or shallows. But they also have another important function that serves, empirically, to understand how the sea state will evolve in a given stretch of shipping. Waves that are hardly noticeable in deep water if they reach a seabed that rapidly rises, for example from 150 meters to 10, abruptly rise and create a confusing and uncomfortable sea. Try it to believe.

PrevPreviousBaltic returns to the “little ones.” Here is the new 67 Performance Cruiser
Next“Neither rich nor hippie: we are ordinary people who have chosen to live by boat.”Next
In evidenza