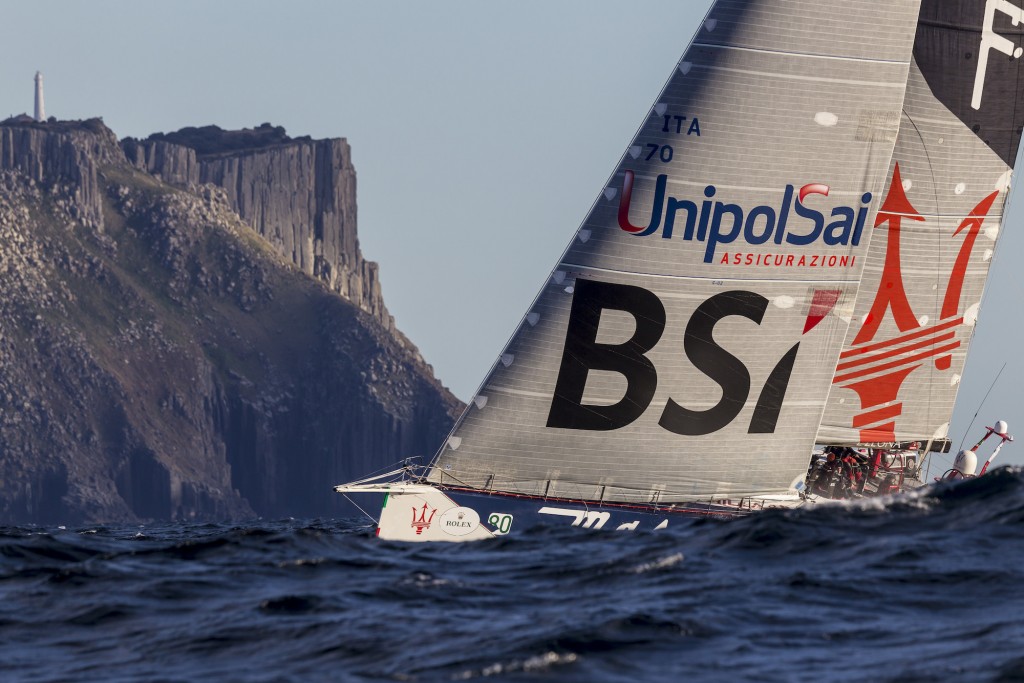 UPDATE December 29 – “The Sydney-Hobart is the most beautiful and perhaps one of the toughest regattas in the world. You start in Sydney Bay, sail through the legendary Bass Strait, and arrive in Tasmania, a wild and far-flung piece of land. There are the coolest boats of the moment, and we put a lot of them behind us…. On Maserati we made some mistakes and some very good things. But mostly, when the going got tough, we played like tough sailors. And now in Hobart, tied up the boat safely and after more than a few beers, as per seafaring tradition, we are just happy!!!“. So wrote Corrado Rossignoli, one of the thirteen members aboard Maserati, the VOR70 captained by Giovanni Soldini, on his Facebook profile.

MASERATI IN FOURTH POSITION
At 11:54:33 local time (00:54:33 GMT, 01:54:33 this morning in Italy) Maserati crossed the finish line of the 71st edition of the Rolex Sydney Hobart Yacht Race, one of the toughest historic international regattas, in fourth position. The Italian Vor 70 covered the 628 miles separating Australia from Tasmania in 2 days, 22 hours, 54 minutes, 33 seconds.

Dec. 28 – It could only be so. Following the withdrawal of Wild Oats XI (Bob Oatley’s 100-footer, winner of eight editions of the race), Comanche, tycoon Jim Clark’s hi-tech 100-footer, took line honors in the Sydney Hobart, the most famous race in the South Seas (628 miles from Sydney to Hobart via the infamous Bass Strait). As we write the Hodgdon 100 has arrived in the Tasmanian port of Hobart after 2 days, 9 hours, 58 minutes and 30 seconds. She is the second American boat to win in royalty after Larry Ellison’s Sayonara in 1998. Instead, there were 50 miles to go for Rambler, George David’s 88-footer, and 70 to go for Ragamuffin 100, the 100-footer of race veteran Syd Fischer. Surprisingly, in fourth position is Maserati of our own Giovanni Soldini, about 100 miles from the finish, ahead of Matthew Allen’s Ichi Ban. Updates will follow…