STOP VOTING! Here are the 25 Magnificent Sailors of the Year

The second phase of the poll to select candidates for TAG Heuer 2016 Sailor of the Year was also a success, with over 9,000 votes on our website.

CHECK OUT HOW THE SURVEY WENT HERE

Added to those of the first round, they come close to 20,000, demonstrating the popularity the prize, awarded since 1991, enjoys in the Italian sailing scene. To the side you will find the rankings of the “Magnificent 25” remaining in the competition, complete with the number of votes: you chose them, and now your opinion will still matter. The jury that will choose the five finalist candidates for the Sailor of the Year (by the way, you can meet them on Friday, May 6, at the VELAFestival in Santa Margherita, during the Evening of Champions, in which the winner will be revealed) will also take into account your preferences expressed during the third phase (March 31-April 14).

THE STRENGTH OF THE “SOCIAL GENERATION”
Looking at the ranking above, we can make a few considerations: first of all, we take note of the large court of admirers that Roberto Tomasini Grinover, owner of the successful Robertissima series of boats, has been able to build, to the sound of results. But above all, of the many fans ofEdoardo Ferraro and Francesco Orlando, the two young 420 champions who won the Under-17 rainbow title in Japan: 1,100 votes, garnered by hammering them on social media. After all, who better to embody the “social generation” than teenagers? Not surprisingly, the ranking has many young people in the top spots: optimist Riccardo Sepe, foiling specialists Matteo Pilati and Francesco Rubagotti, and Hobie Cat performers Alessandro Cesarini and Diana Rogge. As well as 470ists Giacomo Ferrari and Giulio Calabrò and the very strong optimist Gaia Bergonzini.

MINISTS, BOATS AND TACTICIANS IN THE TOP TEN
Great credit was given to Ambrogio Beccaria Balduzzi, Italian Mini 6.50 Series Champion, and his particular story: he went to retrieve a wrecked Mini in Portugal, repaired it by sweating tears and blood making it competitive, eventually winning the national title. Also in the top ten is the 1976 Hallberg Rassy 41 Gianin VI, two-time Giraglia winner Duccio Colombi, key man behind the successes of Giuseppe Giuffré’s Low Noise II (also overvoted, in tenth place).

A VERITABLE PARTERRE DE ROIS
Scrolling down the ranking then we meet Stefano Chiarotti and Luca Domenici, two worthy owners: the former won the Italian Offshore X2 Champion title, the latter triumphed at the European J/70 Championship. Filippo Vincis (silver at the European Under 16 O’pen BIC) follows ahead of Vasco Vascotto: the Muggiano sailor with 25 World Championships in his career – the last one won in 2015 with Azzurra – is the most titled sailor in the world! Then there are Niccolò Bertola and Jacopo Izzo, Vaurien World Champions and Giancarlo Pedote, arguably the strongest ocean sailor Italy has right now, fresh winner of the Transat Jacques Vabre; Salvatore Mantaci, Marcello Persico, head of the world’s most cutting-edge shipyard of the same name, Roberto Lacorte, winner of 151 Miglia and world Mini Maxi on the Vismara Mills 62 Supernikka (also passed the round), Giulia Conti and Francesca Clapcich, who have reliably achieved a historic “hat trick” by triumphing at World, European and Italian 49er FX. Closing the “top 25” list are Gianluigi Ugolini and Maria Giubilei (European SL16 bronze), Paolo Giargia (European U19 Laser Radial bronze) and Alessandro Fornasari (European U18 Laser 4.7 silver). 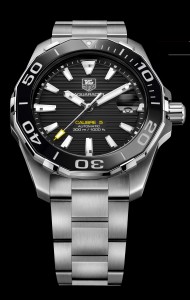 Facebook Twitter Youtube Instagram
PrevPreviousSailor of the Year, off again tomorrow: ready to vote among the magnificent 25?
NextThere’s one more Sailor of the Year in 2016: the award for the best Young, here are the “hopefuls”Next
In evidenza