Stop the vows! Here are the four greatest sailors in history (in your opinion)

Stop the vows! In the meantime, thank you, as always there were so many of you who wanted to point out to us who, in your opinion, was the greatest sailor in history in this first elimination round. From the initial 30 names (
BY THE WAY: HERE YOU CAN FIND ALL THEIR STORIES
) we have thus arrived at the names of the 4 who, starting tomorrow at 1 p.m., will play for access to the “grand final” in two semifinals (first against fourth, second against third by number of votes). And it will still be your turn to vote for your favorite. But let’s come to the four top vote-getters.

We are not surprised by the first two, Agostino Straulino and Eric Tabarly, undisputed sailing legends, or the third, Bernard Moitessier. But the sailor who occupies the fourth place in terms of preferences expressed surprised us a bit: he is Francis Joyon, the French sailor who currently holds the record for solo round-the-world sailing. He undermined the likes of Joshua Slocum, Peter Blake, Robin Knox-Johnston. Let’ s find out the stories of the four semifinalists (the challenges will be structured as follows: Straulino-Joyon and Tabarly-Moitessier). Instead, at the bottom of the article you will find the poll rules and the special prize for you.

THE FOUR SEMIFINALISTS (IN ORDER OF NUMBER OF VOTES)

1. AGOSTINO STRAULINO
The man who “felt the wind.” 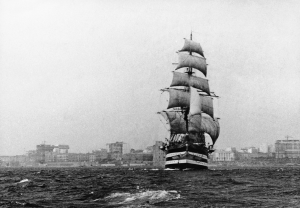 The incredible string of European titles won consecutively (eight, from 1949 to 1956, paired with Nico Rode) the world championships and Olympic gold take on even greater value when one considers that Agostino had major vision problems following an accident during a port demining operation. But it was enough for him to “feel” the wind.

Because: Straulino is universally considered the greatest Italian sailor, a man of incredible talent. 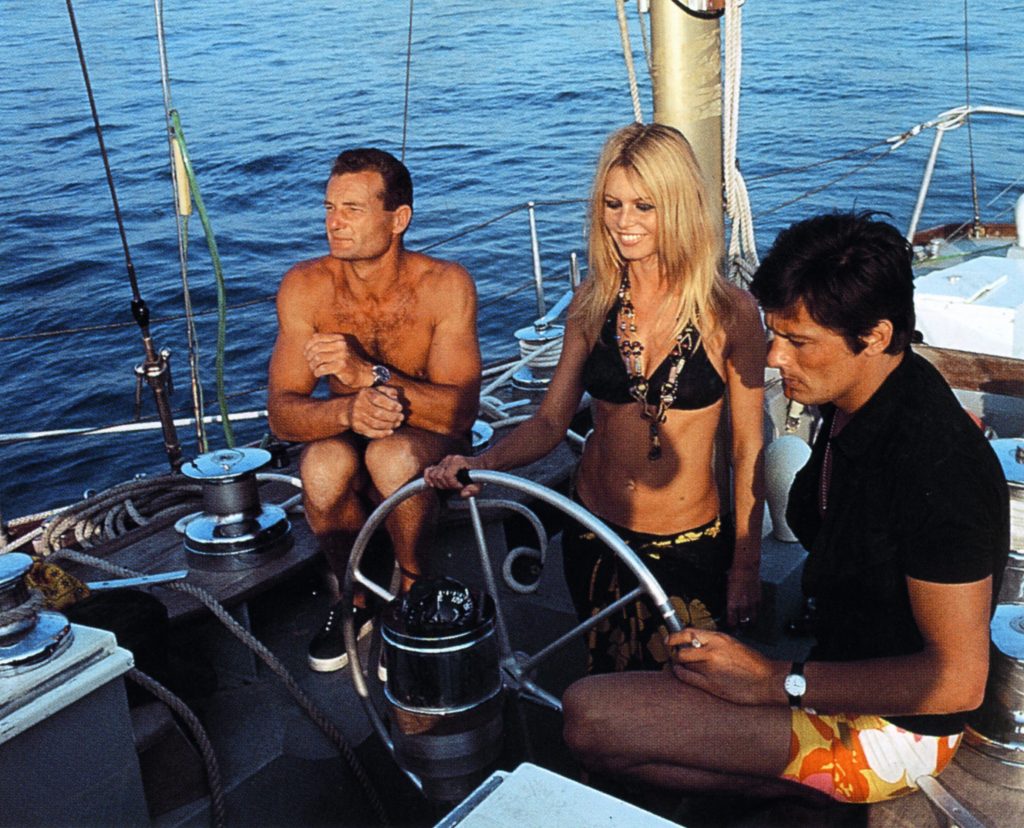 2. ERIC TABARLY
He who looked ahead (and left everyone behind)
Tabarly, who was born in Nantes, Brittany, in ’31 and disappeared in the ocean waves off the coast of Wales in 1998 while aboard the Pen Duick, his family boat, is considered by the French to be the greatest sailor ever. Listing his accomplishments is not easy; in 1964 aboard the Pen Duick II he won the Ostar. 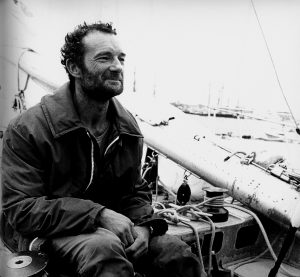 Because: Tabarly was the “Miles Davis” of sailing. Always ahead of others, both competitively and technologically. Myth. 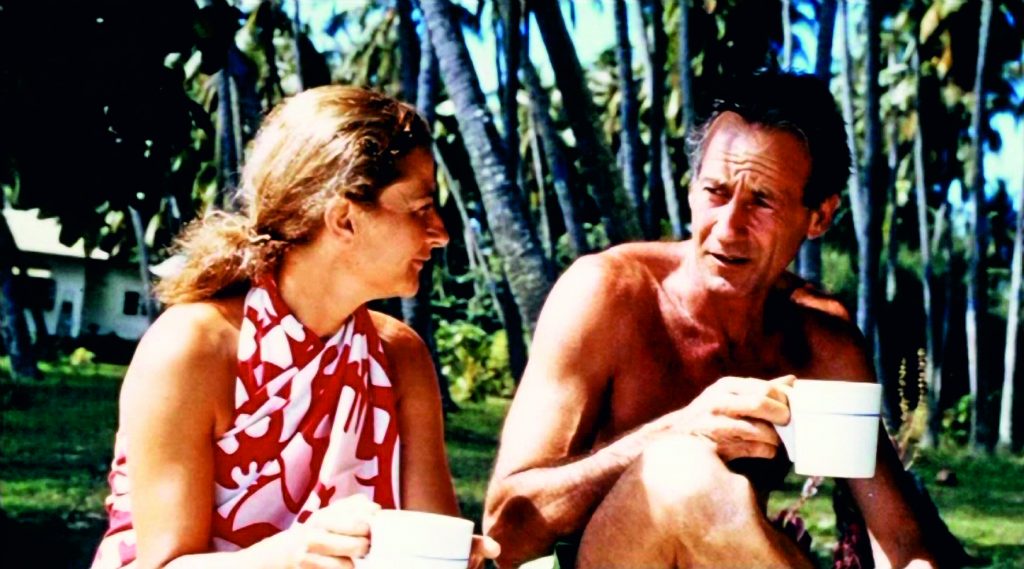 3. BERNARD MOITESSIER
The most romantic of romantics
Bernard was born in 1925 in Vietnam, then called Indochina. In ’52 he crashed into rocks in the Indian Ocean; three years later, aboard a self-built boat, he sank off St. Vincent. In 1962 he bought the steel ketch Joshua, and in ’65 with his wife Francoise he completed the longest nonstop crossing: from Tahiti, Polynesia, to Alicante, a total of 14,216 miles ground in 126 days.

1968 saw him engaged in the famous Golden Globe where he decided to make his way to Polynesia to stay there. “I did this to save my soul,” he would declare. An ante litteram ecologist, in 1975 he decided to build a house with his own hands on the tiny atoll of Ahe in Polynesia. He will shipwreck again in 1982 with Joshua in Mexico. Stricken with cancer in ’88, he died in 1994.

Why: He is the first (and greatest) “romantic” navigator of the contemporary era. 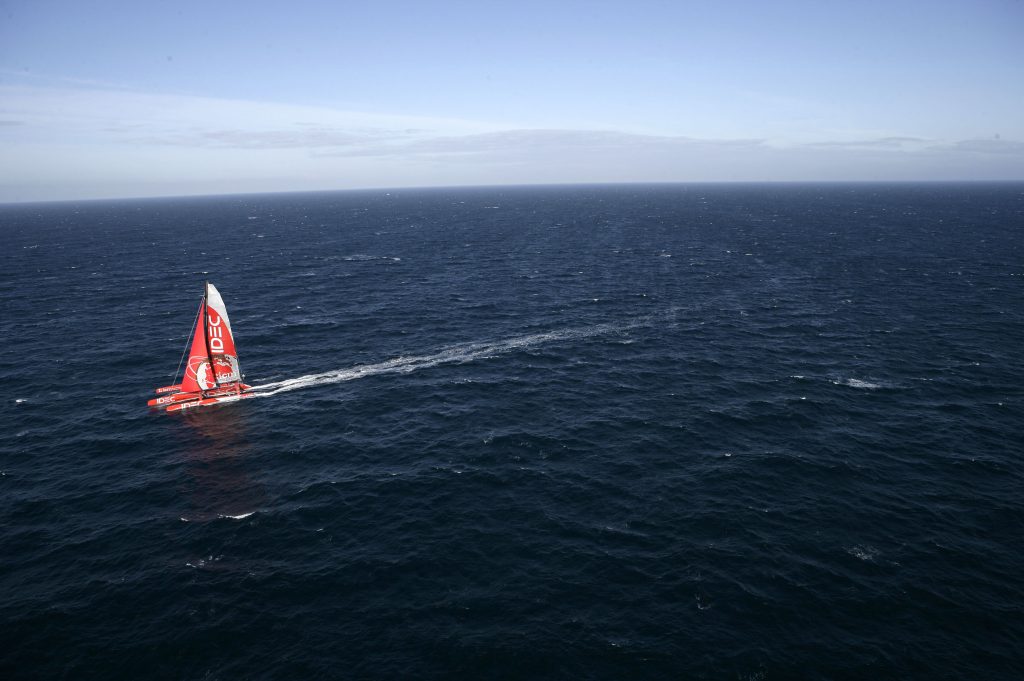 4. FRANCIS JOYON.
The world’s fastest solitaire
The fastest loner around the world was born in 1956 in Hanches, on the agricultural plain of the small and remote Eur et Loire region. Joyon is the current holder of the all-time solo round-the-world record (57 days, 13 hours and 54 minutes), accrued in 2008. He had already won the record in 2004 aboard the trimaran Idec, shattering the previous record set in 1989. He would be beaten the following year (by only one day) by Britain’s Ellen MacArthur.

But Joyon did not lose heart and, aboard the new 30-meter-long Idec, with an average speed of 19.09 knots achieved an achievement that still endures. A loner at sea and in life, he is a shy and reserved type: a “sponsor chaser” who, in the world of ocean sailing, ends up being a romantic stereotype.

Because: He is currently the man who has completed the nonstop solo round-the-world trip in the shortest time.

“I felt alive participating in my first Barcolana.”

And there it is, all the magic of the Barcolana. We are told about it by a reader, Roberto Veronese, who with his Grand Soleil 40 Pagnotta was on his first experience at the world’s most famous and crowded regatta.

It was the year of the casual hire. Let’s have clarity once and for all

After the classic Italian-style delays, we can finally say this year that casual hiring has really come into operation. So many of you have written to us telling us that you have taken advantage of it in order to perhaps

The 48th Barcolana is our third major success. Thank you readers

Among the 1758 boats at the 48th Barcolana were our two glorious crews of readers of the Sailing Newspaper aboard two boats that were very different in history and performance, but they definitely stood out in the crowd. Rendezvous for

We are introducing you to the 30 legends of sailing. Now it’s your turn to choose the greatest sailor of all time. Pelaschier represents a turning point in Italian sailing. Born in 1949 in Monfalcone, Gorizia, Italy, into a family