Six years in the boat without missing a day of school? You can!

So many times, when we talk about dropping everything to sail around the world on a boat, the main impediments are always the same: family, children going to school, money, work that we will not find when we return…

All valid speeches, but today they are increasingly losing relevance thanks to… the Internet! Yes, because the opportunities to work wherever you are in the world are multiplying. More importantly, school programs made specifically for distance learning are also increasing. An example? The Sail for Good project. 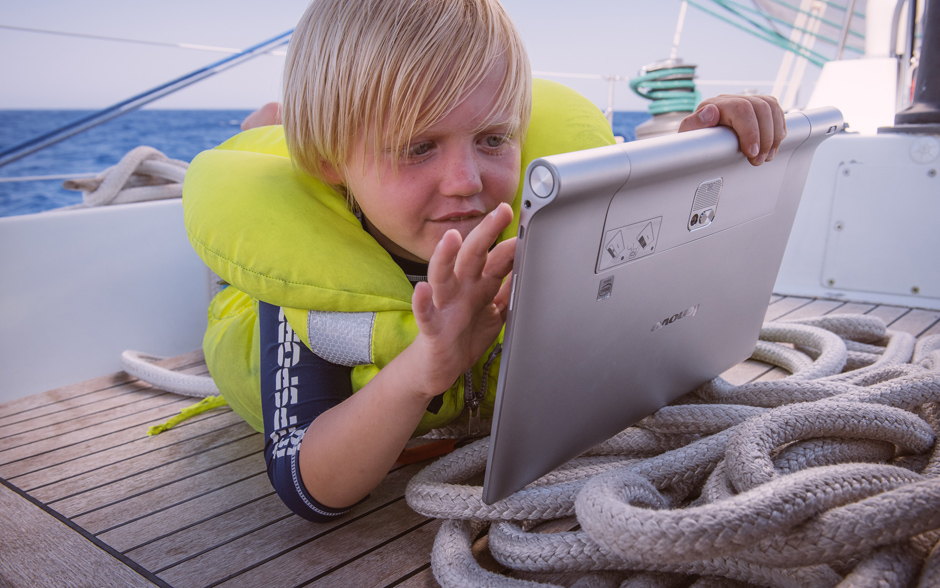 Take a “normal” Finnish family, consisting of a father, mother, and three young children, who dream of leaving everyone’s life behind and embarking on a world tour–slowly. He, Tuomo, a successful background in the tourism industry; she, Riikka, an internet communications expert. The first step was to contact the Finnish Ministry of Education (which, to be fair, was already considered to be at the forefront of distance learning programs), to set up a special plan for the couple’s three children, ages seven, five and three.

“It was clear to us from the very beginning,” Tuomo tells me when I meet him in Sardinia, as the family prepares for the long voyage that will take them out of the Pillars of Hercules, into the Atlantic Ocean, “which What we wanted to accomplish was not a ‘simple’ world tour, but something that could leave a mark. That’s how we came up with the idea of using the advantages of technology to create an educational project that was not only dedicated to our children, but also to the children of the places where we would be stopping during our world tour“.

An ambitious project, not least because six years on a boat around the world requires challenging funds (and here we come back to the economic problem). “At the beginning of the project we didn’t really know where to turn, first of all because both my wife and I studied economics, we certainly can’t call ourselves teachers. I have major problems with dyslexia and had my fair share of problems in school. However, we didn’t give up and started contacting different technology companies with teaching programs, with the idea of creating a real digital school to follow on the boat. was a very long challenge, consisting of hundreds of emails and phone calls. In the end, our efforts were rewarded: we brought together more than twenty companies that believed in the project and that we repay with various promotional activities on social networks“.

SCHOOL IS A SPECIAL BOAT

In practice, Tuomo and his family turned their boat, a Swan 57 designed by Sparkman & Stephens, into a small electronic platform, with various hardware containing learning programs. Instead, a portion of the classes are conducted via Skype. Of course, we assure you, it is strange to see such an amount of technology aboard a 1982 boat. 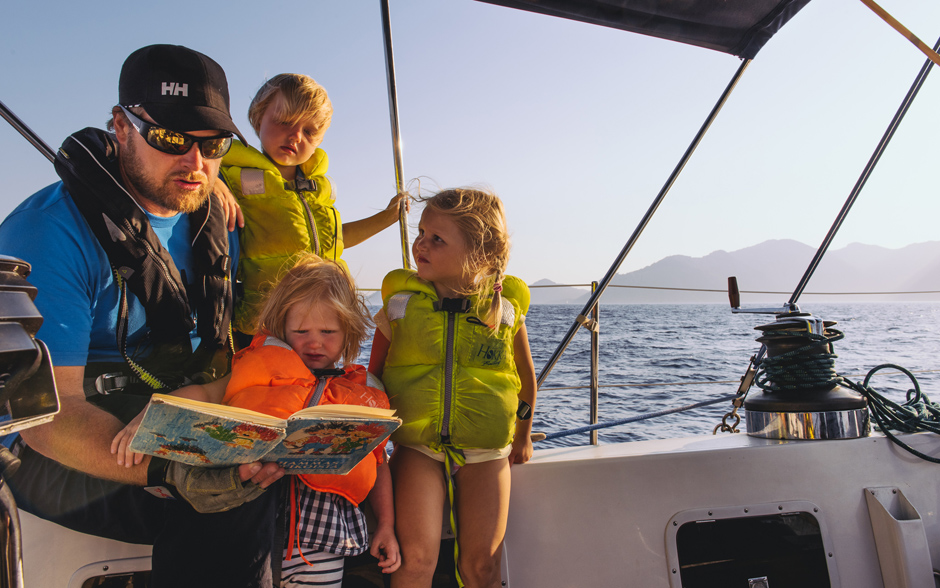 “We purchased Panacea in 2012 and put it through a lot of work, including in preparation for our world tour. For example, we replaced all the electronics. Some work also involved the rig; in fact, we decided to modify the mast and rigging to make the boat more maneuverable. The list of work done is really very long….“.

A TOUR OF THE WORLD… QUIETLY

Tuomo and his family have also been preparing for this adventure from a practical standpoint for the past two years. The boat has been based in Turkey, and each vacation has been an opportunity to test not only the family’s seafaring skills but also … living together on board! Six years in the boat is definitely a long time…. 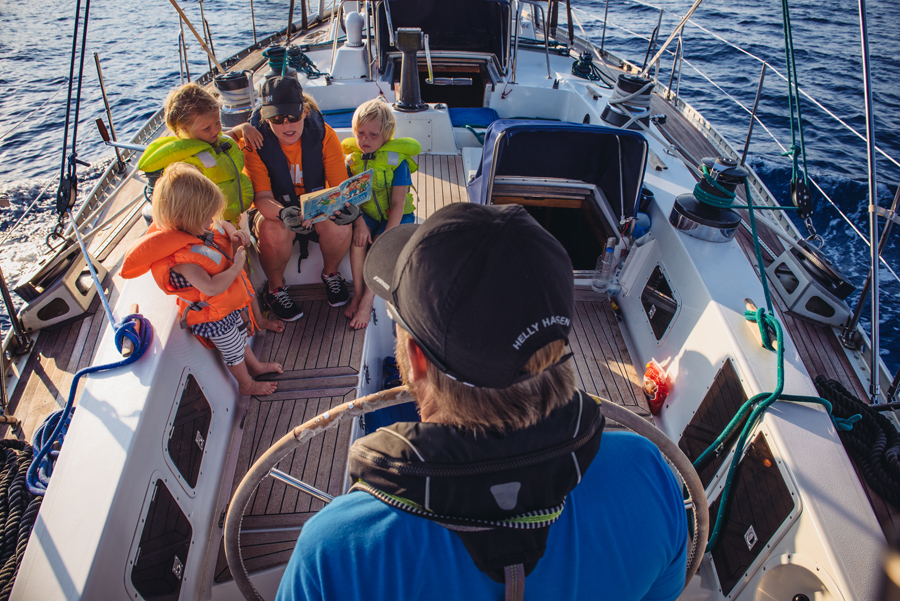 “You are right, six years is a very long time, but in reality we will actually sail for about a year. We will spend long periods on land; for example, we have decided to travel overland to New Zealand for about four months. Compatible with the practical problems and inconveniences that always occur on such a trip, we have tried to draw up as precise a schedule as possible, also taking advantage of the help of various professionals, from physicians to educators, and obviously involving several navigators who have already had such an experience. We have also planned to spend these land stays in conjunction with the usually less meteorologically favorable periods“.

The Meretniemi family set sail on their adventure in the spring of 2016 and spent a good part of the year wandering around the Mediterranean, starting in Turkey and then “getting lost” among the dozens of Greek islets, before arriving in Italy and launching out to discover Sicily (“A beautiful experience“, Tuomo comments) and Sardinia. 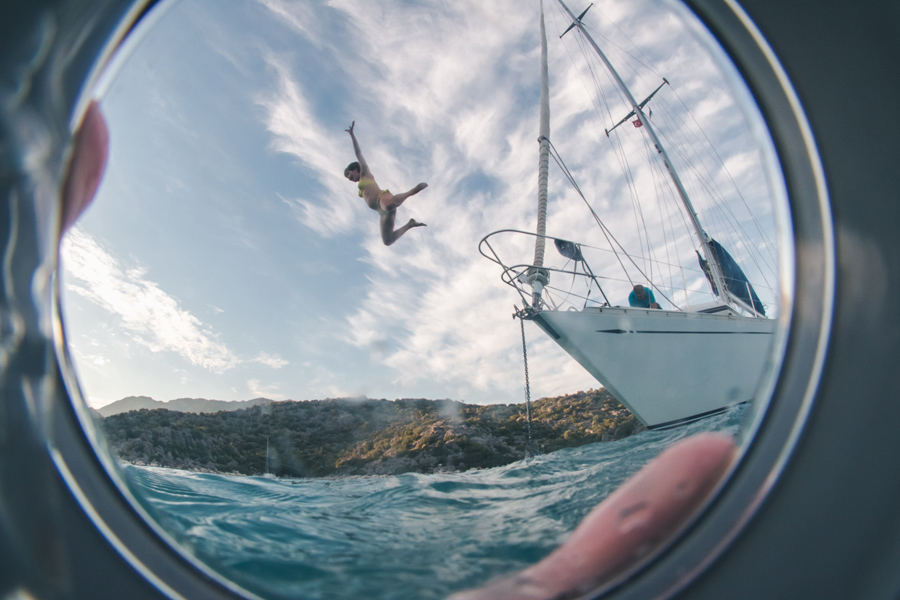 Instead, autumn was the time to set the bow westward, touching the Spanish coast and then reaching the Canary Islands and finally crossing the ocean. But what is it that drove you to this adventure?

“The desire to realize a personal dream. But also the hope of creating the most important “sailing family” project (He calls it just that: “family sailing project,” ed.) to the world. I hope that sharing our experiences will inspire many other people to do the same“.

1 thought on “Six years in the boat without missing a day of school? You can!”