September on the boat? Here are the secret bays of those who experience the sea at 360 degrees

At 8 he was already on a 470 in the Atlantic, at 23 on Falck’s Rolly Go around the globe. He sailed with and against the very greats. Along with sailing, he has always cultivated another passion, that of kayaking, with which he has traveled thousands of miles in and out of the Mediterranean. Guido Grugnola knew how to experience the sea in every aspect (find his full story in the September issue of the Sailing Newspaper on newsstands and digitally). Because he has explored the seas far and wide, accessing incredible places, he is the right person to point out his favorite bays to drop anchor. 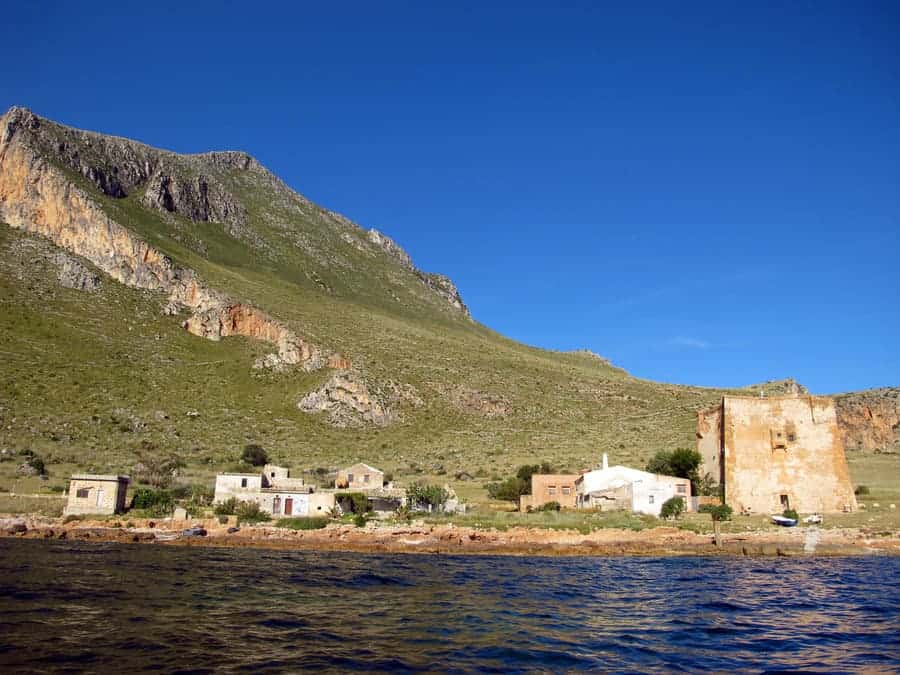 Tonnara di MONTE COFANO (TP). We are in Sicily, in the Trapani area, “An abandoned tuna fishery. The atmosphere of a quiet, sun-drenched place that anciently gathered workers, sailors, animals, and is now voiceless. Unreal.” 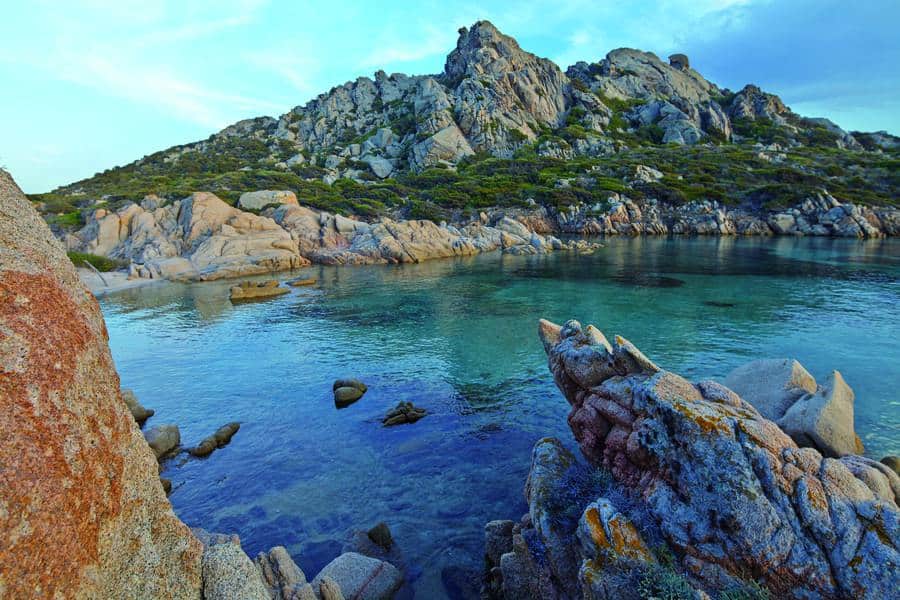 MONTE FICO Beach (OT). Montefico Beach, a pristine natural paradise characterized by crystal clear waters, is located on Caprera in the Maddalena Archipelago. A must-visit destination if you are in Sardinia! 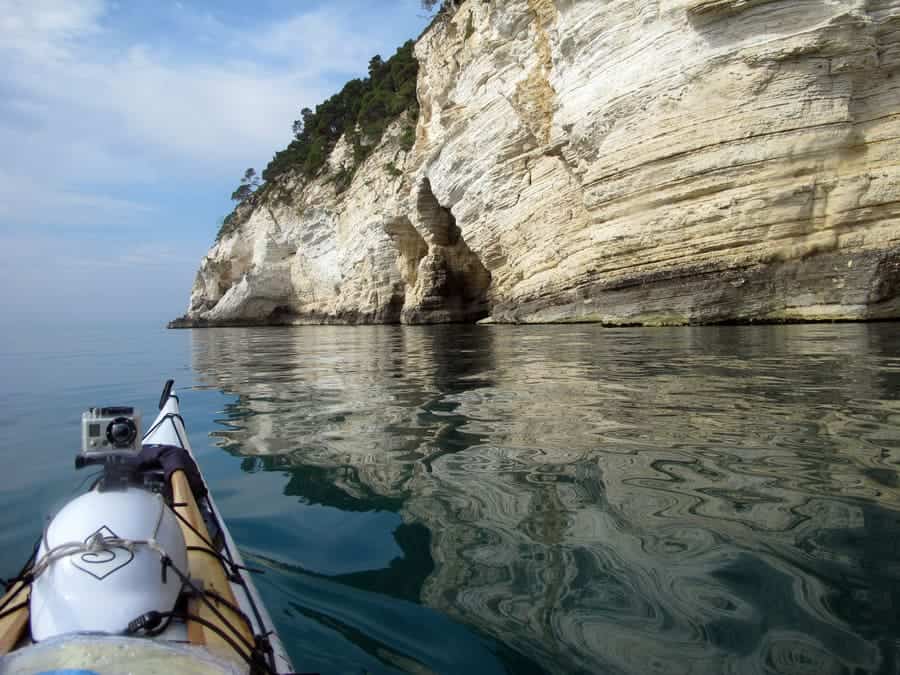 GARGANO, beach between manfredonia and pugnochiuso (FG). “I have learned to love the inaccessible cliffs from land frequented by wildlife because they retain sounds and scents with a wild character.” Cult stop in Apulia 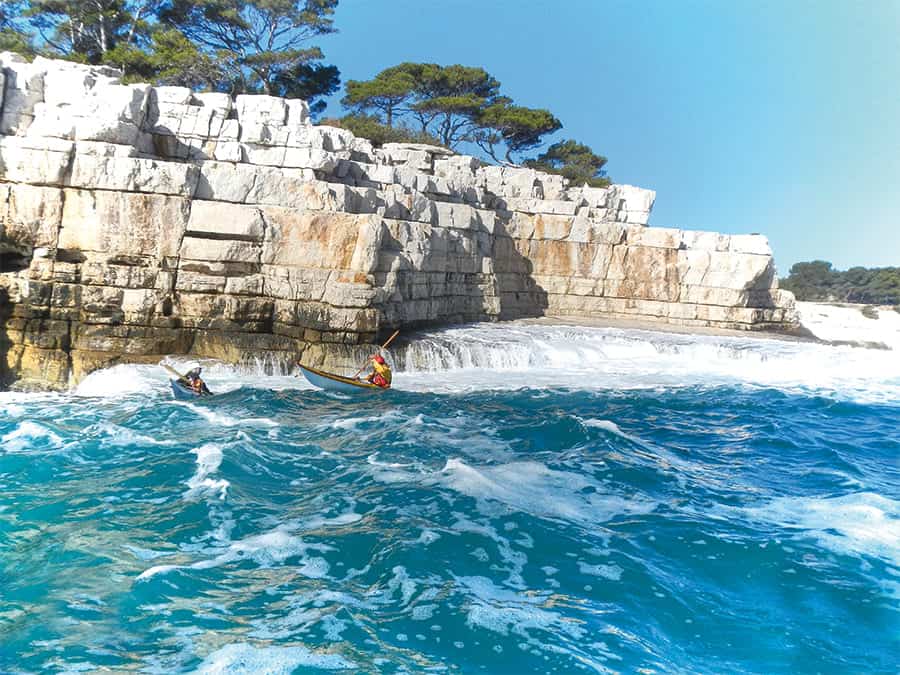 CALANQUES, cassis (FRA). “Among the most majestic cliffs in the Mediterranean are undoubtedly the Calanques of Cassis. Sailing there in winter, when the famous Mistral blows in the Gulf of Lion, reminds us of the power (sometimes underestimated) of the mare Nostrum.” 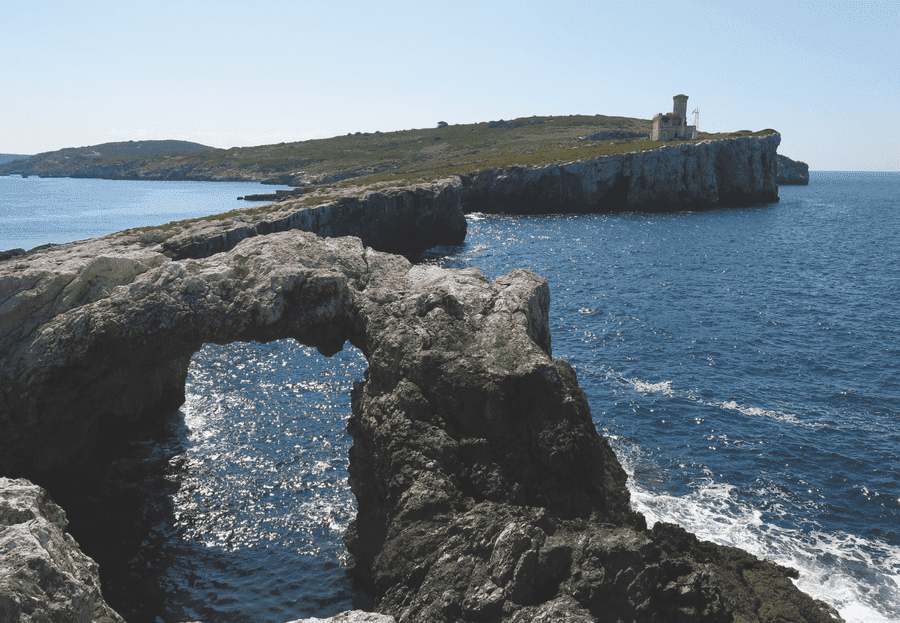 TREMITI ISLANDS (FG). “The Tremiti Islands have always given me the impression of stones thrown into the Adriatic that erosion has transformed into a coastline sculpted and pierced into a thousand caves, arches and secret bays.” To be explored either by boat or kayak. 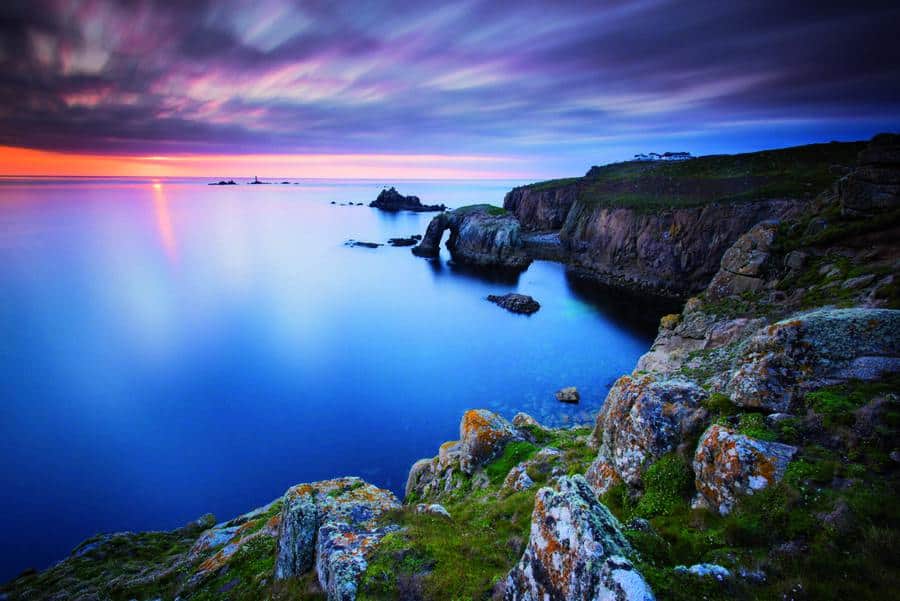 LAND’S END, CORNWALL (UK). “There is a beach (in a cave between Carn Boel and Mill Bay) of the finest yellow sand, below the overhang of a basaltic cliff just on the Cornish end south of Sennen Cove. Here time seems to stand still.”

KAYAK + BOAT AND YOU GET EVERYWHERE
Guido Grugnola founded Tuilik, with which he organizes (from September to June, to avoid the tourist crush) basic, advanced, safety & rescue, navigation & piloting and exploration (Tremiti, Giglio Island, Calanques, etc.) kayak courses. It starts with the one-day “Discovery” course for newbies in which you will be taught the basics (cost: 90 euros). A good idea if you want to access bays unreachable by sailboat and Marine Protected Areas. www.tuilik.com