Sensini and Mankin in the elite of world sailing

There are… 1.5 Italians in the ISAF Hall of Fame: in the very small circle (13 names only!) of sailors enshrined by the International Federvela have entered Alessandra Sensini and Valentin Mankin, Ukrainian-born but naturalized Italian.

THE CLUB OF 13
The Hall of Fame was created in 2007 on the occasion of ISAF’s centennial and initially consisted of six very big names-Olin Stephens, Ellen Macarthur, Paul Elvström, Barbara Kendall (moreover Sensini’s historical opponent), Eric Tabarly, and Robin Knox-Johnston. They were joined at the Federation’s annual conference in Sanya, China, by seven more bigwigs: in addition to Sensini and Mankin, Dennis Conner, Harold Vanderbilt, Peter Blake, Buddy Melges, and Torben Grael joined. 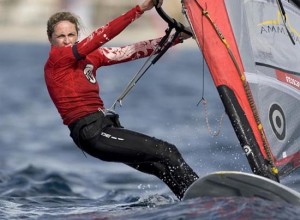 THE TIGER OF GROSSETO
Alessandra Sensini hardly needs any introduction: born in Grosseto in 1970, she epitomizes the Italian sailing board. Four Olympic medals (bronze in ’96 in Atlanta, gold in Sydney in 2000, bronze in Athens in 2004 in the Mistral class, silver in Qingdao in the RS:X class; in 1992 she participated in Barcelona but finished “only” seventh), four world titles and five European titles, she is Italy’s most medaled athlete. Having hung up her board, she is currently serving as Technical Director of the IVF Youth Activity and Deputy DT of the Olympic Team, as well as a member of the CONI Council. And he is getting noticed here as well, given the golden moment that Italian youth and Olympic sailing is having. 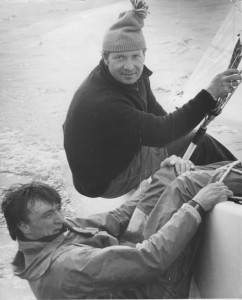 THE SAILOR WHO CAME FROM THE COLD
Valentin Mankin was born in Ukraine, in Kiev, in 1938: is the only sailor in the world to have won three gold medals in three different Olympic classes (Finn, Tempest, Star) in addition to one Olympic silver (Tempest); Mankin first made the Soviet national team in 1959 and achieved his first triumph at the 1968 Summer Olympics in Mexico City. At the 1972 Olympics in Munich, Mankin won as a duo with Vitaly Dyrdyra on the Tempest, in 1976 in Montreal silver together with Vladyslav Akimenko. In 1980 in Moscow, at the “venerable” age of 41, with his bowman Aleksandr Muzychenko, he won the medal. He worked in the Soviet Union until 1990 (where he had been appointed “Director of all water sports”), the year he moved to the Italian Federvela: first as technical director then as national team coach. Mankin has overseen the training of most of the top blue sailors over the past 20 years and has trained so many federal instructors. A point of reference for entire generations of Italian sailors, Valentin was a true legend, a special person, an athlete and technician like no other around. He left last year at age 75. 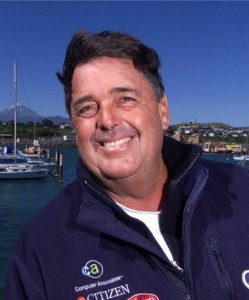 THE OTHER NEW ADDITIONS TO THE HALL OF FAME
DENNIS CONNER. The legend of Dennis Conner (San Diego, 1942) was born in 1977 in Kiel, Germany, when he won his second Star world title with the historic record of five consecutive race wins, out of six total, in a fleet of 87 boats. In 1974 he won his first America’s Cup as starting helmsman (aboard Corageous) and in ’76 came the Olympic bronze medal with the Tempest. Since 1980 he has tied his career, inextricably, to the America’s Cup: as skipper, he won it in ’80 with Freedom, lost it in ’83 on Liberty, and went on to win it back in Australia, with Stars&Stripes, four years later. In 1988 he defended the Cup against the New Zealanders aboard the Stars&Stripes catamaran: he then ran 4 more less successful campaigns. “Big Bad” Dennis, black beast of journalists, is also known as “Mr. America’s Cup.” He also boasts two round-the-world appearances (with the VOR 60 Winston and Toshiba) and two Etchells world golds (’91 and ’94). 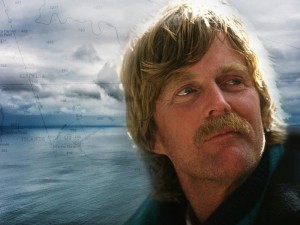 PETER BLAKE. Sir Blake, who was awarded the title of Knight of the British Empire in 1995, represents the perfect marriage of racer and sailor. Born in Auckland in 1948, his name is surrounded by an aura of legend, and his very death (assaulted and killed by pirates in Macapa, northern Amazon, in 2001) reveals his continuing desire to put himself out there and embark on new adventures. He participated in the first Whitbread in 1973, in the 1989-’90 edition he won all the stages, in ’94 he won the Jules Verne Trophy by setting the record for circumnavigating the globe aboard the catamaran Enza, in 74 days, 22 hours and 17 minutes. He also distinguished himself in the America’s Cup, where his name has towered in the Hall of Fame since ’95: in that year he won the Cup at the head of the Kiwis (when he rifled a dry 5-0 win over Dennis Conner on Young America), who called him “lucky red socks”: since then the red socks became the symbol of Blake’s New Zealanders who defended the Cup in 2000 from Luna Rossa’s assault. After his success as a defender, Blake moved away from the racing world: he had joined Jacques Cousteau’s company as early as 1997, devoting himself to his true passion, environmental exploration and preservation. He set up his own business, Blakexpeditions, and with UN support continued to travel the world aboard his Seamaster, making documentaries. He died as an adventurer, killed by some robber thugs in the Amazon during a global warming monitoring mission. 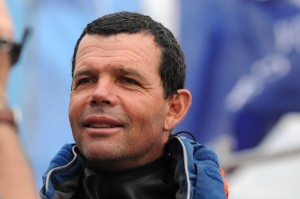 TORBEN GRAEL. Torben Grael was born in Sao Paulo, Brazil, on July 22, 1960. entered the Italians’ good graces after winning the 2000 Louis Vuitton Cup aboard Luna Rossa as tactician. But it was on the Star that he left an indelible mark: he won two gold medals at the Atlanta and Athens Olympics and two bronze medals (Seoul and Sydney). The only Olympic silver was in 1984, in the Soling class. He won only one World Star, in Cleveland in 1990, with historic bowman Marcelo Ferreira, then 5 second places. He dominated the 2008-2009 Volvo Ocean Race as skipper of Ericsson 4. 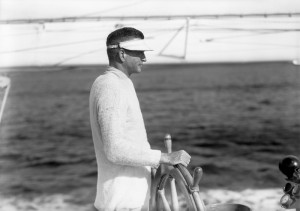 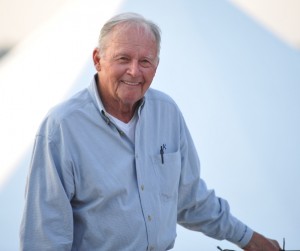 BUDDY MELGES. Buddy Melges is the son of Harry, the founder of the historic American shipyard. He is a pedigree, multifaceted sailor: he was able to win gold on the Solings in 1972 (after a bronze in 1964 on the Flying Dutchmanns) and then go on to triumph in ice lake sailing as well.