The jury met. And he decided. was not easy; there were many deserving sailors this year. Taking your preferences into account as well (both in the last stage, where the public vote was non-binding but advisory, and in the previous stages), the judges determined the five names of the final nominees for the 2017 Sailor of the Year, which crosses the 25-year mark this year.

Among them is the winner of the most coveted award in Italian sailing, and the winners of the other awards (TAG Heuer Performance, Innovation, Young and #don’tcrackunderpressure): to find out live, however, you will have to come to the Evening of Champions (starting at 7 p.m. on Friday, May 5, at the TAG Heuer VELAFestival of St. Margaret’s).

A great evening-ceremony, presented by the legendary sports journalist Mino Taveri. Not only will you pay tribute to the five finalists we reveal below, but you will also get to meet them in person and also celebrate Vincenzo Onorato, who will be awarded the TAG Heuer VELAFestival Grand Prize for Lifetime Achievement on the occasion. And then again: since boats also have souls, celebrate with us 50 years of the legendary Arpège, one of the best-selling production boats in history, And you will meet great sailors who have been awarded the Sailor of the Year in the past (and whose stories will be told in a Hall of Fame exhibit).

Let’s cut to the chase. The finalists are:

THE FINAL FIVE CANDIDATES FOR SAILOR OF THE YEAR 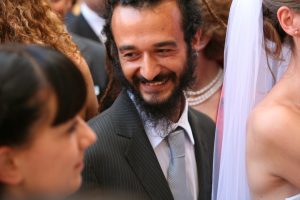 1. Paul Bua. A prolific 37-year-old designer from Sassari, Paolo Bua is little known in Italy but is highly regarded in France, so much so that he was honored by the prestigious Voile Magazine because no less than four of his designs were in the running for French Boat of the Year (XO-Racer, XO-Classic, Superleggero, Troll 26). Now he is becoming famous in Italy as well, and in the course of the various voting stages, he has amassed many preferences. 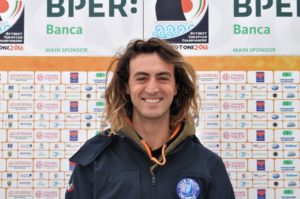 2. Tony Cili. Voted for, overwhelmingly voted for by the audience, especially the home audience. In Crotone, newspapers headlined “Help Tony,” an endorsement with regional reach. But who is Tony? Class of 1988, a Calabrian from Crotone (born Antonio Ciliberto but to everyone isTony Cili), is a very strong Strapless kite surfing athlete (for us kite surfing is sailing, let’s be clear), but before that a true “waterman” capable of mastering at a high level all board sports from kitesurfing to surfing via windsurfing and sup. This year he won the National Championships in the Wave category (same result as in 2015) and at the world level he is always going strong. 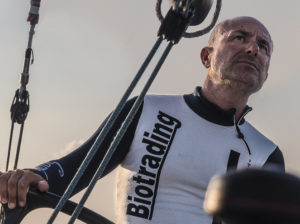 Sagola Biotrading (GS 37).
Peppe Fornich, also highly rated, is owner of the Grand Soleil 37 Sagola Biotrading, is always a protagonist of Italian and international offshore regattas. This year he won the Italian Offshore Championship in Class 3 Cruising and especially the Overall title of UVAI 2016 Owner of the Year. 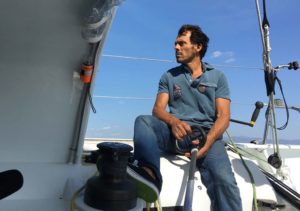 4. Gaetano Mura. Gaetano hardly needs any introduction: the Sardinian skipper from Cala Gonone has made us dream, failed to complete his nonstop solo round-the-world voyage on the Class 40 Italia but has made ocean sailing popular here as well, thrilling everyone from insiders to laymen. Gaetano will try again; he is as stubborn as a mule. And we will all cheer for him once again. By the way: he will be featured on Friday in an event dedicated to him, starting at 3 p.m. also at the VELAFestival. Come and meet him there too! 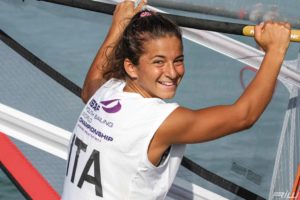 5. Special Giorgia. The athlete from Ancona, class of 2000, was perhaps the most beautiful revelation of 2016 among sailboards. She won both the women’s world and European women’s titles aboard the Techno 293, while she made a great debut among the more challenging RS:X by finishing first in the Under-17 European Championships (sixth overall). It will be fire and brimstone between her and Marta Maggetti (who in turn was honored by us in 2014).

Each of the winners will be awarded a TAG Heuer Aquaracer Calibre 5 high-precision waterproof chronograph (pictured opposite), capable of withstanding depths of up to 300 meters.

FIND OUT ALL THE NEWS ABOUT THE SAILOR OF THE YEAR

Sailor of the Year, stop voting! Super Cili and Mura, now the ball is in the jury’s court!

Stop voting, the semi-final of the Sailor of the Year (involving 25 candidates, after the two selection phases (100 to 50, 50 to 25, at the bottom of the article the rules) ended with a total of no less than