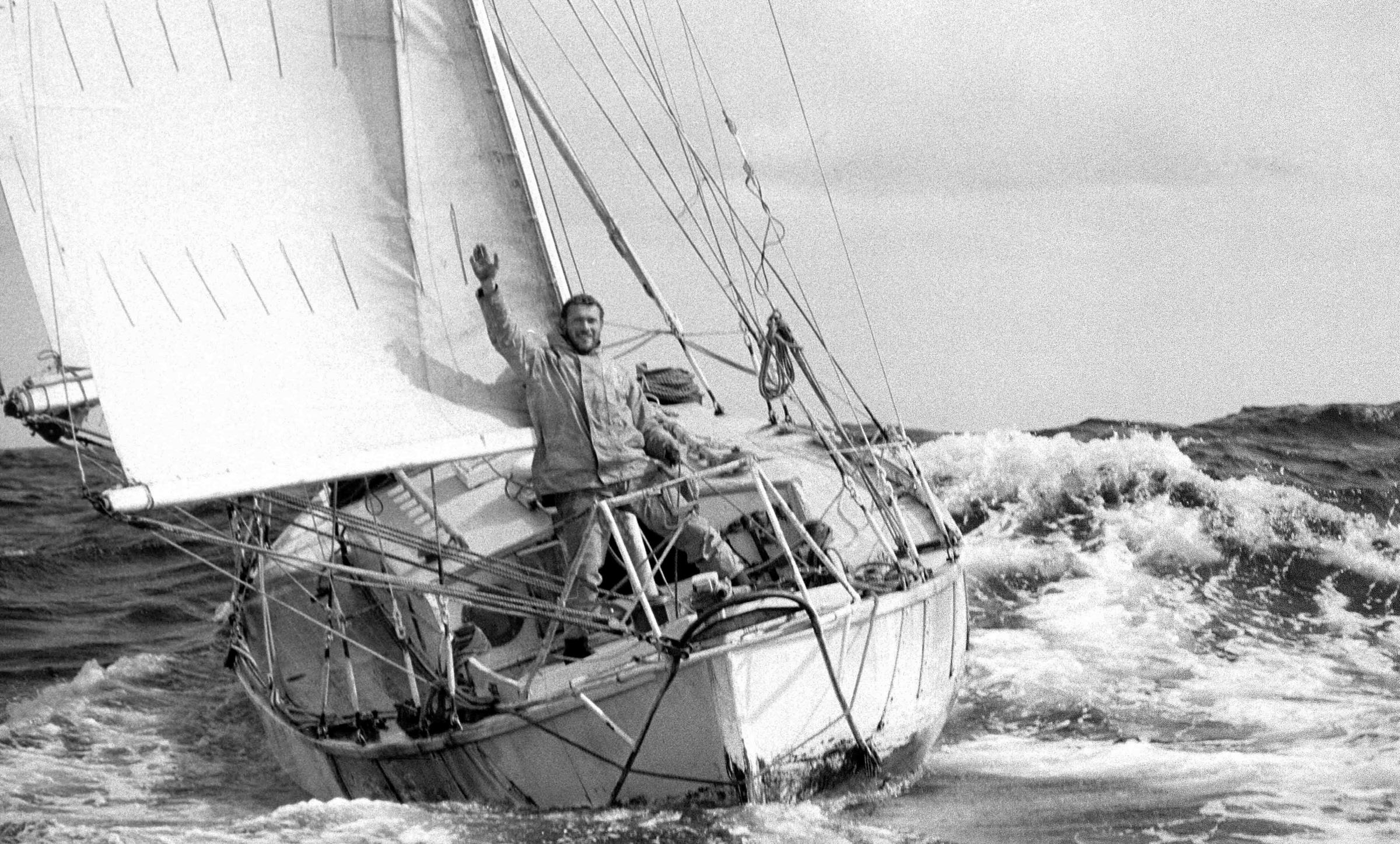 Do you remember the letter from Soldini ‘s disappointed admirer comparing him to Buffalo Bill (youcan find it here), which had sparked a heated debate as well as Vittorio Malingri ‘s lengthy response (“you try it in the ocean!”, read it HERE)? Well, someone took the trouble to respond to Malingri.

Listen to what Piero Fresi, 73 years old from Sassari, a past solo sailor, wrote us.

BUT THE VALUE OF ROMANTIC SAILING?

“I want to link back to what I read in the G.D.V.: these days Vittorio Malingri, instigated by a reader about Soldini’s new defeat, goes further and touches on so many points in ocean sailing. I agree with him in principle, but I could not help but notice that in his lengthy statement he does not mention at all the “ROMANTIC” sailing so classified by me.

What were the accomplishments of J. Slocum, Vito Dumas, B. Moitessier good for? etc.. Do you have to be part of the racing world to appear anywhere?. I don’t understand why everything is associated with just speed, which is very sneaky these days because it has been well understood lately that luck is a big component.

Let me explain further. If I don’t lose my keel, slam my rudders or foils somewhere I certainly get a good result, so, to put it in Vittorio Malingri’s way it all sounds like bullshit to me. I do not believe for example that Australian navigator J. Sanders did not make his mark having, he, made 3 consecutive world tours.

By this I mean that in addition to rewarding speed, it is also important to recognize that being in the oceans for a long time, exposed to everything, with slow boats, is not exactly a walk in the park. At this point I wouldn’t know which of the two deserves the appellative of “navigator” because upon closer inspection, today’s ocean navigator has perhaps more the figure of an athlete, if not a tightrope walker, a figure very far removed from the true navigator understood as such.

In 2018 there is a repeat of the “Golden Globe” for its 50th anniversary, to be raced in old-fashioned 32- to 36-foot boats. I expected many modern navigators to sign up , but this was not the case, with the exception of Jean Luc Van den Heede. Emblematic in this regard was Loyck Peyron’s response to Vittorio Malingri.

It would have been a chance for some of them to show that in addition to being able to race in the boats we know well, they were just as good at being at sea for several months in those other boats. I am sure that the event would have received as much media interest as and perhaps more than following a Vendée Globe. Then what do we want to say about those sailors who are better at navigating social than in reality? How do we classify them? Perhaps Vittorio Malingri is right in saying that sailing in general is a big “crap!”

Good Wind to all

PIERO FRESI SECOND PIERO FRESI
“Piero Fresi from Sassari class of 1944.
1997 Port torres – Martinique crossing with a single stopover in Gibraltar, solo on the famous Mini ” American Express”
2003 Porto Torres-Barbados-Porto Torres traverse solo and non-stop, 110-day duration on “Onitron 1st of 10 ,50 steel.
2008/2009 213 days always on “Onitron1st” with son Vittorio in the round-the-world attempt for the 3 Chiefs ended with scuffle between the
New Zealand and Chile. My presentation is not meant to be any reason for narcissism or anything else but just the minimum that may serve to frame the character.”

READ ALL THE LATEST REGATTA AND SPORTS NEWS