Sail Magazine’s top boats of the year. Do you agree?

Also this year, the prestigious magazine Sail Magazine elected its “Best Boats.” Lots of surprises, lots of award-winning multihulls and even some Made in Italy excellence. Let’s see, category by category, which boats were the winners. 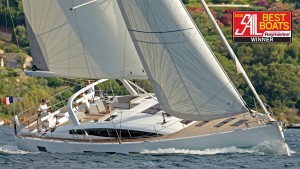 “FLAGSHIP” – JEANNEAU 64
Why buy a seaside villa when there are boats, such as the Jenanneau 64, that were born to provide you with all kinds of comforts and are capable of entertaining you under sail? A full day would not be enough to understand and appreciate every detail and all the customization possibilities offered by this new 64-footer, created by the close collaboration between Philippe Briand for the hull and deck line designs and Andrew Winch for the interior space design. Two top experts in the superyacht world. 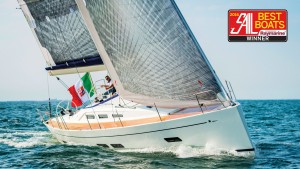 CRUISING MONOHULLS 41-50 FEET – ITALY 13.98
The Italians have hit the jackpot. Solidity, grit, obsessive attention to detail: here is a fourteen-footer capable of pleasing those who want to sail long distances as well as those who prefer racing. All born in our “home.” Technology and functionality are ahead of everything, combined with water lines that can take it to compete in racing as well. The simple handling of the Matteo Polli-designed boat is another of its strengths. 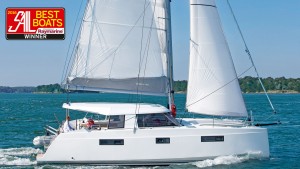 CRUISING MULTIHULLS 31-40 FEET – BAVARIA OPEN 40
The latest creation, in order of time, from the Nautitech shipyard, acquired by Bavaria, is the Open 40, the brainchild of Marc Lombard: a spacious 12-meter offering two interior layouts (three- or four-cabin), ideal for long sailing. 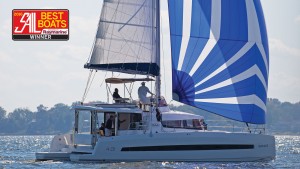 41-50 FOOT CRUISING MULTIHULLS – BALI 4.3 LOFT
The name Loft recalls one of the strengths of Bali 4.3: the main deck is in fact a large 30-square-meter open space equipped with an upward swinging door that, if desired, separates the salon and cockpit (but when open, the two spaces integrate, even in terms of materials). The external wheelhouse is in the center of the fly, the bow is without a net, and the jib is self-tacking. 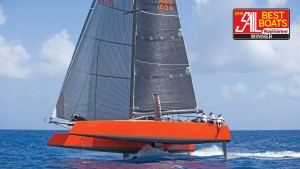 PERFORMANCE BOAT OVER 30 FEET – GUNBOAT G4
It is called G4 and is the first “cruising” catamaran equipped with a foil. The idea was developed by the Gunboat shipyard (known for its catamarans, including the titular 55-footer): and it could only have come from the Americans. During testing of the prototype, in St. Maarten, Caribbean, the Gunboat development team, on board in full, reached a speed of 29.7 knots and the 40-foot catamaran hoisted itself into the air. Admittedly, at Voiles de Saint Barth he scuffed, somewhat detracting from the concept of “cruising foil.” But surely the courage of the designers is to be admired! 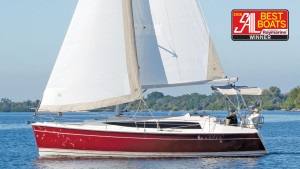 31-40 FOOT CRUISING MONOHULLS – MARLOW HUNTER 31
The latest offshore cruising model in the wake of the 40- and 37-footers, following American Hunter’s change of course after its acquisition by David Marlow: the build quality of these boats has risen considerably. The cockpit is spacious and the sail plan important. 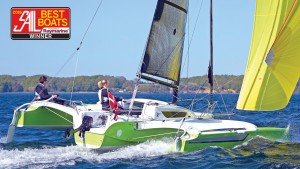 SMALL CRUISER – DRAGONFLY 25
Made by Danish shipyards Quorning Boats, this small 25-foot trimaran features an aluminum rotating mast and is capable of achieving truly excellent performance (even greater in the sport version, with an enlarged carbon mast).The hulls are carefully designed and the interiors are spacious enough for comfortable cruising. Carriageable, provides the option of a cockpit tent to increase “indoor” living space. 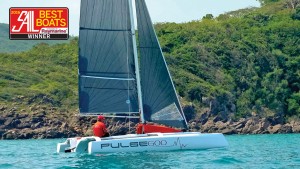 DAYSAILER – CORSAIR PULSE 600
The Pulse 600 is a trimaran that allows the side hulls to be closed with simple operations, thus containing the maximum footprint when transporting, mooring, hauling, and potentially sailing in protected waters during landfall phases. The efficiency of the hull plan also allows the use of a small outboard with great operating economies and further expansion of the boat’s versatility of use. Striking then is a small deckhouse that can be disassembled and customized in color, allowing the boat to be outfitted with a protected storage compartment below deck or, conversely, to allow for a sportier performance-oriented configuration. The carbon-ring frame construction under the mast foot and at the bow transom attachment allows for streamlining of the fabrication achieving lightness to the whole and providing accessibility to the protected space. 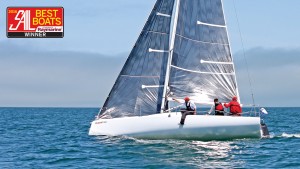 “PERFORMANCE” MONOSHOPES UNDER 30 FEET – FAREAST 28R
It is a design signed Simonis-Voogd the new FarEast 28 R, an eight-and-a-half-meter (by 2.75-meter wide) that aims to become one of the new benchmark one-designs. Already in Asia it is proving to be a winning boat, thanks in part to its excellent power-to-weight ratio. In fact, its displacement is 1,200 kilograms, against a respectable sail plan with a 27.8-square-meter mainsail, a 20.2-square-meter jib and an 80-square-meter gennaker (which takes advantage of the presence of the retractable bowsprit). 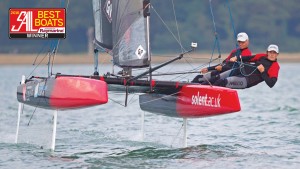 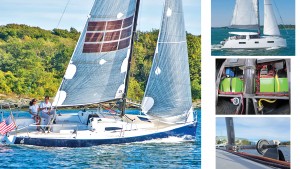 OTHER INNOVATION AWARDS
Special awards for technological innovation were also given to Oceanvolt’s saildrive (aboard the Gunboat G4) with lithium-ion batteries, Sailcloth solar sail panels mounted on the J88/e, and the power distribution system aboard the Balance 451 catamaran