Refitting: ten places where to take action, how much it costs and why to do it

We took a medium-sized boat (11/12 meters) and identified 10 points on which to intervene with refitting operations: the prices given for each job are to be considered indicative. In the meantime, here is the “list.” Then we explain why to make them. 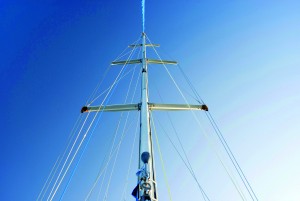 1. FIXED MANOEUVRES.
Rigging, forestay and forestay: every 30/35 thousand miles or every four years a full inspection should be done and targeted action taken depending on the type of rigging: spiroidal (full replacement every 10-15 years) or rod (higher performance but should be replaced about every 8 years), considering upgrading the rigging with textile material. Approximate price: full spiroidal rigging: 3,000 euros 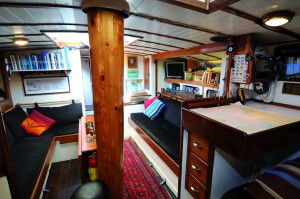 2. INTERIOR
For carpentry and repainting of the interiors, even thinking about redoing a few pieces, the expense is around 3,000 euros for the dunnages (which should be sanded and often inlaid, since preserving the original is cheaper) and at most 10,000 euros for the interiors, which should be scraped, repainted, and, if necessary, also resurfaced.
Approximate price: 13,000 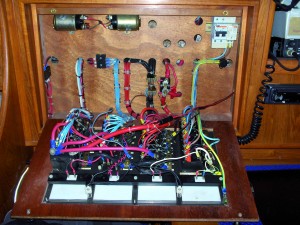 3. ELECTRICAL SYSTEM
For electrical systems, you almost always have to replace old wiring. Many times you will find tangles of unused wires, left behind by people who changed instruments, put in new wires, and did not throw out the old ones. The electrical system is preferable to redo it new, to adapt it to all the instruments, comforts and options that are used in cruising today. Approximate price: electrical system modernization: 5,000 euros 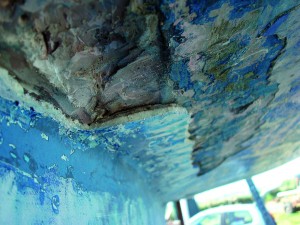 4. OSMOSIS
Anti-osmosis treatment is one of the most important jobs, especially for old hulls: check the actual need for it on site with the help of a hygrometer. We calculated a cost of about 300 euros per square meter. Depending on the state of the hull, treatment can take up to a year. Approximate price: anti-osmosis treatment per sqm 300 euro 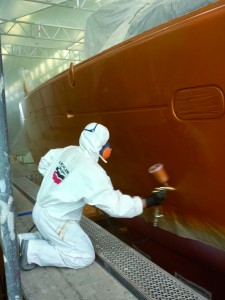 5. HULL REPAINTING
Do you want to repaint the boat, maybe even change the color? Know that site prices range from 250 to 400 euros per square meter. This surgery is definitely one of the most delicate, and you will be faced with very different quotes. Analyze them carefully and properly inform yourself about the processing cycles that will be carried out and the products that will be used. Approximate price sqm: 300 euros

6. ENGINE AND PROPELLER
If it is necessary to replace the motor, switch from the shaft line to a sail drive motor, that is, one with a drive foot and propeller integrated with the motor. Count at least 2,000 in labor. If you don’t have to change the engine, check the propeller anyway: it is most likely still mounting a fixed blade model. Why not opt for a three-bladed folding propeller? Approximate price: three-blade propeller: 2,000 euros 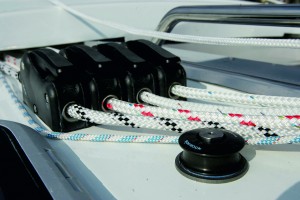 7. CURRENT MANEUVERS
The rigging on board (sheets, halyards and ropes) is to be checked in a used boat. You may also decide to “upgrade” it with the latest materials such as Dyneema. A 12-m Dyneema halyard with carabiner costs about 350 euros. Replacing all the rigging aboard a 12-meter boat, including mooring lines, costs about 4,000 euros. Approximate price: 4,000 euros 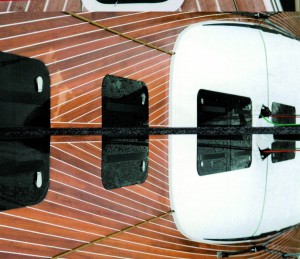 8. BLANKET RATIONALIZATION
The deck is the area that allows for a real revolution: you can remove redundant winches by replacing them with stoppers, replace the skylights by redoing them flush, replace the teak or switch to plastic, repaint the deck, and install the furler or a gennaker whip. Approximate price: complete skylight replacement 780 euro; teak per sq. m. 1,000 euro; deck repainting per sq. m. 400 euro; rollafiocco 800 euro; whiskering 1,800 euro 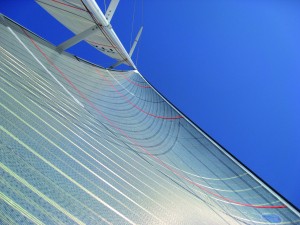 9. SAILS
New sails are last on the work list. When you buy a used boat, you receive a rich game as a dowry where something good, for the first few sailings, can always be found. The average price for dacron is 90 euros per square meter, which becomes 100 euros per square meter for “entry-level” laminates Approximate price: dacron per sqm 90 euros; “entry-level” laminate sqm 100 euros 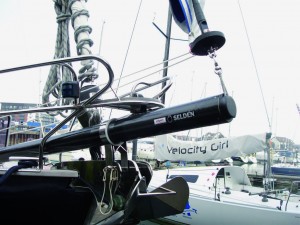 10. BOWSPRIT AND GENNAKER
Although it is possible to use the gennaker by walling the sail directly on the
bow thruster, the bowsprit allows the sail center to be moved toward the bow. The gennaker means more convenience (you can also roll it on a whip or close it in the classic “stocking”) and no tangon. Approximate price: bowsprit + installation 800 euros; gennaker + stocking 1,800 euros 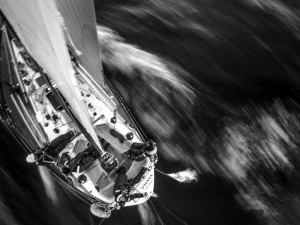 WHY GET A “FACELIFT” FOR YOUR BOAT? OUR ANALYSIS
No doubt about it, the phenomenon of refitting, that exotic word now commonly used to define refurbishing a boat, is gaining momentum in Italy as well. The argument is quickly made. For those who have boats, it is about keeping their boats in perfect working order, no matter how old they are. It means periodically checking and possibly intervening on the sensitive parts of a complicated object, the boat, which is certainly more subject to wear and tear than a beach house. In the feature on the following pages, we have identified the ten hot spots where to check and take action if necessary, giving you a fairly accurate idea of the costs. We repeat, it doesn’t matter if the boat is 40 years old or less than 10 years old. The important thing is to know that you have everything well-efficient, to spend the right amount beforehand so that you don’t sell out later. But not only that. This means having a safe boat in all wind and sea conditions, avoiding bad, dangerous and expensive surprises. It also means maintaining an acceptable value in case of sale.

We used to say that it is a phenomenon, that of partial or total refitting, that is growing greatly. It is also and especially so because there are wonderful boats on the market today that are true bargains, regardless of size, especially in the 1970 to 1995 construction range. Between 20 and 40 years old in the 10- to 13-meter range you can find used boats between 20 and 50 thousand euros, boats that are the envy of today’s boats. Any examples? A beautiful Jeanneau Sun Fast 41 built between 1985 and 1994 can be found in good condition between 45 and 65 thousand euros. With this amount you buy a nice premium car with it. But do you want to put the difference? And if you want to shell out on 15 to 20 thousand euros you can afford a 9-meter Show 29 built between 1973 and 1986. This phenomenon has been going on for more than a decade in the Nordic countries (Sweden has the highest number of boats per capita in the world, beating New Zealand) where the 30-40 year olds with children are able to afford a boat on the 10-20 thousand euro range by foregoing changing cars. The same thing happens with retirees.

Indeed, research by a Swedish institute has shown that there is a new segment of citizens who have taken up boating, people who normally spent their leisure time elsewhere. They are precisely families with children, or retirees who discover that investing in the boat is more stimulating than renting a beach apartment on the overcrowded Spanish coast. This phenomenon has given breath to dozens of artisan shipyards performing refitting work.

In Italy, a good indicator of this growing market is that if 10 years ago it was really rare to get an appraisal to purchase a boat produced between 1970 and 1985, today there are frequent requests for boats built between 1980 and 1995-that is, boats that are 20 to 35 years old. There are also other refit-related phenomena, such as those who make a business out of refitting. In the United States and England, a phenomenon borrowed from what has been happening for decades in the classic and vintage car industry is taking hold. Shrewd operators go in search of mass-produced boats from famous shipyards, prized for their design and build quality, but in poor condition. They buy them at a bargain price and refit them totally. They then resell them, in like-new condition at double the price, making lavish profits.