Pietro Sibello, an indomitable champion who taught everyone what it means to “not give up” 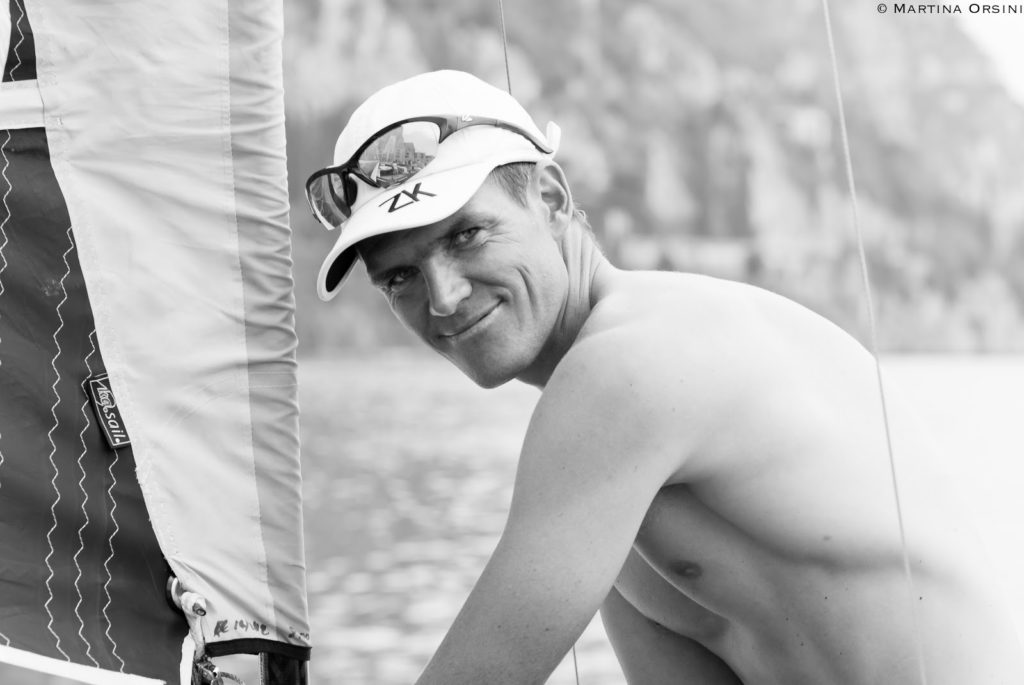 In 2010, the Sailor of the Year was awarded to Pietro Sibello. The very strong and very unfortunate Pietro Sibello. Born in Albenga (Savona) in 1979, with his brother Gianfranco he was the best performer of the 49er class in Italy. In 2008, he had his Olympic bronze medal “snatched” from his neck for outright misconduct perpetrated by an opposing crew and not sanctioned by the race judges; in 2012, the year in which he was supposed to take his revenge in London, an angioma prevented him from participating in the Olympics. But this is an indomitable champion who has always been able to pick himself up and overcome difficulties. 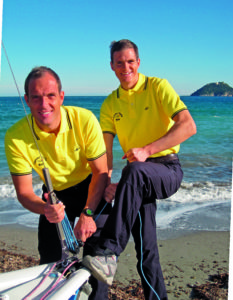 WE HAD WRITTEN ABOUT HIM
Taken from The Journal of Sailing, February 2010. First, a news story: Pietro and Gianfranco Sibello just finished the 49er class World Championship held in the Bahamas in third place, behind Spain’s Martinez-Fernandez (gold at the 2004 Athens Olympics and silver at Beijing 2008) and Australia’s Outteridge-Jensen (defending world champions). This achievement, however, while demonstrating a truly enviable consistency of performance over time of the two brothers from Alassio, is already part of 2010.

Pietro, helmsman of the Guardia di Finanza crew, on the other hand, earned the award of Sailor of the Year (the prestigious award that Il Giornale della Vela has been giving, since 1991, to the best Italian helmsman at the end of each racing season) thanks to the incredible series of successes he achieved in 2009 with his brother Gianfranco, in the 49er class: European champion, third place at the World Championship, first place at the pre-Olympic weeks in Palma, Hyeres and Riva del Garda, and second place at the pre-Olympic weeks in Medemblik and Weymouth. To put it in a nutshell, Piero Sibello, with Gianfranco on his bow, has consistently finished on the podium in all the regattas he has participated in in 2009, so much so that he has firmly occupied the first position on the ISAF (the world sailing federation) ranking list since April 29.

Beyond the results, which certainly counted toward the 2010 Sailor of the Year award, what was rewarded was the Alassio helmsman’s immense determination and responsiveness. It cannot be forgotten, in fact, that the Sibellos faced 2009 after the bitter disappointment of the 2008 Beijing Olympics, where at the end of a perfect regatta “we first lost the gold because of one of our scuffles half a mile from the finish line in the last race, the medal race,” admits Pietro Sibello very sportingly, “but then we were also deprived of the bronze because the Race Committee admitted that the Danish crew participated in that race with a boat given to them on loan by the Croatians, without the rest of the competitors knowing about it.” Instead of ending up under a train, the Sibello brothers, after a short break, were already back in the cold sea of their Alassio in early 2009 training with the enthusiasm of two children.

“Paradoxically, 2009 was the best year of our career,” Peter says. “It has to do with the fact that we decided to start again because for us the 49er, in addition to being a profession, is fun that we can’t give up.” Adds Gianfranco: “Before we left Beijing, our coach Luca De Pedrini told us that if we wanted to go through a third Olympic campaign we should have the will to become even stronger.” So, the Sibellos are now projected toward the 2012 London Olympics, where “we want to take a good revenge and file away Beijing 2008.” 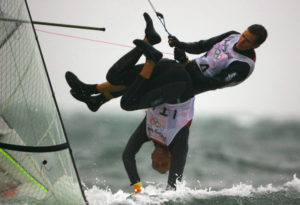 IN DETAIL, WHAT HAD HAPPENED AT THE 2008 OLYMPICS
2008 Beijing Olympics: following a week of great racing, Peter and Gianfranco enter the Medal Race vying for bronze in the 49er. The Danish team, clearly in the lead before the Medal Race, broke its mast on the day of the last race, thus precluding itself from participating in the final, the decisive one. The Danes still managed to start with the boat provided by the Croatians (who did not qualify for the Medal Race). The race takes place in fog, with strong winds and heavy seas; everyone scuffles and the rankings change all the time. At the finish line the Sibellos were celebrating bronze, but they did not realize that the ‘Croatian’ boat was actually hosting the Danish crew.Warrer and Ibsen arrived within maximum time and, thanks to many withdrawals, re-entered the standings and took gold. The Jury confirms. The bluebirds drop to 4th place. Two days and nights of protests and appeals to the ISAF Jury and the IOC Tribunal do nothing to return Peter and Gianfranco to a truly deserved medal. The Danish crew had ignored 3 rules found in the Olympic Measurement Regulations:

(1) each boat must carry on its hull and sail the insignia (letters and flag) of its nation
(2) had not mounted on the boat the camera (weighing about 3Kg) that all the other boats participating in the Medal Race had installed on board
(3) all boats that qualified for the Medal Race were supposed to remain in a quarantine area from the evening of the day before, with no more ability to make changes, which the Croatian boat had not done.

The penalty or disqualification for breaking these rules is not automatic but is at the discretion of the jury. Which he judged favorably in favor of the Danes.”