Mark the date, on January 18, 2016, the new European directive on newly manufactured recreational boats from 2.5 to 24 meters comes into effect. After a transition period to allow manufacturers to adjust the whole industry will come into full effect in January 2018. One of the sensitive points concerns black water. The directive finally closes the chapter on overboard toilet discharges, which will have to be “solely” connected to black water tanks or a “water treatment system.” Another key point is the attachments to the collection system, which will have to be standard. So, connections all the same so you don’t have to engineer to suck the black water from the boat to the system at the dock, with connections different from each other.
NEWS IN THE NAME OF SECURITY
But there are many other new features included in the European Directive (2013/53/EU). In the name of safety, it is specified that each boat must have a system for climbing aboard from the water that can be used by one person without the help of others. It is not specified how and what, but it is logical to guess that it must have an ascending ladder ready to be opened without having to install it. Clarification also regarding the main steering position, that is, the helmsman’s seat. The person driving the boat should have a 360-degree view, that is, for the entire horizon under normal conditions of use.
THE NEW CE CATEGORIES
It has been simplified and made more logical the so-called EC classification of boats that determines under what conditions it can sail. Now everything is very simple; here is the classification:
EC Category “A”: the boat is suitable for sailing with wind force greater than force 8 (Beaufort scale) and wave height greater than 4 meters
CE Category “B”: the boat is suitable for sailing with wind strength up to force 8 (Beaufort scale) and wave height up to 4 meters
CE category “C”: the boat is suitable for sailing in wind force up to force 6 (Beaufort scale) and wave height up to 2 meters
CE category “D”: the boat is suitable for sailing with wind force up to force 4 (Beaufort scale) and a wave height up to 0.2 meters
A manufacturer’s plate placed on the hull (or engine) identifies unambiguously and without misleading other definitions, used previously, to which category the boat belongs.
ABOUT MULTIHULLS
Multihull regulations have been extended to all sizes up to 24 meters (previous only for multi longer than 12 meters). When designing the catamaran to prevent the consequences of the “risk of capsizing,” habitable models, i.e., with a cabin, should be equipped with solutions to facilitate exit to the outside even with the boat capsized.
IMPORTING A BOAT THAT IS NOT CE MARKED
A new figure is defined, that of the private importer, i.e., one who decides to import a boat, new or used, from abroad that does not have CE marking, as is the case, for example, with many boats produced in the United States. It is up to the private individual to produce all the documentation that must be aligned with the parameters of CE Marking. If everything is in order, after appropriate verification, an identification number (Cin) and a manufacturer’s nameplate with the words “Post Construction Evaluation” are issued.
THE MOST EXPENSIVE OWNER’S MANUAL
The directive also clarifies what the owner’s manual that mandatorily accompanies every boat must contain. It should contain information for safe use, make it clear what is needed for routine maintenance, how major equipment is installed, and clarify how to prevent any risks associated with use.
OTHER RELEVANT NEWS
At long last, exhaust emission values for marine engines are being standardized with those in the U.S. set by the Environment Protection Agency (EPA) for both diesel and gasoline engines. A major chapter of the directive, as many as 16 articles, is more about admonitions to the bodies delegated to controls for them to operate, it literally says, “in a proportionate manner, avoiding unnecessary burdens operators and private individuals.”
This is the standard we would like to see implemented by all the bodies in charge of recreational boating in Italy. The European message is clear. 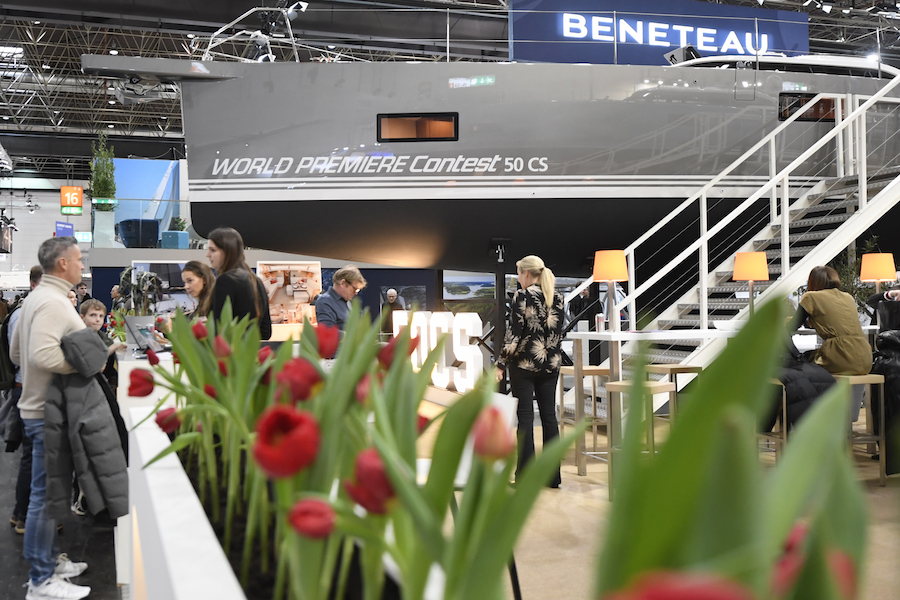