Mario Cudia. My tips for navigating the long haul”

Are you planning a long cruise this summer? So read on: advice from Mario Cudia, a skipper from Marsala with more than 50,000 miles on his back between Mediterranean, Atlantic and Indian (and winning the ARC, the world’s busiest crewed transatlantic, from Las Palmas de Gran Canaria to Rodney Bay in St. Lucia) will do for you. 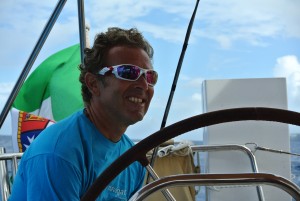 Cudia, 47, began sailing as a child and soon fell in love with the tales of Bernard Moitessier, desiring to become a skipper accustomed to long sailings. He would have to wait until 2004 when he and his cousin Michael founded the charter company Navigatio (www.navigatio.it). His experience ranges from cruising to commanding monohulls and catamarans (mostly in the Caribbean) to team building for corporate regattas as skipper and organizer to participation in offshore races such as the Rolex Middle Sea Race and the ARC (won in the Cruising C division aboard his Hiera, a 2009 Jeanneau Sun Odyssey 49i, with a charter crew).

FIRST COMMANDMENT: SAFETY
“Preparing a cruising boat for long sailing,” Cudia began, “requires great experience in my opinion. I would first like to start with security, a key issue. Don’t skimp on equipment, even if we are talking about coastal and Mediterranean sailing (Many experienced navigators point to the Mediterranean as the most dangerous sea, ed.). Indispensable then will be rafts, inflatable vests with belts, EPIRBs, SSB or satellite radios, the respect equipment (anchors, ropes) and everything needed for emergency repairs and coping with any leaks.”

It is not enough to have the equipment on board, Mario argues, you have to know how to use it: “You must always ask yourself if you would actually be able to use the equipment. I attended an ISAF (the International Federvela) course on safety at sea, and I advise everyone to do the same, even if you are planning to sail from Piombino to Elba Island. What am I going to do with the raft if, in the end, I don’t even know how to open it and maybe I have placed it in a hard to reach spot in critical situations?” 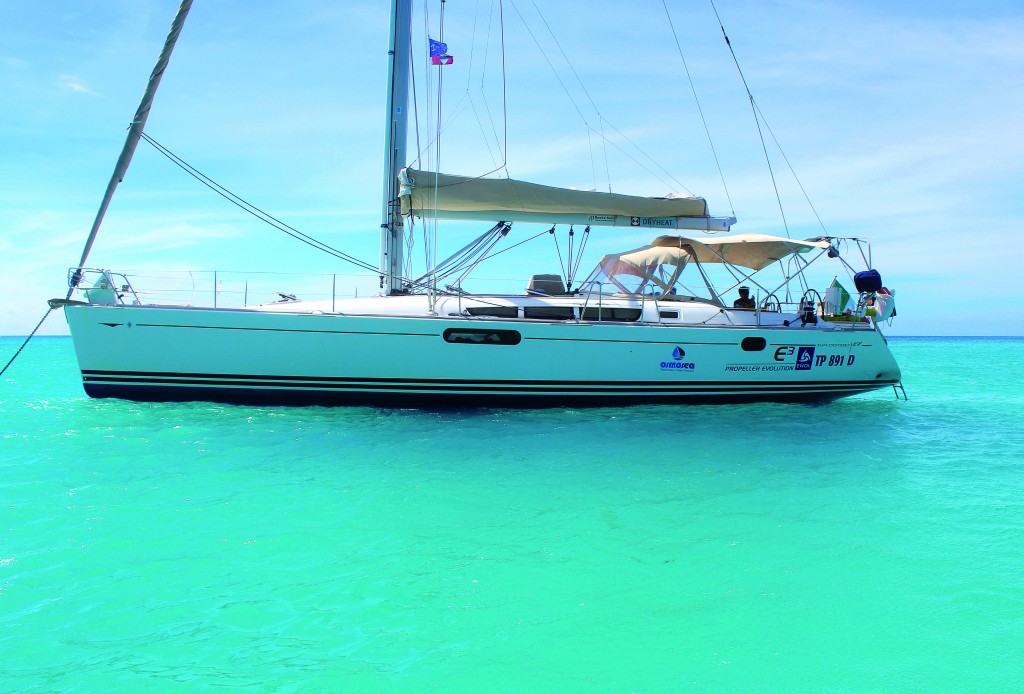 ATTENTION TO RIGGING
Once you’ve gone through the equipment (and checked the expiration date of the fires and raft overhaul), Cudia recommends a thorough check of mast and sails: “Check the condition of the mast, spreaders, shrouds, forestay and backstay, again preparing the right equipment to operate on rigging. The sails that I consider indispensable for long sailing are, in addition, of course, to mainsail and genoa (by the way, don’t forget the spinnaker to be prepared so as not to have any problems during the “butterfly” gait in the stern at the wire), the foresail, preferably furling and possibly gennaker or spinnaker for light winds and carrying gaits.”

FROM THE BRAKEBOMA TO THE THIRD TANK
“I am happy,” continued the Sicilian skipper, “to have mounted on Hiera (his Jeanneau 49, ed.) the Walder, the boom friction restraint: it is a great safety feature especially in strong wind conditions at the carriers. In my opinion, it is then essential for shaft-line boats to have a steerable or folding propeller, not only for performance, but to avoid damage and unnecessary wear on the shaft. Think that the engine manufacturer, Yanmar, urges owners not to engage the gear with the inverter while sailing so as not to damage the axle or the inverter itself! 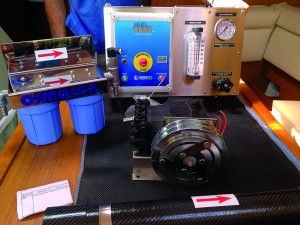 Also, during long sailings, while not essential, it will prove very welcome for the crew to have a watermaker; you may decide to acquire one. Alternatively, increase the capacities of your tanks; I did both when in doubt. I equipped the boat with a third tank, increasing the water reserve from 630 to 850 liters. The tank, made of stainless steel, was installed transverse under the forward berths, taking advantage of the curvature of the boat’s belly. Don’t forget to connect it with a copper wire to the boat ground to prevent galvanic currents from piercing it.”

As for the desalinator, Cudia chose one from his countrymen in Osmosea: “My model produces one hundred liters of fresh water per hour, same model was mounted by Andrea Mura on Vento di Sardegna during the Route du Rhum! is mechanically driven by the motor, which through a pulley triggers the seawater pump.To date, desalinators that operate in this way are, in my opinion, the most reliable and efficient in producing water, compared to the electric model that operates with on-board batteries.”

ENERGY ON BOARD
Mario’s experience has led him over the years to devote special attention to on-board energy reserves: “During the last ARC, for example, the sore points we had were with the gps antenna and batteries, among other things essential for radio transmission and thus the reception of weather data. Before embarking on a long-range cruise, therefore, it would be wise to change the battery pack. If you plan to grind out quite a few miles without stopping in port, I highly recommend measuring how much charge your alternator has, and if it doesn’t seem to provide enough power, replace it with a power alternator.” 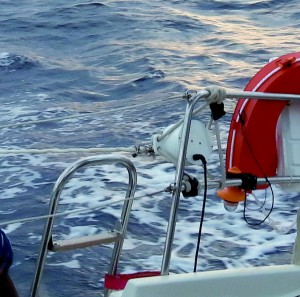 Aboard Hiera, the boat of Cudia (as the island of Marettimo in the Egadi Islands was once called, one of the once-in-a-lifetime must-see destinations according to the Marsala native), solar panels are installed but, if you are sailing outside the Mediterranean, or at any rate during periods of bad weather and rain, it is better not to rely on it too much: “The hydrogenerator, on the other hand, always works, especially when sailing at average speeds of 8-9 knots. The friction I recorded in navigation takes off about 0.40 knots per hour.” Which means that if you sail for ten hours, you will lose approximately four miles. A negligible distance if you are not in a hurry: “My model is small and propeller-driven, capable of producing about five amps.”
Taken from the June 2015 GdV