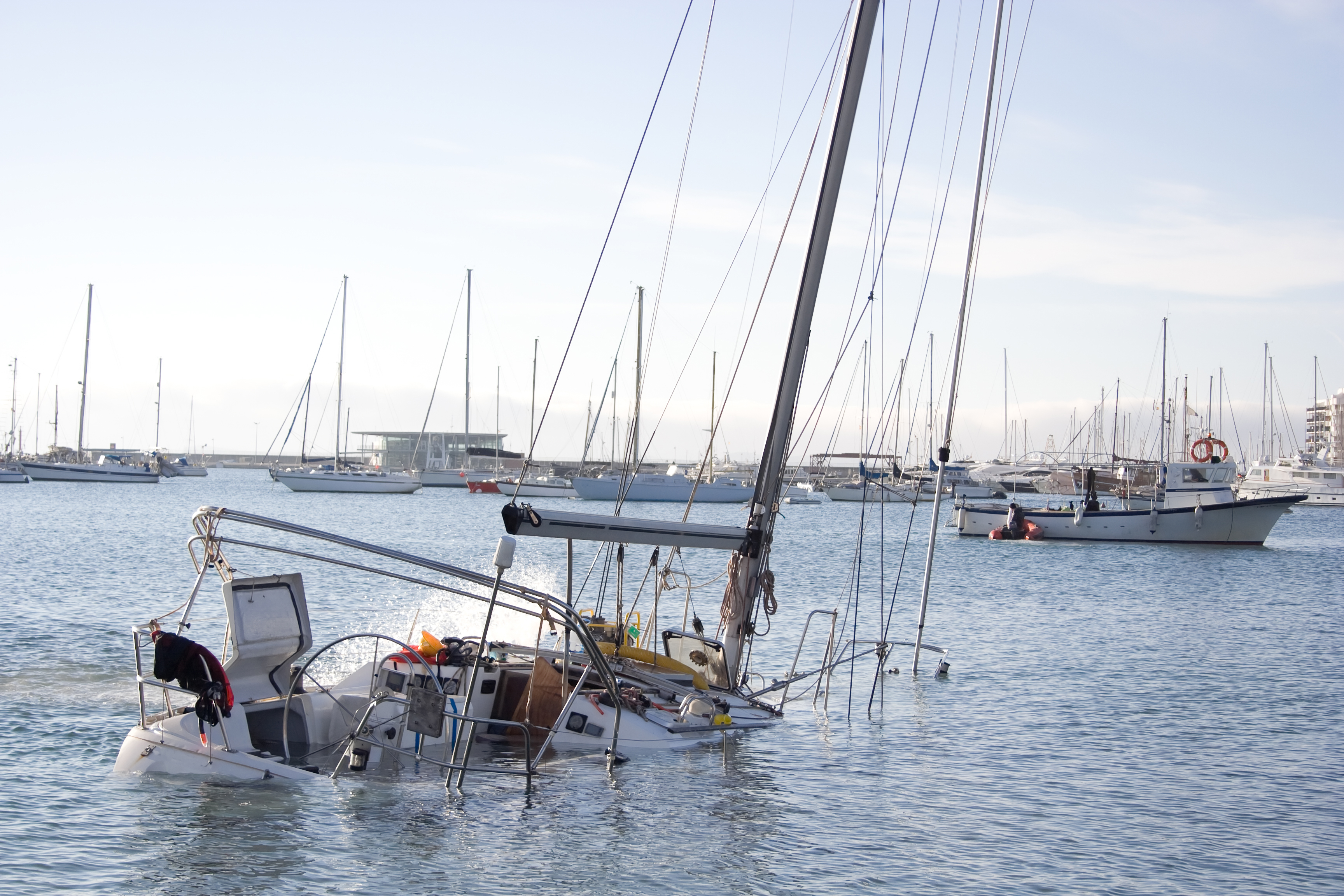 Boat insurance: is that thing that, if you have an accident like this one above, saves you the ghirba. Or rather, it saves you if you have previously taken out the right policy, otherwise it’s trouble. Here is our guide to avoid going broke.

Boat. “Finally. After years of sweat and sacrifice, I can afford it.” I imagined myself in the shoes of a new boat owner, a lover of the sea and sailing, who decides to take the plunge. After purchase, the first hurdle to overcome is ‘ insurance. The world of policies, for the uninitiated, is a real jungle in which it is incumbent to know how to untangle oneself, to avoid nasty, nasty surprises.

From a preliminary investigation on the web, carried out as a perfect layman, I realized that insurance, in the boating world, is divided into two large families: there is the Third-party liability (TPL), which is compulsory for everyone, just as it is for cars, and so-called Yacht Body policies, which offer coverages and riders at various levels, up to and including insuring the vessel against all types of damage. 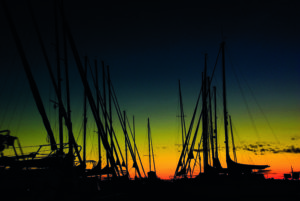 DO YOU FEEL SLOCUM?
The sea is my home, was Slocum my ancestor? In this case, I will not be “emotionally inclined” to coverage of ordinary damages, so I may decide to take the risk by taking out only liability: its premium, the amount of which hardly exceeds 300 euros, varies mainly according to the fiscal horsepower of the inboard, outboard, and inboard-outboard engine and the maximum amount stipulated in the contract (the minimum, according to the law, is 2.5 million euros for personal injury and half a million for property damage). Of course, if the engine decides to abandon me in the middle of the ocean, I have to pay for damages and salvage, and this will not be the only risk I expose myself to. 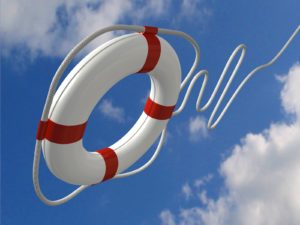 DO YOU WANT TO SAIL SMOOTHLY?
If, on the other hand, I prefer to sail carefree and in peace, or I am new to the sport, I might want to check among the Yacht Bodies policies to see if there is something for me. Among other things, these policies are mandatory by law if the boat is purchased on a lease or with subsidized rates, as is especially the case in the new business.

Doctrine dictates that the Yacht Bodies, which I nicknamed. “Superkasko”, are divided into three major families, depending on the levels of assurance offered: the Body “C,” or Minima, includes the basic clauses, including total loss of the yacht, coverage of salvage expenses, wreck removal expenses, and abandonment (clause elaborated in the “questions&answers” above); the “B,” or Reduced, adds to the coverages provided by Minima the partial losses from fire and theft and the “A,” or Maximum, which includes “B” by adding partial damage caused by any event. The costs in these cases are much more heterogeneous, determined by the age and length of the boat, the maximum speed, the insured value, the clauses chosen, and the quality of the referring company. 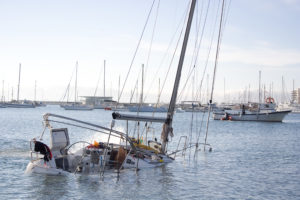 WATCH OUT FOR THE DEDUCTIBLE
Another determining factor is the value of the deductible, which is that amount that, even in the case of loss coverage, remains the responsibility of the insured. A low deductible generally raises the cost of the premium and vice versa: therefore, before taking out a policy characterized by a very low premium, it will be a good idea to check carefully under “deductible.”

I had fun, consulting online comparators, brokers, and companies (both leading companies and small ones), to draw up a table that identifies, roughly, the market range of marine insurance, considering from time to time the age, overall length, and approximate value of the hypothetical boat. A job we can all do, losing some time but coming out more savvy. You can find it below; it will help you get an idea of how much good insurance can cost you (click to enlarge):

THE IMPORTANCE OF THE RIGHT BROKER IN TAKING OUT INSURANCE
In case I am an incurable do-it-yourselfer, I thought, I can try to approach the insurance companies myself, trying to figure out the right policy for my boat. Conversely, I can contact a broker, who does the “dirty work” for me and is better placed in the environment, having the ability to deal with numerous products from different companies. 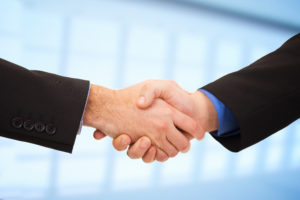 It should be mentioned that some brands refuse to negotiate with the private direct. In both cases, I asked myself the same question: what are the characteristics of a good broker and a good company? A broker’s bargaining power is directly proportional to his prestige, so be wary of agents in the style of alcoholic lawyer Sandy Snyder played by Dustin Hoffman in “Sleepers.”

A broker’s skill is measured in his or her ability to be able to tailor a policy to the insured, including certain clauses in the contract and perhaps eliminating others. If you have a “special” boat (prototypes, monotypes, and so on), the agent’s work is more important than in the case of a standard boat, since the “customization” of the policy turns out to be the determining factor. The other evaluation criterion should be sought in the handling of the claim: the good broker follows the entire process by providing constant advice.

An insured person who completes a claim report on his or her own has little chance of having his or her loss compensated, often for simple formal defects. Claims management is also the key that allows us to draw a clear line between good and bad insurance companies.

Small, catastrophic example: if one day, arriving at the dock to go out boating with my family, I found a two-meter hole in the bow and the boat half-sunken, the first thing I would need would be a timely claims office capable of appointing an adjuster within 24 hours. It would be very difficult and expensive to quantify the damage once the boat has sunk.

THE SPEED OF THE COMPANY
Another yardstick for evaluation, once the appraisal is done (which we assume to be quick and correct), is the speed with which the company issues the settlement receipt for the damage: in a nutshell, how long does it take them to give me my money back? Thirty days, six months, a year? Better to read every line of the contract thoroughly to avoid being reimbursed in 2020 for damage received in ’82.

INSURANCE: THE TEN CLAUSES OF THE GOOD POLICY
Listening to the opinions of knowledgeable people and “poking around” on the net, I, a hypothetical shipowner fresh off the boat, compiled a check-list of the ten clauses that a good policy should contain. First of all, the one related to navigation limits: if we set the Mediterranean as our navigation area, we need to know that beyond Gibraltar we will not be covered. If we also want to include other seas and fresh waters, the premium will go up. If we assume that we use the boat a few months a year, we can request a time limitation in the police reducing the risks and thus the premium. Another clause: insurance coverage in the hauling and launching phases. Often construction sites have their own policies, but if we add our own we will be in a safe haven. 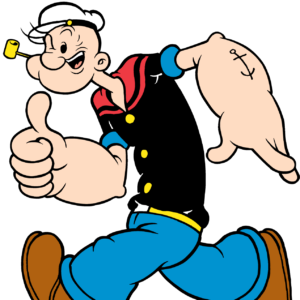 Then there is the very important waiver of recourse (in the case of fire only): in case my boat catches fire in a marina or boatyard, the insurance company will reimburse me for the damage by waiving “recourse” to the said marina or boatyard. This clause is often required by shipyards, especially if you own a valuable boat. Another option, of key importance often included in the various Bodies, is the so-called accepted estimate: according to this clause, the valuation of the boat indicated in the policy is equivalent to the insurers’ accepted estimate, and therefore corresponds to the amount that will be compensated in case of total loss.

Estimation is done according to list prices for new or used boats that are very few years old, while in the case of older boats it usually has to be done by an appraiser, at the insured’s expense. From year to year, then, the estimate must be changed following market values: if we forget to update it (or the broker forgets), we will continue to pay the same amount for the premium even though, in fact, the vessel has depreciated in value.

A good policy should never lack the following Coverage of salvage and wreck removal costs, and, why not, the replacement to new: with this option, in case of replacement of damaged boat parts or accessories, these will be compensated to me at the purchase price, without the application of degradation of use. Another catastrophic example: in the event that lightning struck the boat, knocking out my electrical system, I could sleep sound nights. If I spent two thousand on such an installation, I will get two thousand from the insurance company.

Another recommended clause is for damage to the motor apparatus. Boat owners know that the primary source of breakage (both literally and figuratively) comes from the engine compartment. We can, with an extension, cover engine damage caused by hidden defects, overheating, negligence, and occlusion of sea intakes.

IF YOU LIKE RACING
If I like to take part in competitions and regattas, coverage at the race stage, in taking out ‘insurance, is imperative: quite expensive, but helpful in avoiding dozens of disputes. Sometimes, then, bilge pumps act up: better to be insured against flooding and inundation, so that you are protected beforehand. Last, but not least, coverage in unprotected waters: essential for roadstead aficionados.

If we go ashore with our tender to eat at a small restaurant, leaving the boat unattended, any petty criminal could appropriate the boat with the classic excuse “I found it adrift, now it’s mine”-it has happened before. The clauses mentioned are only a representative sample of the wide range I learned about on the Web: onboard accidents, legal protection, 24-hour assistance, sociopolitical events, eruptions, piracy, you name it. You are spoiled for choice, just pay for it.