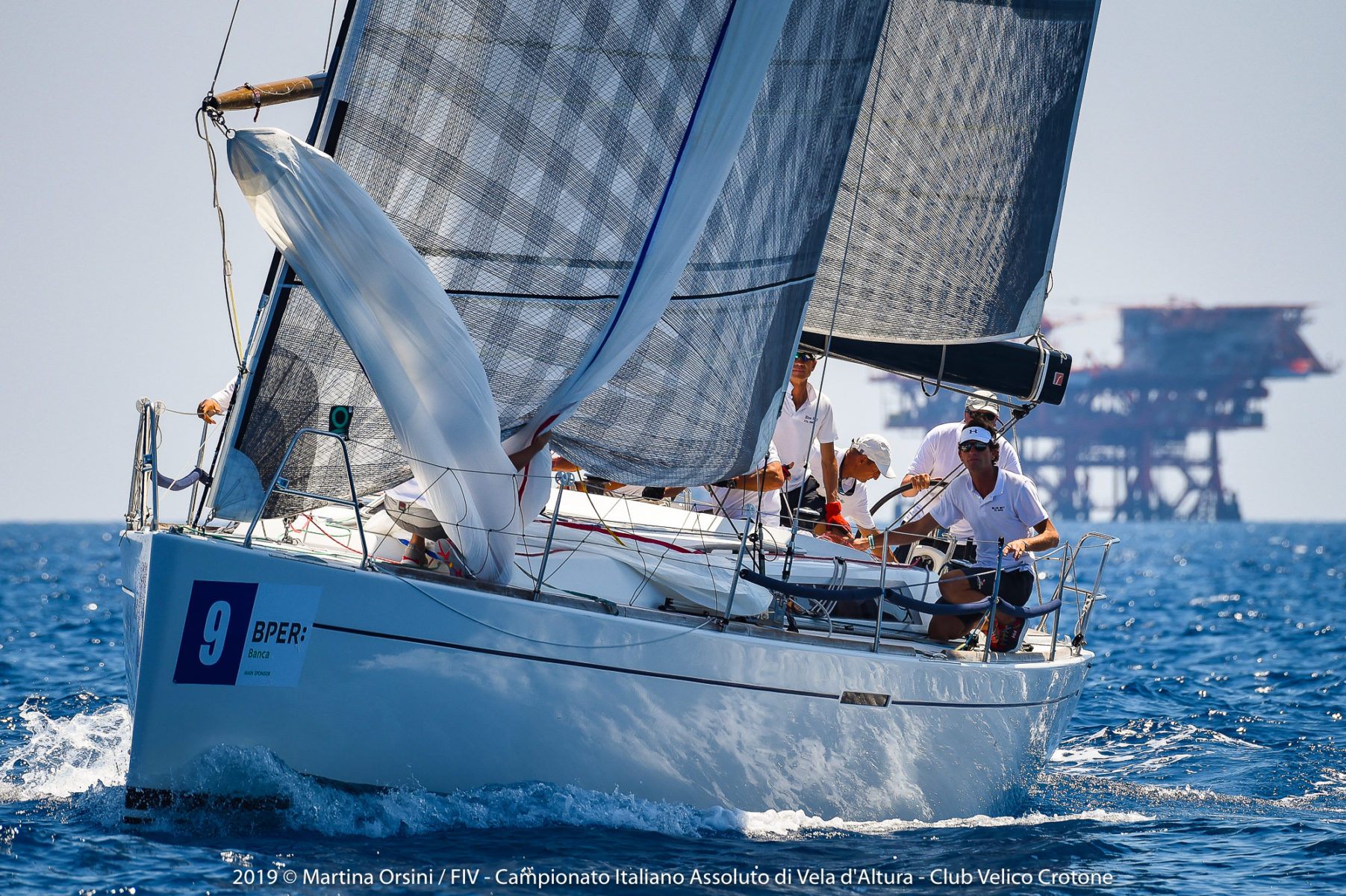 Full haul of regattas in Crotone for the Italian Campionato Italiano Assoluto Vela d’Altura, dedicated to ORC-stabilized boats. As many as 8 races completed all in medium to light breeze and sunny conditions that confirmed the goodness of the Crotone race course. Surprisingly, but not too surprisingly for those who follow offshore racing, the overall overall winner was the Grand Soleil 43 Blue Sky by Claudio Terrieri, which also wins the ranking in Class 1 R. Still strong performances for the new Italia 11.98, which placed Ott Kikkas’ Sugar 3 in second place overall, although the Estonian-flagged boat was not competing for the national title of course, and Scugnizza in fifth and victorious in Class 3.

At the end of the 4 days of racing, here are the overall results of each class:

The “Carlo De Zerbi” Trophy for the Italian Champion Titles of the Regatta and Cruise/Regatta Classes was awarded to:

Group B: Vlag by Luca Baldino

The “Dei Tre Mari” Trophy, raffled off by UVAI, awarded to the qualifying boats ranked first in the rankings of each of the two Groups, namely:

Group B: Vlag by Luca Baldino

Then the Uvai Awards to the best helmsmen in each of the two Groups:

PrevPreviousA life as a bowman: in praise of the most difficult role. VIDEO
NextTwo silvers and a gold: it’s a blue party at the Youth World Championships in GdyniaNext
In evidenza