Good news: the monk seal returns to the Egadi Islands. 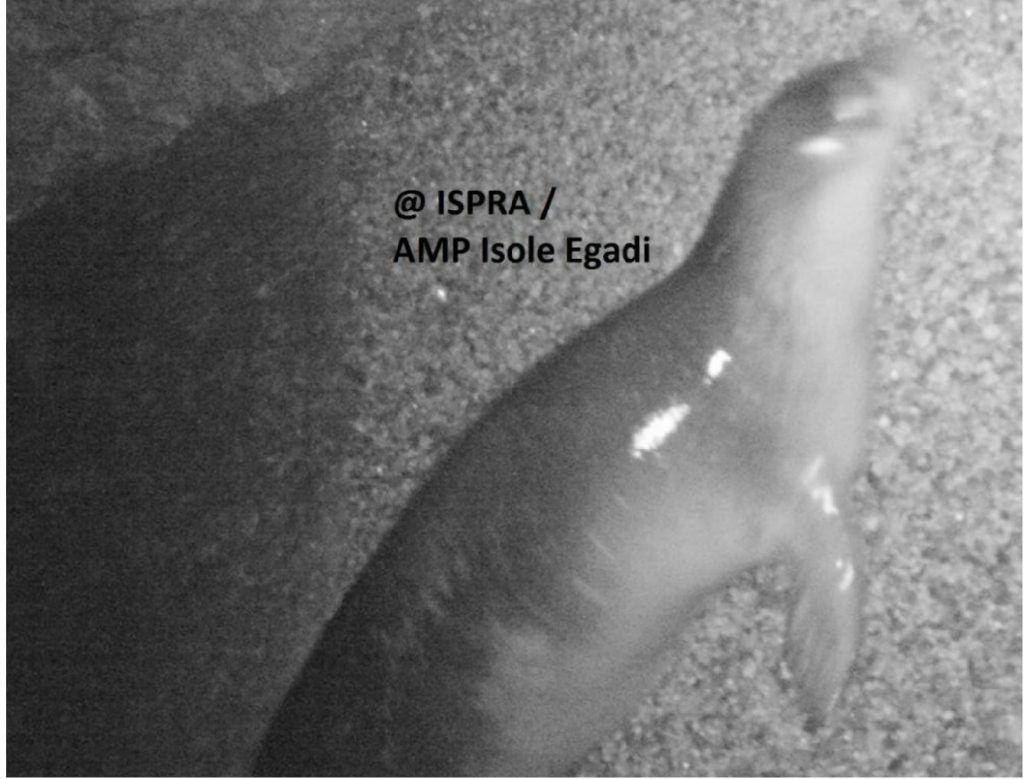 They “got him!” Captured by phototraps in the Egadi Marine Protected Area, a very rare monk seal specimen: its characteristics suggest that it is a subadult-adult size specimen, different from the one “paparazzied” in 2011. The figure confirms the value of the area for the species and indicates frequentation by more than one specimen in recent years. 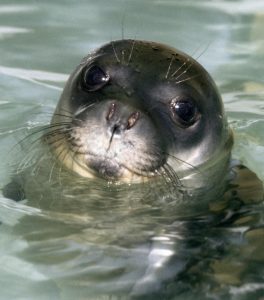 AN INVALUABLE PINNIPED!
The monk seal is one of the world’s most endangered pinnipeds (a group of mammals that includes seals, walruses and sea lions). The decline of the species due historically to its persecution and subsequently to factors such as loss of suitable coastal marine habitat and incidental capture, has led to the disappearance of the species from most of its historic range and a geographic fragmentation of surviving cores. Its population is estimated at no more than 450 adult individuals, divided between colonies in the eastern Mediterranean and those in the Atlantic (Desertas Islands and Atlantic Sahara coasts).

TIPS IN CASE OF A SIGHTING
Are you cruising in the area? Some tips, in case of a sighting:
– In case of a sighting at sea, you should immediately turn off the boat’s engines, maintain silence, and wait for the animal to continue on its way. Seals, intrigued, may approach vessels, divers, and boats, but under no circumstances should they be disturbed, harassed, or pursued either in the water or on land.
– If it is not possible to turn off the boat’s engines, limit your navigation by passing slowly and always to the rear of the observed specimen in order not to force or frighten it
– Monk seals use sea caves for resting and reproductive activity. If you spot a monk seal while swimming or diving, move away slowly so as not to disturb the animal.
– We avoid disturbance to sites where he is likely to rest.
– It is absolutely forbidden to attempt to approach a monk seal with its pup; the stress brought about by human presence could cause the pup and those places to be abandoned in subsequent years.
– The monk seal is protected by Italian law, which prohibits its killing, capture, and disturbance.
– If we are able to maintain proper environmental conditions, seals will continue to frequent our shores, and you too can continue to observe them for years to come!
ISPRA (Istituto Superiore per la Protezione e la Ricerca Ambientale) provides a dedicated Facebook page (Focamonaca ISPRA), through which, in case of a sighting, it is possible – and proper – to report the details, indicating the location and contact details of the observer: It is also possible, to contact ISPRA at 0650074630 or by writing an e-mail to the address focamonaca@isprambiente.it


“We are particularly proud of the result achieved.”
said Luciano Pirovano (Corporate Social Responsibility Director of Rio Mare), “documentation of the return to the Sicilian coast of this rare specimen was in fact also possible thanks to the photo traps that Rio Mare helped install in the caves of the Egadi Islands, an activity that is part of the larger project implemented together with the Marine Protected Area and aimed at safeguarding biodiversity and promoting sustainable management of the area’s natural resources. The initiative, one of the first of its kind carried out by private individuals in Italy to support a Marine Protected Area, specifically provides funding for 3 projects: the protection of Posidonia oceanica, the “green lung” of the Mediterranean, thanks to the placement of 40 bollards aimed at inhibiting bottom trawling, safeguarding Posidonia oceanica seagrass beds, and increasing the fish fauna under the coast; The management of the Monk Seal Observatory in the Punta Troia Castle in Marettimo to monitor the presence of this species, the most protected in the world, in the archipelago and theManagement of the first Sea Turtle Recovery Center in Favignana. to rescue and shelter injured or distressed specimens, which will be housed in special tanks before being cared for and returned to the wild at the end of their convalescence. This initiative is a concrete example of Rio Mare’s commitment to protecting the environment and enhancing the Italian territory. In fact, Rio Mare has been committed to sustainability for years with its Corporate Social Responsibility project “Responsible Quality,” whose pillars of action are: sustainable fishing, respect for the environment, respect for people, and enhancement of the territory and proper nutrition. This initiative aims to enhance one of our country’s most beautiful natural resources, thus creating shared value for the communities in these areas and for Italy.”