Fifty years ago, Moitessier discovered that sailing gives happiness and saves the soul

It was 1969 when at the Golden Globe Race (the first nonstop solo round-the-world race) “philosopher sailor” Bernard Moitessier decided to abandon the race to continue on to Polynesia “to save his own soul.” A gesture of revolt against the contemporary world. “Romantic” sailing had been born. We review his life here, with a nice article written by Fabio Pozzo. 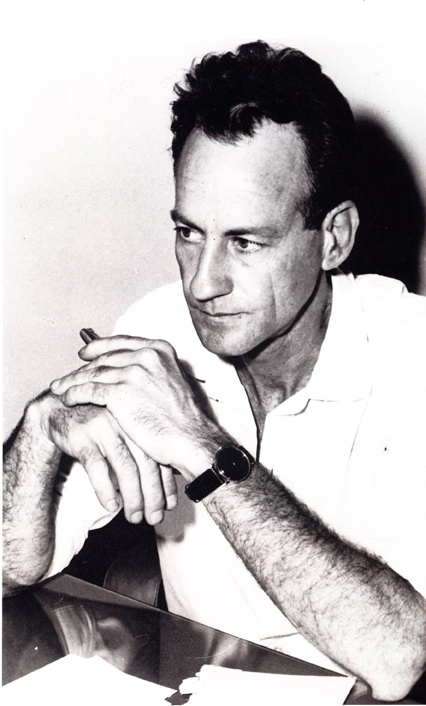 Bernard Moitessier is an Icon, but not yet a Saint. So, one can immediately address, in these first lines, the vexata quaestio: at the Golden Globe, launching, in 1969, with his inseparable slingshot on the deck of the small tanker British Argosy – in Capetown Bay – the message “I continue nonstop to the Pacific islands because I am happy at sea, and perhaps also to save my soul“, Was he a winner or a loser?
For some, he, who was leading the first nonstop solo round-the-world race in history, gave up: he could not carry the race, all the way through, as Robin Knox-Johnston did. For others, however, his decision to turn his back on everything and everyone was an extreme choice of freedom: in his belief, “it would be bullshit to go back to Europe… “, they read in it a victory. I, in truth, do not know. So, I tried to understand.
I flipped back through the pages of his first book, “A Wanderer of the South Seas“; of his second, “Cape Horn to Sail“; highlighted the most poignant passages in “The Long Route” and his latest “Tamata and the Alliance” (and the posthumous “Sailing, Distant Seas, Islands and Lagoons”). Until, I came across the text (“Moitessier, the Long Trail of a Free Man,” Nutrimenti, 2006) by a French journalist, Jean-Michel Barrault, who was a friend of the Icon. And I began to navigate with new coordinates. Barrault says that to truly understand Moitessier’s decision one must go back to his childhood. And flow through his life. Let’s do it.

CHILDHOOD IN THE FAR EAST
Bernard was born in 1925 in Vietnam, then Indochina. Lives in Hanoi, then in Saigon. The father is a graduate of the Haute Ecole de Commerce, a successful entrepreneur in import-export; the mother, educated and with an artist’s temperament. There are two other younger children, Françou and Jacky. The three children are wild, keen on swimming, less than school, and with a strong spirit of adventure, which is nurtured during family vacations to a small village in the Gulf of Siam. Here, Bernard finds his first friends and his first Pygmalion, a fisherman who teaches him to navigate without the aid of compasses and other instruments, because “with the stars or the direction of the wind and waves you always see where you are going, and your ears stay open to listen to what the sea is telling you“. 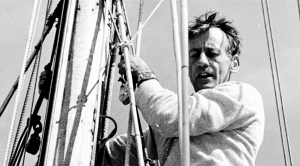 ShaIn this village Bernard will return when he is older and has already turned his back on his father’s business. He buys and arms a junk boat (Snark) with a partner, befriends a French adventurer who becomes his spiritual guide. And he begins to live as he feels he wants to. But there is no happy ending: France loses the war; Indochina is invaded by the Japanese; Hiroshima comes; the communist Viet Minh. Bernard abandoned the junket to its flaws and joined the Liberation Volunteer Group as a sailor-interpreter. But a tragedy wipes out his dreams: his brothers, who head a Cambodian shooting company, kill one of their childhood friends; Françou commits suicide; and Jacky flees to Guiana, tormented by remorse. When Bernard, a little later, decides to leave Indochina, he has escaped death several times, abandoned his first love, seen his father broken, his friends fall. He escapes from his nightmares with a new boat, which makes him discover, or rediscover, the sea. And its course. But he doesn’t get far: the junker he named after his first girlfriend, Marie-Thérése, sets sail from Singapore and gets stranded by a charting error on the Chagos Islands in the middle of the Indian Ocean. Bernard did not lose heart, boarded a British corvette, and landed in Mauritius. And from here, after doing a thousand jobs, he starts again. 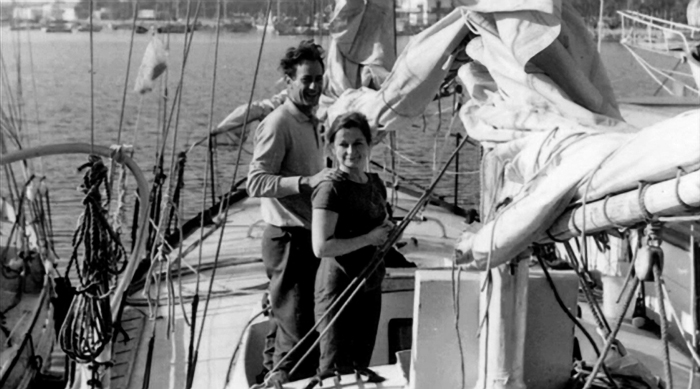 She will fail again: the new boat, the Marie-Thérése II, with which she makes a stop in Capetown and sails up the Atlantic to the West Indies, is going to smash-a stroke of sleep, while trying to reach the Trinidades and a new love-on the reef of the Diego Garcia atoll. For the Icon, it is a bad blow. Which reawakens for him the pain of Indochina wounds: he falls into depression, boards a freighter and returns to France. In the homeland Bernard turns into a pseudo-travet. He was a medicine representative, then an encaustic tin can salesman, married Françoise, who brought him three children as a dowry. And he meets Barrault, who urges him to write. In 1960 “A Wanderer of the South Seas” came out: it was successful and the author began dreaming of a new boat again. It will come: it is a 12-foot steel ketch, two telephone poles as masts and a name, Joshua, which is Slocum’s name. He took up sailing school, to raise money, trying to make his students feel the sea without instruments (his advice: two books, “Glenans Navigation Course” and Antoine’s “Mettre les voiles”; for practice, start with the Optimist, the “royal road to cruising boat”). 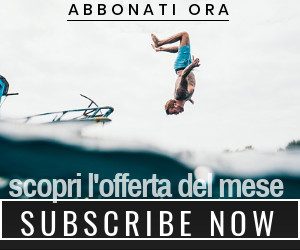 A COUPLE “ROAMING” THE OCEANS.
The honeymoon is a round-the-world trip. With a promise to Françoise: to return, so as not to stay too long away from the children. For the Icon, it is a lasso: to the soul, and to his boat, which whispers to him “give me the wind and I will give you the miles.” It is also worth a feat, the promise: to be quicker, the two pass the Horn and cover along the logical route the Tahiti-Alicante crossing. It is 14,000 miles, nonstop. Bernard returns home, plunges back into everyday life. But he is a different man. Or rather, he is a man who has discovered what is in his heart. “I feel a terrible urge to return to living on the water,” he writes. Publisher Jacques Arthaud commissioned him to write “Cape Horn to sailing” with a tight deadline. Bernard needs the money and chases the pages of his memories. The last three chapters, hastily packed, are a surrender. “In bookstore windows, that book was like a finger pointing at my soul, saying, “Traitor.”“.

E‘ failed in the “covenant” with himself and the universe, and is ashamed of it. Falls into depression, contemplates suicide.

There is only one medicine. Return to the sea, to the Pacific. “Water, water, water,” as a sorceress predicted to him. He understands what he has to do: a nonstop, solo round-the-world trip via the Three Chiefs. And write another book, on oceans (fixing with the publisher an annuity for Françoise and the replacement of those three cursed chapters of the previous one). Thus, Bernard is reborn.

THE ENTERPRISE CROWD AND THE BIRTH OF MYTH
It is 1968. The Sunday Times launches the Golden Globe and wants Moitessier. The Icon doesn’t go for it. “The spirit of competition would risk losing sight of the essential: the race to the limits of self, the search for deep truth, with the Sea, the Wind, the Boat, the Infinitely Big and the Infinitely Small as witnesses.” But money is needed; the 5,000 pounds up for grabs would help pay off debts. Bernard capitulates. But with a purpose: I win, I withdraw the money without thanks, I sell off the Globe at auction. We come, thus, to the long course. At sea the Icon finds his soul, silences his torments (the Dragon), meets peace. “They will never return to Plymouth,” Françoise reads in his heart as he leaves Plymouth.
“I had such a need to find the breath again offshore, there was only Joshua and me in the world, the rest did not exist, had never existed” Bernard will write. “Water, water, water“: along the parallels and meridians the Icon will be happy. “I want to completely forget the Earth, its cruel cities, its sightless crowds and its thirst for a meaningless rhythm of existence“. On March 20, 1969, in Cape Town Bay, the turning point. “Rather than return to England, I prefer to continue, nonstop, to the Pacific Islands.” 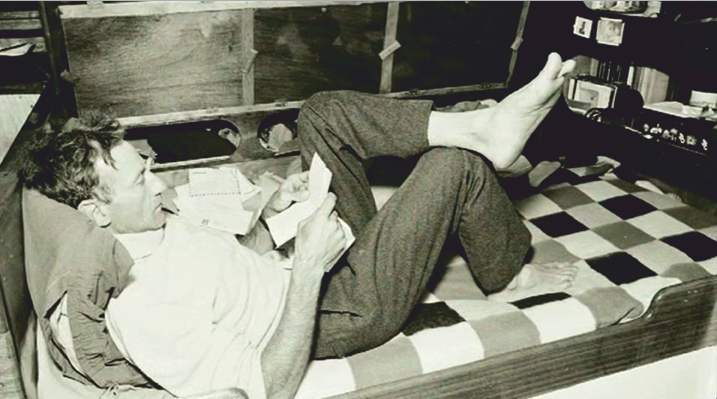 He does not enter history, the history of competition; but he opens the doors of his universe, the universe he has chosen for himself. Another halfway around the world, nonstop, Tahiti, Polynesia. “It was not about reaching the end of a journey, but about reaching the end of myself. At sea I was happy, because I had found peace of mind, a total, deep peace, too precious to have to risk losing it by stopping before the right time“. From here on, Bernard lives. Magical islands and atolls, new loves, a son, pilgrimages of the soul, Joshua taking to the sea again, the new boat Tamata. The books and utopias, such as leaving the rights to “The Long Route” to the Pope, “flame of spirituality that still remains in the peoples of the West,” but also not to disavow what has been done: “To accept them, would have been tantamount to implicitly erasing the whole wake from Plymouth onward” (the Vatican would eventually ignore them, and Bernard withdrew the intention).

BERNARD THE IDEALIST
The ecological, anti-nuclear battle; money for French mayors to plant a fruit tree. America, too, with the final sinking of the myth-boat (which would later be purchased by the La Rochelle Naval Museum) with actor Klaus Kinski on board, was bad luck. Finally, the fight against the beast. If Bernard had succeeded in defeating the Dragon, he does not succeed against cancer. Refuses to have surgery, accepts defeat. He died in Paris, four years after watching his brother Jacky succumb to the same disease. It is 1994, Bernard is 69 years old. The three brothers return together to the fishermen’s pirogues in the Gulf of Siam, where they have been happy. Golden Globe winner or loser? Simone Bianchetti, the navigator, said Moitessier had given up. Peace to the soul of both of them. 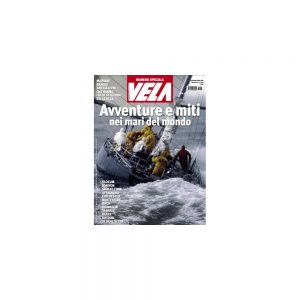 YOU CAN PURCHASE IT HERE FOR ONLY TWO EUROS!