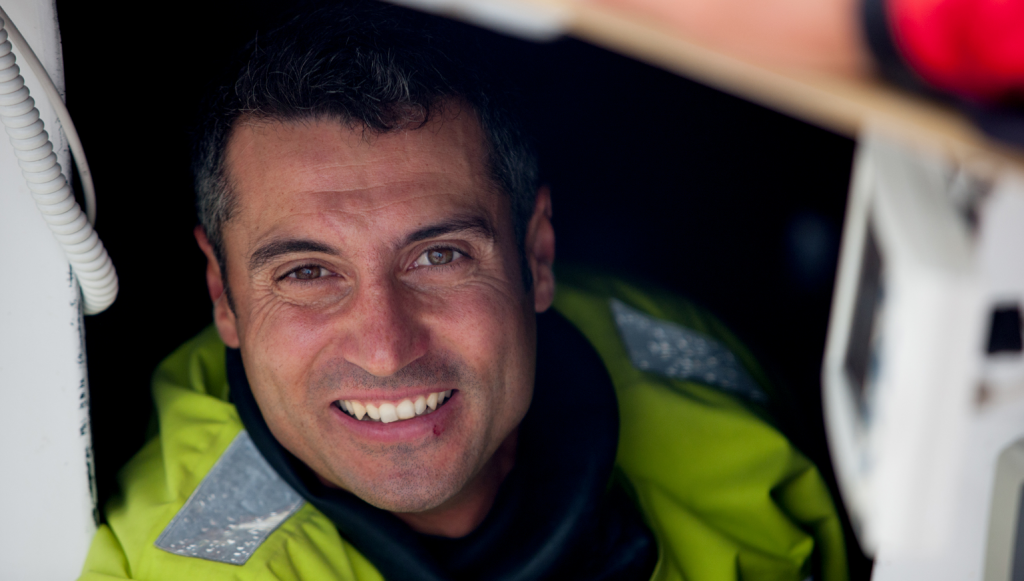 We kidnapped him by phone on the fly as soon as he got off on the docks in Itajaì. Giancarlo Pedote (paired with Erwan Le Roux) is the hero of the day: on the Multi 50 FenetreA-Prysmian dominated the Transat Jacques Vabre (5,400 miles from Le Havre, France, to Itajaì, Brazil) not only winning in its category but finishing ahead of the faster, more technological IMOCA 60s. A crazy result achieved by the 39-year-old Florentine who, after his Mini class successes, wins everything on multihulls and now has only one goal in his head: to participate in the Vendée Globe.

Once you realized that the other Multi 50s would not catch up with you, what was your strategy?
“Keep running as much as possible. At this point, we wanted to stay ahead of the IMOCAs and finish third overall (Macif and Sodebo are the Ultime, 100-foot maxi trimarans that finished first and second overall: but these are two extraterrestrials off-road) and we succeeded“.

Despite a break in the mainsail.
“Yep, the mainsail on Saturday delaminated near the head, and we had to lower it completely and proceed to repair it with patches. Fortunately, it held. This was the only breakdown we experienced. In a “carnage” regatta like this Jacques Vabre, with so many retirements, we can be more than satisfied“.

The most difficult moment of the regatta?
“I already told you a few days ago when we were in touch. The depression that brought the fleet to its knees all the way to Madeira. Forty-eight nightmarish hours without closing your eyes in the storm. It was so hard but we came out unscathed because we chose a conservative strategy“.

Now what?
“I know where you‘re going with this.”

You’ve won everything in Mini, you’ve won everything in Multi50, now you’ve got IMOCA left, and Vendée Globe, the solo round-the-world race.
“I have never hidden that it is my goal, but it is an ambitious project. I, I think I have proven, care about doing things well. When I decide to take part in the Vendée, it will be because I will have found the necessary funds to build a winning project. I don’t give a damn about sailing around the world so much, I want to win. Or at least play it“.

Pre-registration for the Vendée expires next July 1…sure sure sure sure not to make it?
“This is how I see it. The more time passes, the greater the investment to participate will have to be to catch up with other teams. But I’m not ruling anything out, although in Italy…”

In Italy?
“In Italy, we still cannot sell ocean sailing well. Let me give you an example: tomorrow in France, L’Equipe (the most important transalpine newspaper) will devote ample space to the Jacques Vabre; over here, the major national newspapers will probably not give the same weight to the regatta, even though an Italian won. Just when it would be time to ride on the coattails of the excellent season that Italian offshore sailing is experiencing instead“.

By the way: do you know that Michele Zambelli is second in the Mini Transat?
“I find out now from you. Great Michele, I’ll just tell you one thing: full throttle and don’t give up!“