EXCLUSIVE “I imagine Paradise as a long lasso with 30 knots.” Interview with Vincenzo Onorato 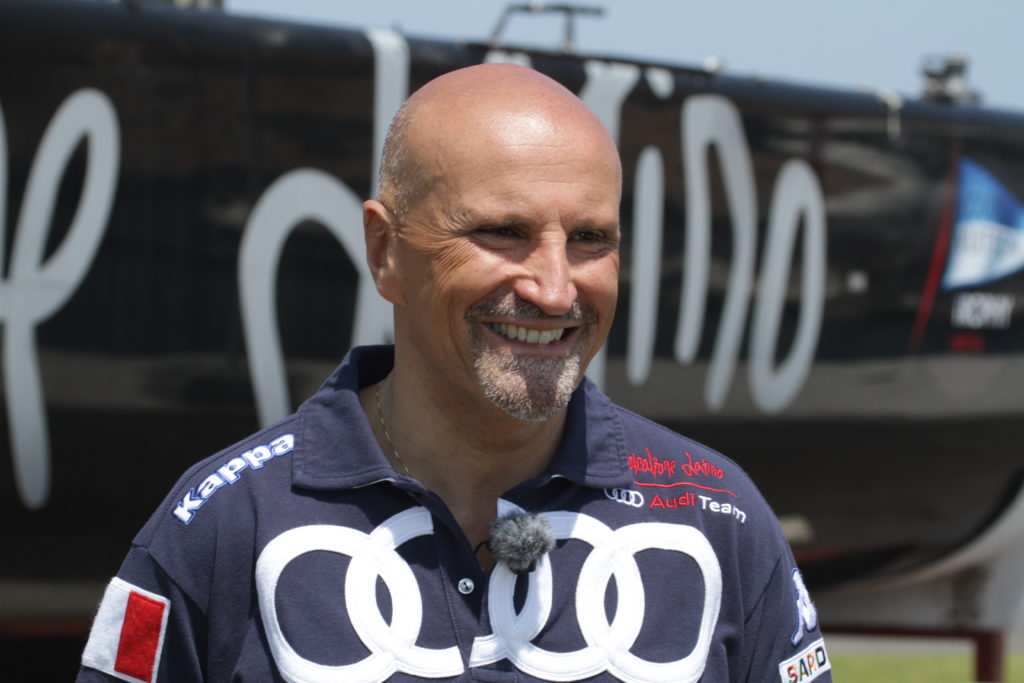 Vincenzo Onorato, winner of the TAG Heuer VELAFestival Grand Prix, won everything, about everything. Farr 40, Cookson 50, Melges, IMS, Mumm 30, Altura. He is president of Mascalzone Latino, the team that has challenged three times for the America’s Cup. As soon as he has a spare minute he is sailing on his beautiful Swan 65. The passion for sailing of Onorato, a 59-year-old Neapolitan, owner of the Moby and Tirrenia ferry companies, is total. 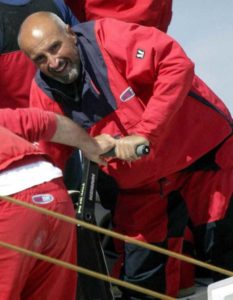 Who more than him (we had awarded him 2007 Sailor of the Year, now he is “reborn” by winning in 2016 the Rolex Middle Sea Race on his Cookson 50, the Melges 32 European title and taking a second place at the Swan Cup on his Swan 38) deserves the VELAFestival Grand Prize? Vincenzo will be at the TAG Heuer VELAFestival in Santa Margherita on May 5, on the occasion of the Evening of Champions, to receive this important career award.

In the interview we conducted with him you will see why, if you come and celebrate it with us, it will be fun.

OUR INTERVIEW WITH VINCENZO ONORATO

Honored good morning. We know that she is “only well when she is at sea.” Can you explain why?
And who knows? God made me this way.

How many days have you spent at sea in your life? And how many miles did he sail?
Same answer as before: Who knows? However, one thing is certain, I am always in sea debt and every day away from the sea is a wasted day. The sea is the face of God revealed to men who can read it. I imagine Paradise as a long slack with 30 knots of wind all gliding on a boat designed by HIM.

What is your (still unrealized) dream as a sailor?
Every man is possessed by a demon, mine is the regatta. It’s time to do the big classic regattas that I haven’t participated in yet before I got too old to do it, and we’re almost there…

What is your myth sailor?
Eric Tabarly, whom I had the privilege of meeting many years ago. I asked him what one should do when one is in the center of a hurricane. He replied laconically, “Nothing, wait for it to pass….” He was a great sailor but did not know that he was also a philosopher. I remembered his words during the tragic 1995 Transat des Alizes. It passes anyway, I thought, and everything passes….

What about his favorite sportsman?
Dennis Conner. In an age when everyone is wont to blame others for their defeats thus revealing themselves to be nothing people, Dennis, when he lost the Cup simply said, “No excuse to lose,” and then had the balls to go get the Pitcher back in Australia. There is also the fact that he is a close friend. I owe to him the only time I went into an alcoholic coma. It happened in Auckland the next morning I was a larva barely standing upright after drinking three liters of water. He stood there at the helm like nothing was wrong. We must have taken out half a case of rum. Giorgio Passerella brought me home late at night in a wheelbarrow….

Honored writer or Honored sailor?
I am easy prey to the lesser vices: Bacchus, Tobacco and Venus, with a special eye for the latter. Now and then I also escape to write, and kind of like pee, when it escapes it escapes.

Who is the sailor/sailor who taught you the most?
My father, that was a sailor. If I could ask God for a favor, I would beg him to let me return a half-day with him on the Alcyon, the bow-jib bomber cutter my father used to sail with me around the Mediterranean. I was 7/8 years of age.

The moment at sea when you were most afraid?
I am always afraid at sea, whoever is not afraid of the sea is not a good sailor or simply it has always gone well for him. I have seen too many deaths at sea and have been scarred by them.

Favorite boat in his “stable”?
No doubt. Several wives, but one boat: the Swan 65, Mascalzone Latino XIV.

His most beautiful victory?
In Naples, the “island tour.” It was the year 1978, and I felt like I had won the America’s Cup.

His favorite place to go on a cruise?
The Sardinian Sea that is not necessarily the Emerald Coast, quite the contrary. The island of Malu Entu is the most beautiful place in the Mediterranean, deserted and magnificently devoid of “hasslers” in speedboats with blasting music.

What is sailing to you?
The crazy habit, I’m addicted to sailing. If I don’t stamp a boat I go through withdrawal. It’s hard to find me in sailing-related social events, I just like the regatta period.

The America’s Cup has taken a “flying” turn. What do you think?
I don’t want to talk about the America’s Cup, it’s still an open wound, maybe one day it will heal, who knows when and how, maybe with a 20-meter monohull…

Facebook Twitter Youtube Instagram
PrevPreviousThere’s dirt in Port Carras: the Scugnizza case and “ORC doping”
NextSailor of the Year, stop voting! Super Cili and Mura, now the ball is in the jury’s court!Next
In evidenza