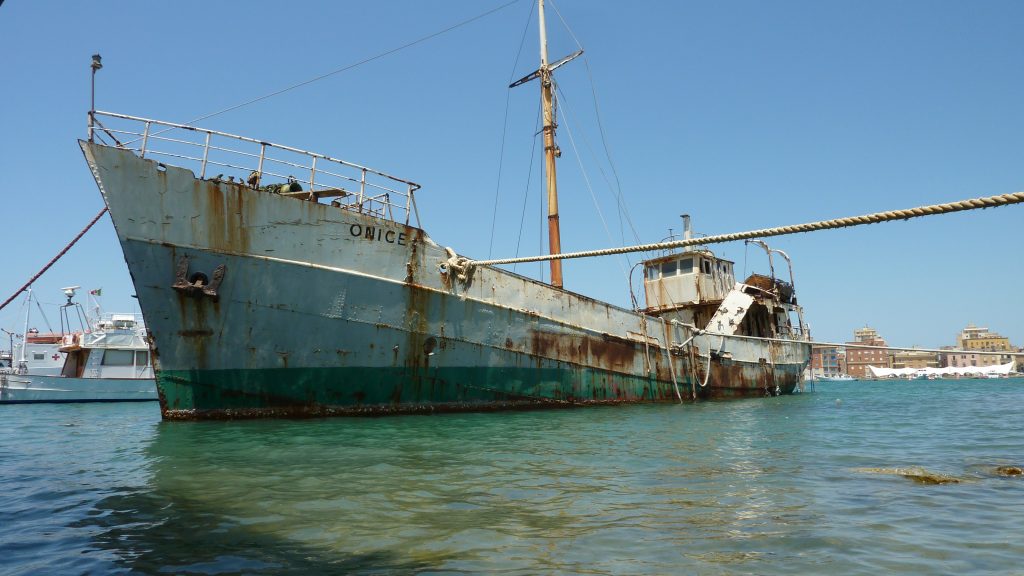 Some time ago we told you the story of Transoceanic wind transport, a company active in the English Channel and the Caribbean that is engaged in cabotage, that is, the transport of goods on sailing ships, as it used to be done in the old days, thus zero-impact, eco.

ECO CABOTAGE RETURNS TO ITALY
“Eco” cabotage will now also return to Italy: thanks to Giuseppe Ferreri, Oscar and Daniel Kravina and Tobias Blome. The four plan to salvage a former sailing cargo ship, built in 1911, for use in the environmentally friendly transportation of zero-emission goods, harnessing wind and self-generated electricity as means of propulsion. ‘Brigantes’ (formerly ‘Onyx’) is the last of Pantelleria’s sailing ships in sailing cargo transport. The recovery project also envisions its use for vocational training of sailors and passenger transport. The 30-meter-long ship is currently undergoing restoration at the Da.Ro.Mar.Ci shipyard. Trapani, Sicily.

WILL START IN 2018
The new launch is scheduled for 2018, at which time it will be able to sail again along with Eye of The Wind, the sailboat-gem already made famous throughout the world’s seas for being used as a floating set for the films “Blue Lagoon” starring Brooke Shields, “Tai-Pan” and “The Albatross. Beyond the Storm” by Ridley Scott. The Da.Ro.Mar.Ci. Shipyard. originated during the Bourbon era and is now a historic Sicilian business where the art of Trapani’s axe masters has been handed down for seven generations. 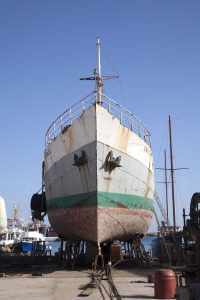 A SAILING SHIP SAVED FROM DEMOLITION
When it was launched in 1911 at the Lühring shipyards in Brake, Germany, it was called Meta and was a studded iron hull 30 meters long, 7 meters wide, armed with a gabion schooner. Spoils of war to the French in 1920, it arrived in Italy as early as 1923, where it was used to transport talc from Sardinia to Livorno. In the 1950s it underwent the dismantling of the sailing rig and conversion to a motor vessel. Since 1953, under the name Onyx, it has been transporting goods between the Sicilian island of Pantelleria and the mainland. In 1998, the unit was decommissioned and abandoned in a corner of the harbor. In 2016, to save it from demolition, a group of enthusiastic Italian-Austrian-German investors bought the former sailing ship. Transferred and hauled out to dry-dock at the Da.Ro.Mar.Ci shipyard in Trapani, the hull plates are found to be in good condition. The adventure of salvaging Brigantes, a new name given to the sailing ship, can officially begin.

WHY SAIL FREIGHT?
There are essentially two reasons why the Brigantes team came up with a cargo sailing freighter. The first is the desire to revive a now-forgotten world, where sailing will be experienced differently from the idea of yachting and in which contact with seafaring art understood as a functional element and not as museum material will prevail. The second is the desire to be part of the growing number of people who want to change things and who believe in a sustainable future of healthy products, fair trade and responsible economics. An unusual, intriguing and authentic economic concept. 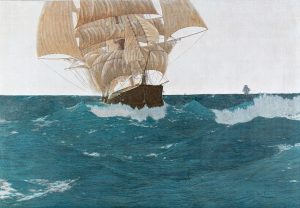 YOU CAN ALSO PARTICIPATE
Anyone can apply to become part of the Brigantes project, offering sponsorships, materials, equipment, instrumentation, equipment, shipboard equipment or even volunteer labor. It is also possible to buy shares in the ownership of the sailing ship(www.brigantes.eu), with the assurance of experiencing a pioneering adventure in Italy and being part of a small revolution in maritime freight transport. Large companies or associations that protect the environment and consumer interests on a daily basis could use Brigantes to transfer their products or food by sea. The on-board propulsion apparatus, in addition to the sails, will consist of an electric motor alongside a solar/wind power system. A unique opportunity to promote real eco-sustainability by demonstrating consistency with their corporate philosophy and being sensitive to global pollution issues. The project’s Facebook page, which is constantly being updated, can be found HERE.

THE TEAM.
Brigantes Shipping Company, the author of the salvage of the sailing ship, will finance the project through a mix of its own funds and third-party capital, which will be offered the option to buy a share in the company and consequently in the ship. The protagonists of this extraordinary adventure are Oscar Kravina, a boat builder and restorer and coordinator of the project; German engineer Tobias Blome, a nautical surveyor and naval consultant for companies in the maritime sector; Daniel Kravina, an organizer of cultural events and administrator of the Brigantes Shipping Company; and Italian Giuseppe Ferreri, a merchant navy captain who began his career right on board Brigantes when it was still transporting goods between Sicily and the island of Pantelleria. He will be entrusted with the command of the sailing ship. The refit design will comply with the regulations of the classification body RINA (Registro Italiano Navale), one of the most recognized shipping registries by IACS (International Association of Classification Societies).