Here we go. Our tour through the labyrinth of the Dusseldorf Salon has begun. There is excitement here in Germany, not for many seasons have we seen such enthusiasm at the beginning of the calendar year and at the main winter event. Let’s go right away to hunt for the latest innovations, to see, especially from underneath (one of the advantages of these shore shows is that we can enjoy the charm of the boats’ hull lines from below), what until now had remained only a beautiful rendering. 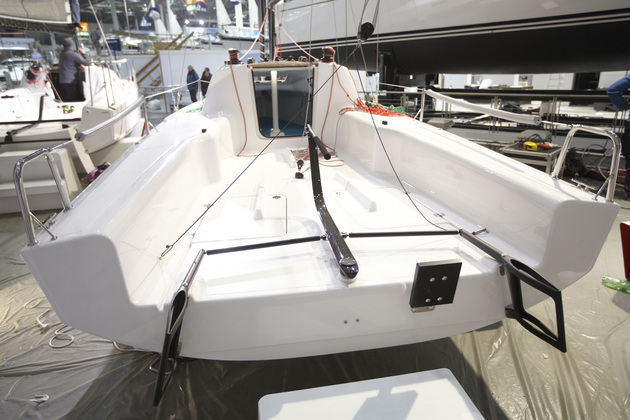 Not only in terms of size between 18 and 27 feet, but also, conceptually the Seascape 24 combines the essence of both siblings. A daysailer boat designed both for those looking for a racer hull to go on the water a few hours a day, and for more experienced sailors who plan to cruise along the coast with the idea of undertaking nautical camping by being able to anchor easily even in shallow water, thanks to the canting keel (0.30 to 1.90 m). The Seascape 24 is also wheelable.
The boat’s empty weight is 890 kilograms (displacement is 960 kilograms), also below the originally calculated value, about 300 kilograms less than the Seascape 27 but with almost identical sail area However, the big one has more ballast and a higher righting moment. The hull is designed to be planing, so speed will not be related to length (7.3 m by 2.5 m wide), unlike a traditional displacement boat: the shipyard focused on planing capabilities even in light winds. And in this direction also goes the choice of solutions marked by easy sailing: the simplified deck layout with all maneuvers within reach of the helmsman, hull stability, and and double rudder blade. The shaft was made of carbon fiber.
The ready-to-sail boat costs 51,890 euros ex-yard, a price certainly higher than the average 24-foot boat. However, there are membrane sails from North Sails (self-tacking square-top mainsail that with the jib reaches a sail area of 42 sq. m., easily maneuverable gennaker of 65 sq. m.) and high-quality carbon accessories that promise to offset the financial investment with spectacle and fun. 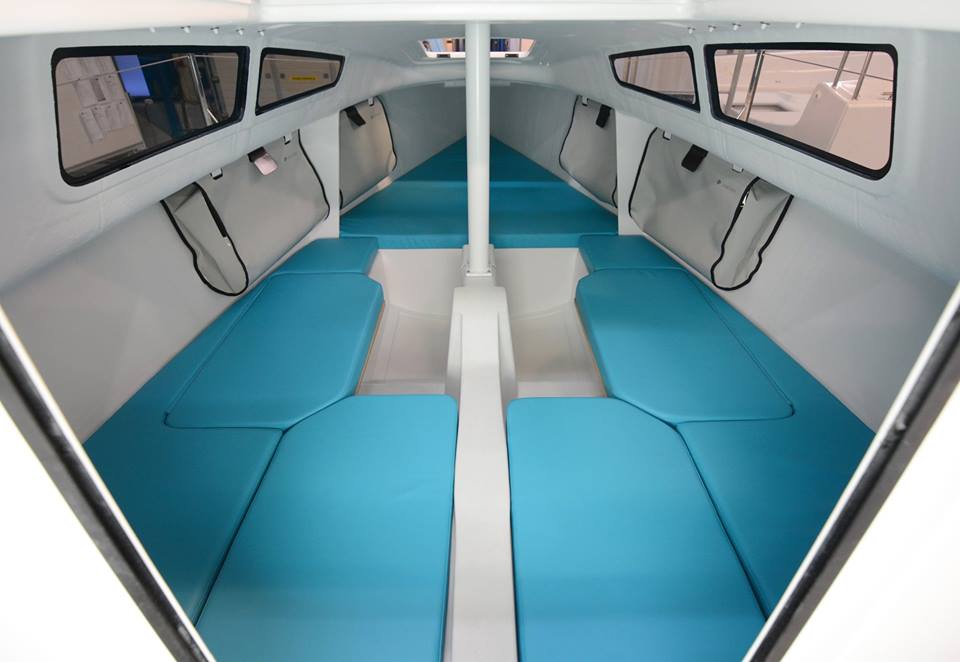 There are four berths below deck, one double berth in the bow and two side berths in the saloon, a feature that also makes the Seascape 24 attractive for cruising with family or friends. www.thinkseascape.com

DEHLER 42: THE HULL READY TO TAKE TO THE WATER 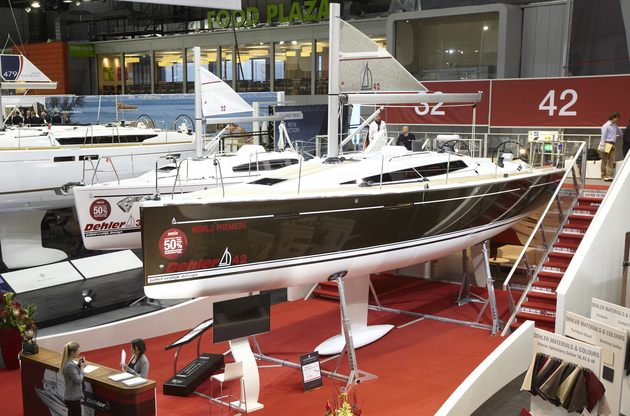 Arriving in front of the new Dehler 42, I pause under the boat to observe the Judel/Vrolijk-designed hull lines: fine sections at the bow and a flare toward the stern that increases waterline length at heeled boat .
The construction site has made a Standard version in which all-inclusive means a lot: Sails, electronics, composite wheels, electric winches, while the option moves us directly into the world of racing (with the keel increasing from 2.15 meters in the standard version to 2.40 in the racing version), with a possibility of total customization. Dehler thus breaks the practice of the base price soaring with the addition of “accessories” . The site then came up with packages to offer to clients. The cruiser package, for example, includes the cockpit table and fold-down aft platform, which is often disliked by racers who will instead have the bow delphiniera with gennaker or Code 0 attachment in the package, as well as a two-ton lower displacement. In both versions, a strong bias toward simplifying maneuvering so that it is really possible to drive the boat with only two crew members.
The mast is through and rests in the keel. In order to distribute the load optimally, the supporting structure is reinforced with carbon fiber reinforcement: the “Carbon Cage.” The hull is made of fiberglass sandwich with vacuum infusion. 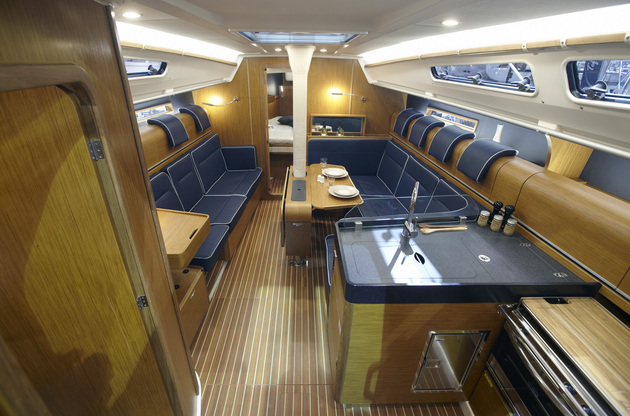 Interiors are available in two or three cabins. Round lines reign in the total absence of edges. Really interesting is the patented Dehler UNI Door, which is a door that divides the bathroom from the living room or, by rotating, separates the shower room from the toilet. Instead, the layout is very classic, with an L-shaped kitchen and two opposing sofas separated by the central dining table.
At the Dusseldorf show, the Dehler 42 is offered for a gross launch price of 202 180 €, including a set of sails (mainsail and genoa). The boat is on display at booth C18 in Hall 16. Lung. 12.84; width. 3.91; displacement. 9.1oo standard version; sup. vel. 93 square meters.
www.dehler.com