“Don’t call them freshwater sailors!” Here’s why the 2019 edition of the Bol d’Or will remain in history 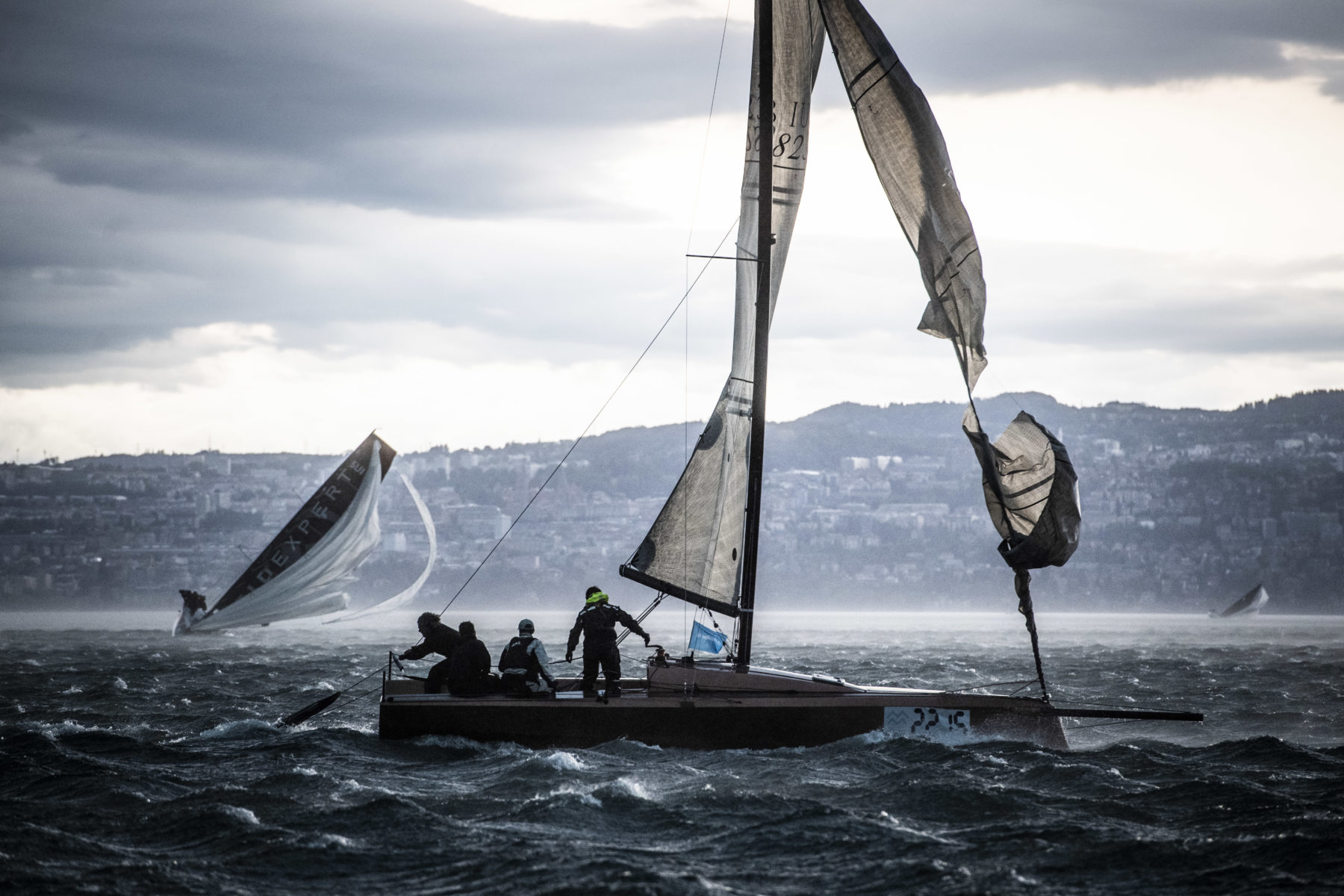 The storm’s memorable edition of the Bol d’Or Mirabaud, with dismastings, hundreds of retirements and sunken boats on Lake Geneva(VIDEO here), inevitably brought with it a trail of controversy. The weather forecast spoke for itself: at 5 p.m. it would come to a head, and it did. Then, many wondered, why still give the start? (photo by Loris Von Siebenthal)


The answer, which silenced everyone, is in the words posted by Geneva “lake” sailor Julien Chappuis on social media(original language here). A true sailor’s answer!

WHY IT’S OKAY TO RACE EVEN IF THE STORM IS PREDICTED
“Since Saturday, many aggressive comments, from haters, have been unleashed online almost as violently as the hail that hit the Bol d’Or 2019 fleet. “Unconscious! Nearsighted! Fools! The regatta had to be canceled!”

Yes, it is true, this exceptional weather event was predicted and announced.

But no, there was no need to cancel the regatta.

Since 1939, the Bol d’Or organizers decided that the regatta would take place every year without exception, regardless of conditions (weather, politics, safety…).

For example, in the 1940-41-42 editions, in order to show up on the starting line, women took the tiller to replace their husbands (residents of the French side of the lake, of course, ed.) called to war.

Based on this idea of never canceling the regatta, all entrants are informed and make an informed acceptance: section 5.1 of the regatta instructions speaks clearly: ‘The regatta takes place under any conditions, and it is up to each competitor to decide whether to take part and/or stay in the race’

The organization not only reminded participants of individual responsibility, but also announced several times on Saturday morning the arrival of winds over 50 knots and prepared with 20 assistance boats, alerting all the rescue companies on Lake Geneva, with 100 volunteers ready to deploy.

While the 2019 edition will remain more than others, whether in the memory of those who were there, or in the number of media articles or photographers’ memory cards, the most important thing is that the 3,000 (yes, three thousand) crew members of 14 nationalities handled their regatta consciously. You don’t count the number of participants who put their regatta in brackets to help their opponents in need! This is called “marine common sense” even on our lake. And for the record: no serious casualties; the most serious injuries were temporary hypothermia and a broken bone. Out of 3000 competitors.

Most property damage, even serious damage, is covered by insurance companies, and each owner pays an annual insurance premium to cover this risk.

We therefore maintain immense respect for the sailors, organization, volunteers and rescue, and wish long life to this magnificent regatta, which is the largest in the world in a closed basin. For more than 80 years. Whatever the weather.