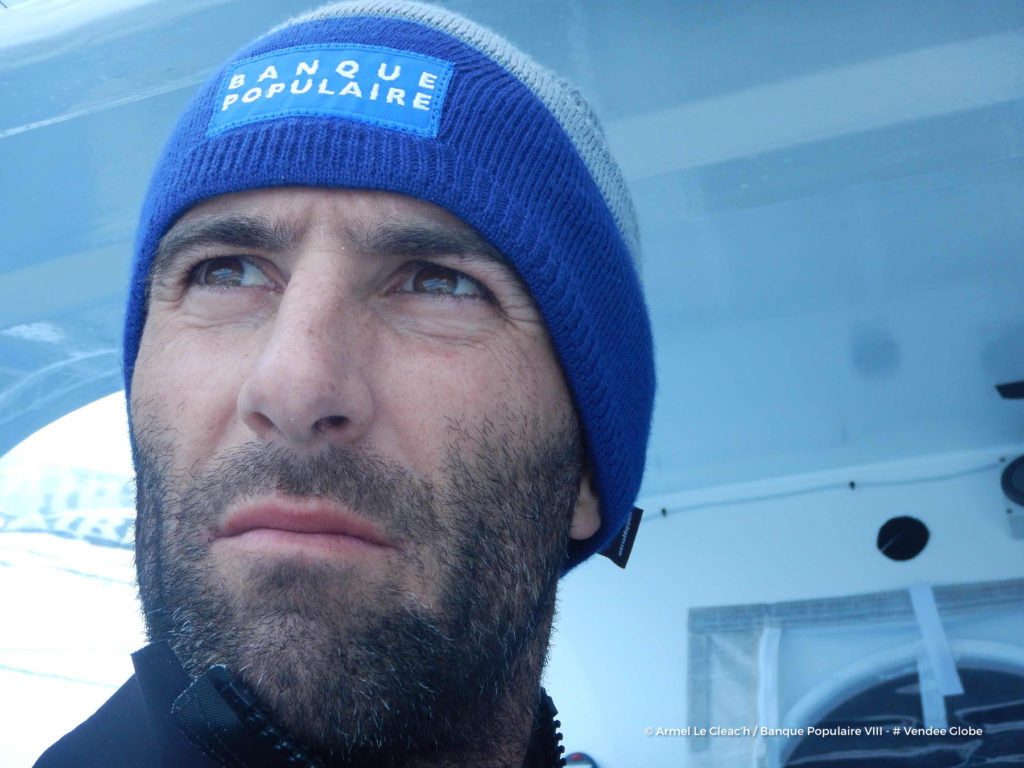 All wondering why Hugo Boss didn’t tack ahead of the English Channel sooner., instead of putting himself practically in Banque Populaire’s wake, effectively sanctioning victory for the Jackal Le Cleac’h, in this record-breaking and Thomson-centric Vendée Globe (how good of the Englishman to catalyze media attention on himself, he is the testimonial every brand would like to have). 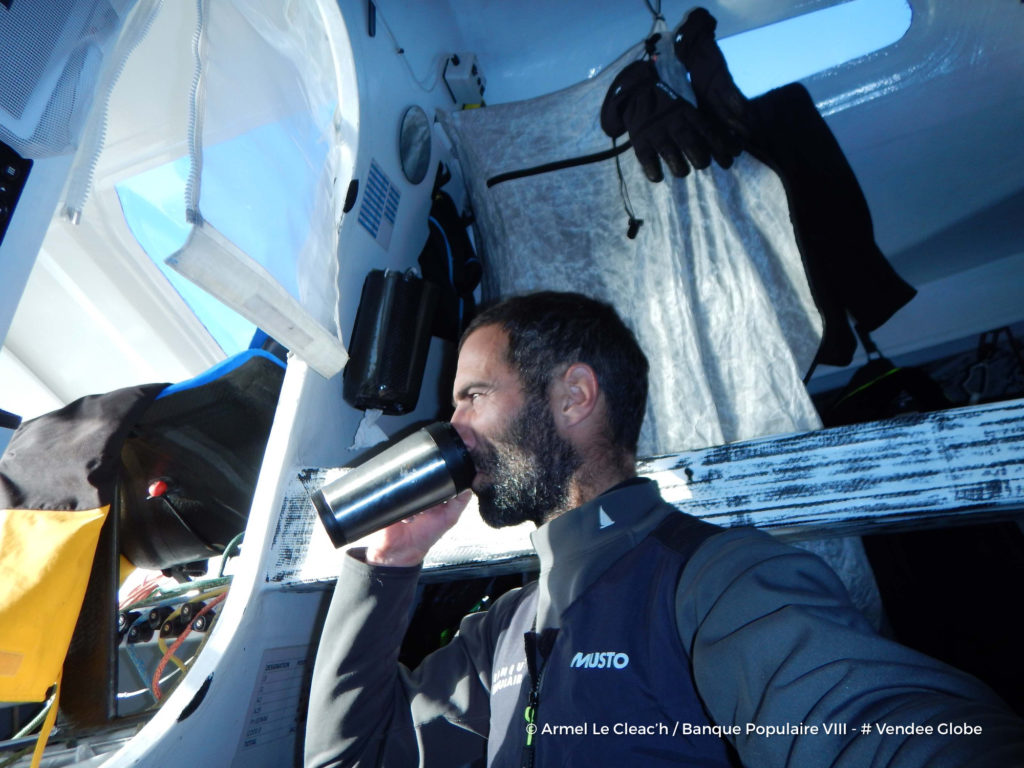 THE DAY OF THE JACKAL
But the point is another. Today is the day of the Jackal. The Jackal, the Jackal, as Armel Le Cleac’h is known: a conservative and cool style of racing. He is breathing down your neck and if you make a mistake, just like a jackal, he will take advantage of it and you will never catch him again. We said, a record-breaking Vendée. Le Cleac’h’s record: 74 days, 3 hours, 35 minutes and 46 seconds to complete a nonstop solo round-the-world voyage aboard IMOCA 60, starting in Les Sables d’Olonne, Vendée, then rounding the Cape of Good Hope, Leeuwin and Horn for a total of 21,600 theoretical miles (and 24,499.52 real miles at 13.77 knots average) before returning to Les Sables. Three days, 22 hours and 41 minutes less than Francois Gabart, who completed the Vendée in 78 days, 2 hours, 16 minutes and 40 seconds aboard Macif in 2013. All a matter of foils. 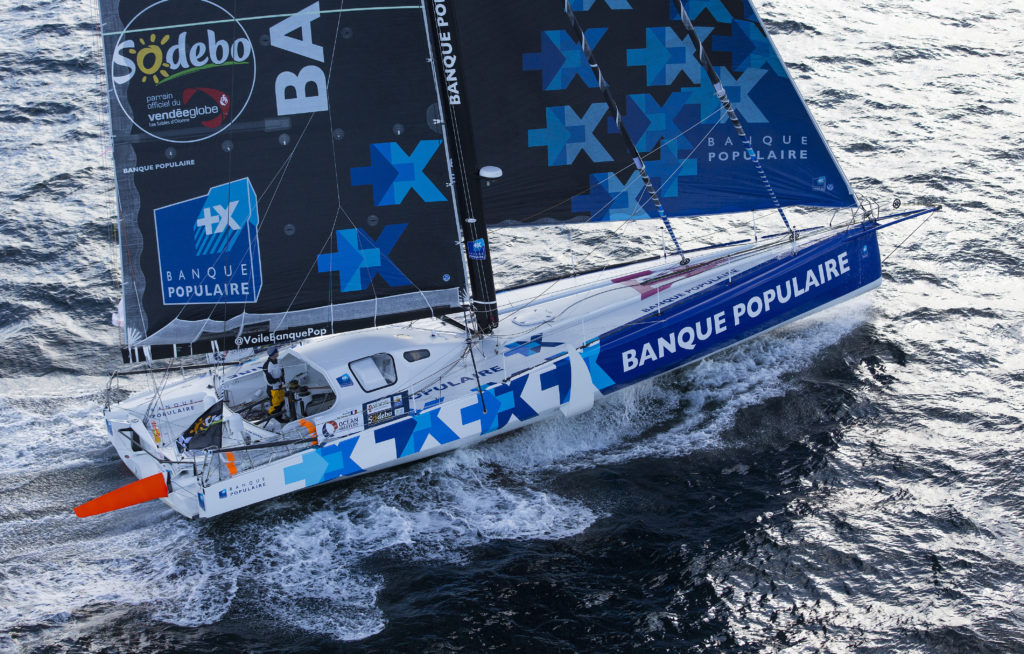 RECORD AND END OF THE CURSE
As soon as it is ratified by the World Sailing Speed Record Council, this time will be the new benchmark for solo round-the-world sailing aboard monohulls up to 60 feet. A record and a victory that freed Armel from the curse of second place and consigned him, at age 39, to history. In the 2008/09 edition of the round-the-world race he had to settle for silver behind “Professeur” Michel Desjoyeaux; in 2012/13 he came in behind the Blonde of the Oceans, Francois Gabart. 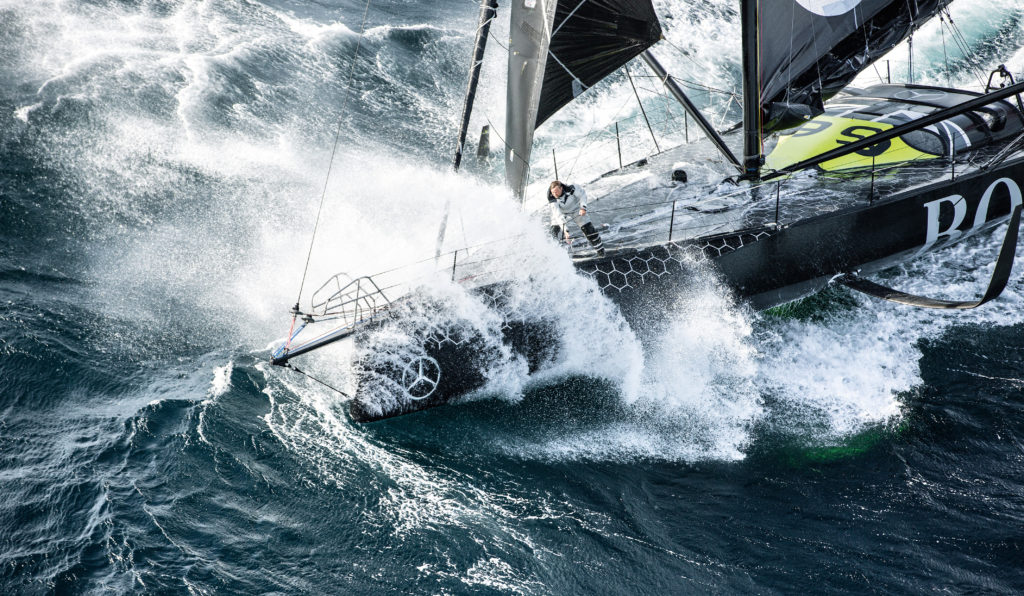 THE DESCENT INTO THE ATLANTIC
In the first phase of the race, in the Atlantic, Thomson seemed unstoppable. For everyone except him, who stayed on his tail, “Go Alex, go. Go ahead and make everyone who follows you fall in love,” he seemed to tell him, “I’m right here behind you. At the first mistake I’ll catch you.” The opportunity presented itself off Tristan da Cunha in the form of a dreaded OFNI (unidentified floating object, every ocean sailor’s nightmare), bumped by Thomson at 24 knots of speed: goodbye starboard foil. Slowly, inexorably, Banque Populaire caught up with Hugo Boss and overtook him.

CHALLENGE IN INDIAN
After Cape of Good Hope in Indian, the match-race continued, and off the Kerguelen Islands, ahead of which Le Cleac’h took a slight lead, it appeared that the Frenchman was sailing with a calmer configuration. Just ahead, Thomson had passed Le Cleac’h, sending everyone into raptures (“He’s Without a Foil! He’s great! Or: what if it’s not true that he broke, and it’s all tactics? What a genius!”), but the Jackal reacted immediately, taking the lead again, arriving at Cape Leeuwin with a hundred miles to spare.

WATCH THE VIDEO OFF THE KERGUELEN 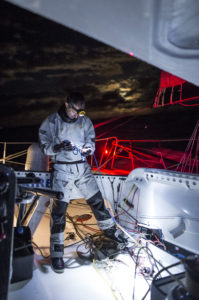 PEACEFUL WITHOUT HISTORY
The Pacific has been a friend to Banque Populaire, which scraped nearly 800 miles on Hugo Boss (787.1 miles lead at the Cape Horn double). With a significant lead, and with Thomson with a broken foil, it seemed that the Jackal could face the Atlantic ascent with complete peace of mind, “in control.”

THE RISE IN THE ATLANTIC
Instead. That something should have happened had already been seen between Cape Horn and the Malvinas, at the beginning of the final ascent into the Atlantic, when Le Cleac’h seemed to have pulled the handbrake, losing nearly 400 miles. Off Florianopolis Thomson had moved up to 28 miles, effectively reopening the game (and stirring up the usual media fuss), but by sailing north at Fortaleza the Jackal had firmly regained the controlling position with a lead of over 300 miles. 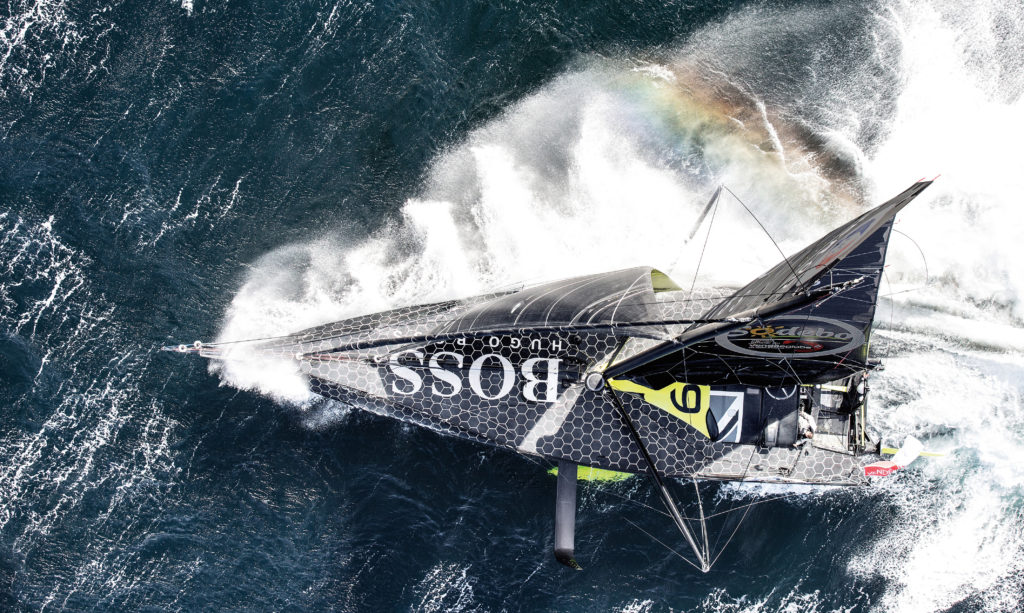 From Cape Verde to the Azores Thomson began his recovery, reducing the gap to less than 90 miles. The rest is recent history. From 90 to 33 miles (complete with a 24-hour mile record by Thomson, 536.81 miles!), all with bated breath, until the entrance to the Channel, when Le Cleac’h made the final turn toward Les Sables and Thomson got in his wake, effectively determining the end of the game “I have no more hope of catching Armel,” he declared on the penultimate day. 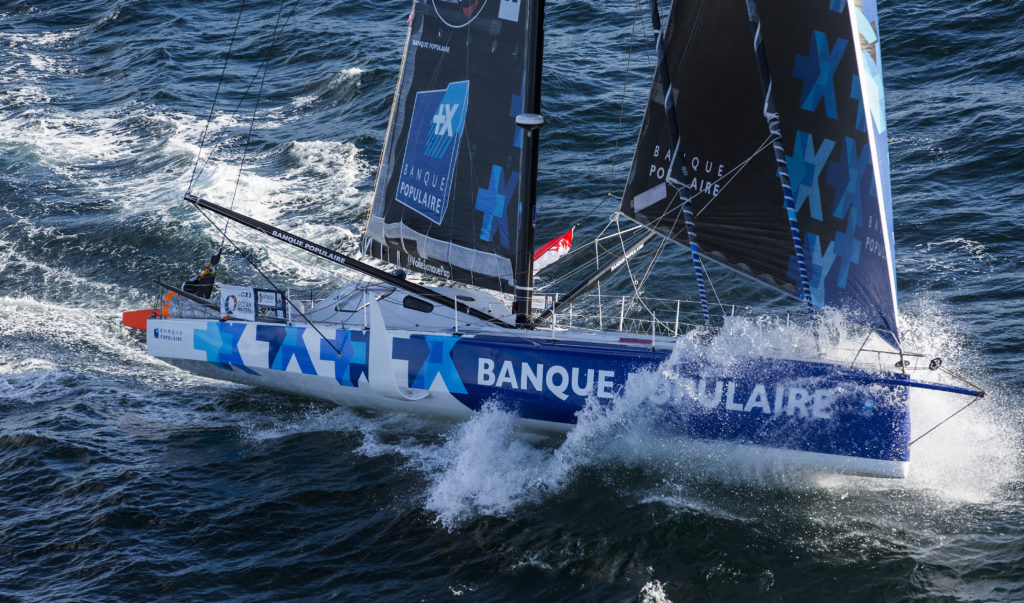 What a crazy regatta, what sailors. Only one question remains: who knows if Thomson had not broken the foil (the real revelation of this Vendée, with the first four hulls in the rankings all having appendages) how it would have turned out… 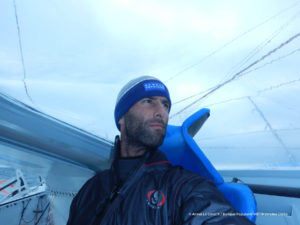 WHO IS THE NEW ROUND-THE-WORLD HERO

Armel Le Cleac’h was born in Saint-Pol-de-Léon (Finistère), May 11, 1977: he has a background as an optimist and 420ist before turning to the high seas. IMOCA World Champion in 2008 and French Champion of Course Au Large in 2003, he won the Solitaire du Figaro (offshore stage race) in 2003 and 2010, the AG2R in 2004 (Lorient-Saint Barth) and 2010 (Concarneau-Saint Barth), and The Transat Bakerly 2016 (ex-Ostar, Plymouth to Newport) among IMOCAs. He won the Vendée Globe in his third participation, after second places in 2008/09 and 2012/13, setting a new distance record. In addition, Le Cleac’h holds other records: that on the Marseille-Carthage route (18 hours, 58 minutes, and 13 seconds) and Cadiz-San Salvador (6 days, 23 hours, 42 minutes, and 18 seconds), both solo aboard the maxi trimaran Banque Populaire VII

Facebook Twitter Youtube Instagram
PrevPreviousDo you want to sail to the Caribbean, Polynesia, the South Seas? Nothing could be simpler, trading in your boat
NextRun Joyon, run (this is the only way you will remain in history)!Next
In evidenza