Coming from the Netherlands is the “family boat.” It’s called Saffier SE 37, premiering in Dusseldorf 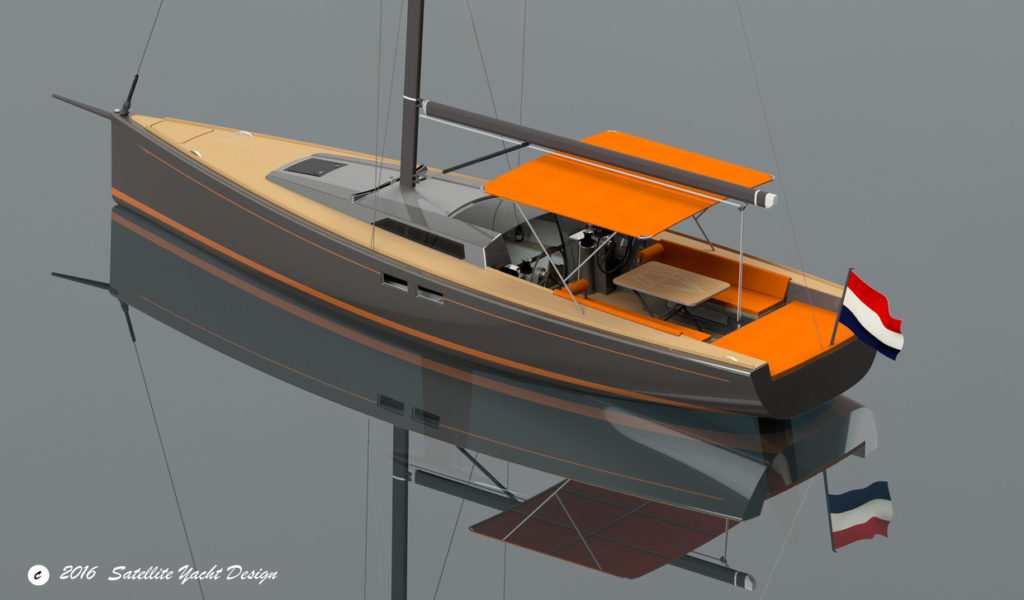 The “boatfamily” was born. It is called Saffier SE 37, comes from the Netherlands, will be launched by summer, and can be seen in a 3D video at the upcoming Dusseldorf boat show, January 21-29. It is being built by brothers Dennis and Dean Hennevanger, owners of Saffier Shipyard, which they inherited from their father Richard, who learned the art of shipbuilding in Australia where he was an emirate before returning home and founding this shipyard that has carved out a niche for itself that makes it unique. 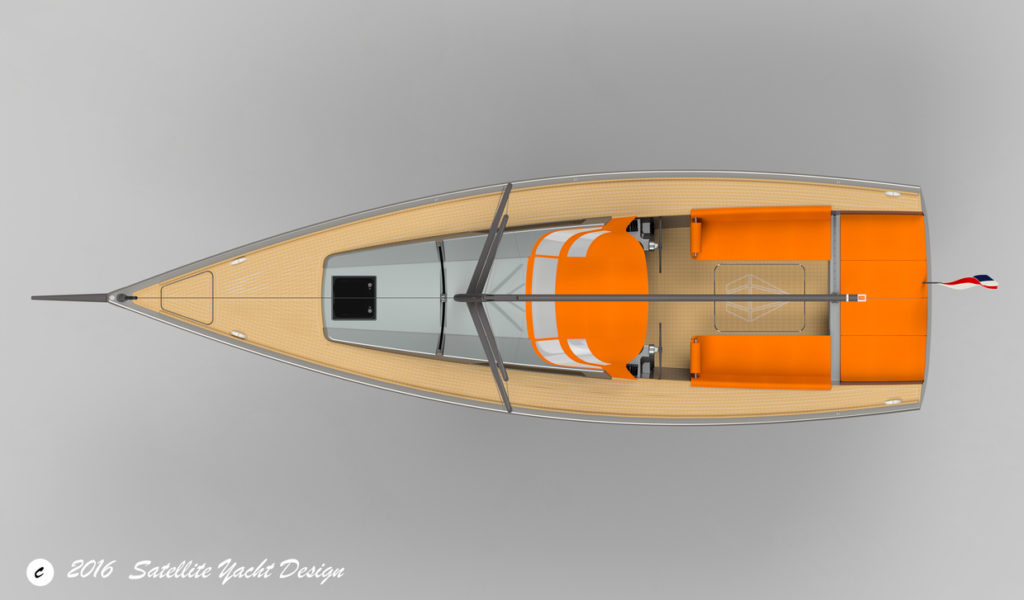 But the Saffier SE 37 marks a turning point for this shipyard, known until now for its elegant day sailer with classic lines and high performance. Instead, with this new 11-meter boat, the largest ever launched, it updates the lines, which are ultra-modern while maintaining a classic feel.
The interior is custom-built to accommodate four people, or rather a family consisting of parents and two children. In the bow is a nice cabin with a bathroom and then a large dinette with seating for 10 people on one side and a broadside kitchenette on the other. 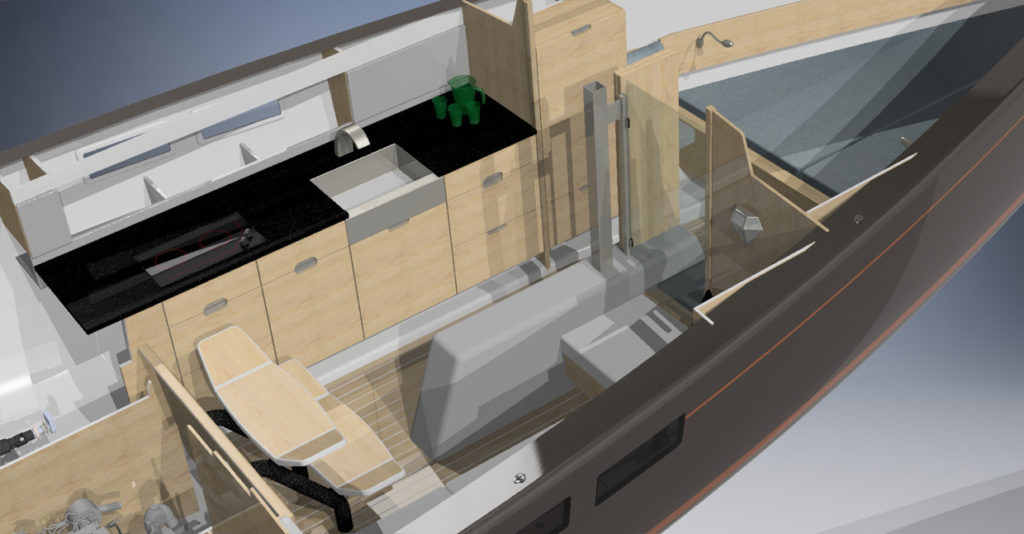 On deck, everything is about convenience and ease of use. Saffier has designed current maneuvers so that you never have to leave the cockpit. Everything, but everything, is deferred to the reach of the helmsman who is then able to maneuver the boat under sail by himself. The sheltered cockpit is huge, equipped with real side sofas, a wrap-around table, a profusion of bimini and shelters from sun and rain, and an aft area equipped to become the main sundeck. Nothing like the other Saffiers, which are clearly Nordic in character. 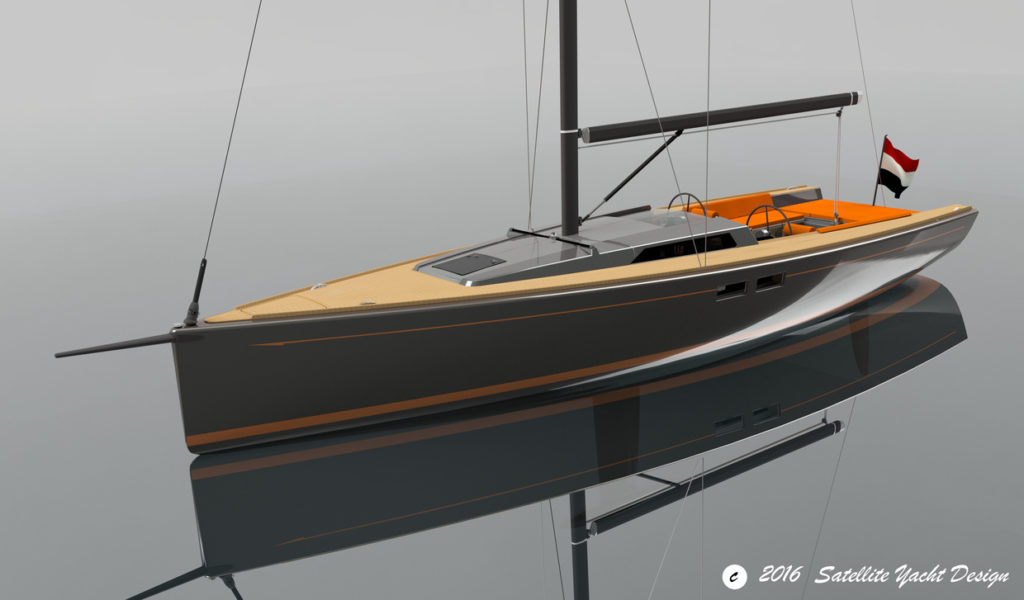 We said that maneuvering alone is super easy, but that does not mean that performance is penalized. The SE 37 is a sport cruiser in its own right. Bulb with a 1.70 or 2.10 draft torpedo and the readiness to adopt a canting keel, low weight of only 4,800 kg, and a powerful 75 sq. m. sail plan upwind. Due to the structural bowsprit for wide gaits, a powerful Code 0 is provided, while the genoa is provided either self-tacking or with 108% overlap.
The construction is made of strong fiberglass sandwich with reinforcements in the keel area as thick as 22 mm. That is why this new 11-meter ,which will be launched by summer, can be called the “family boat,” but for a family that really loves sailing. 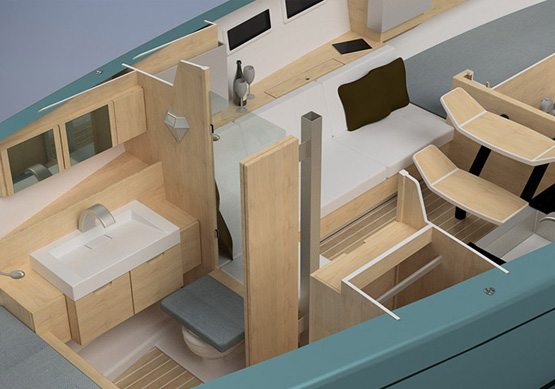 PrevPreviousGrand Soleil 39, we explain why it’s a superboat (and where to find it used)
NextTwo dream boats–that you will never be able to affordNext
In evidenza