CIAK… (THERE) IS A TURN! The most spectacular scuffles of the giants of the sea. 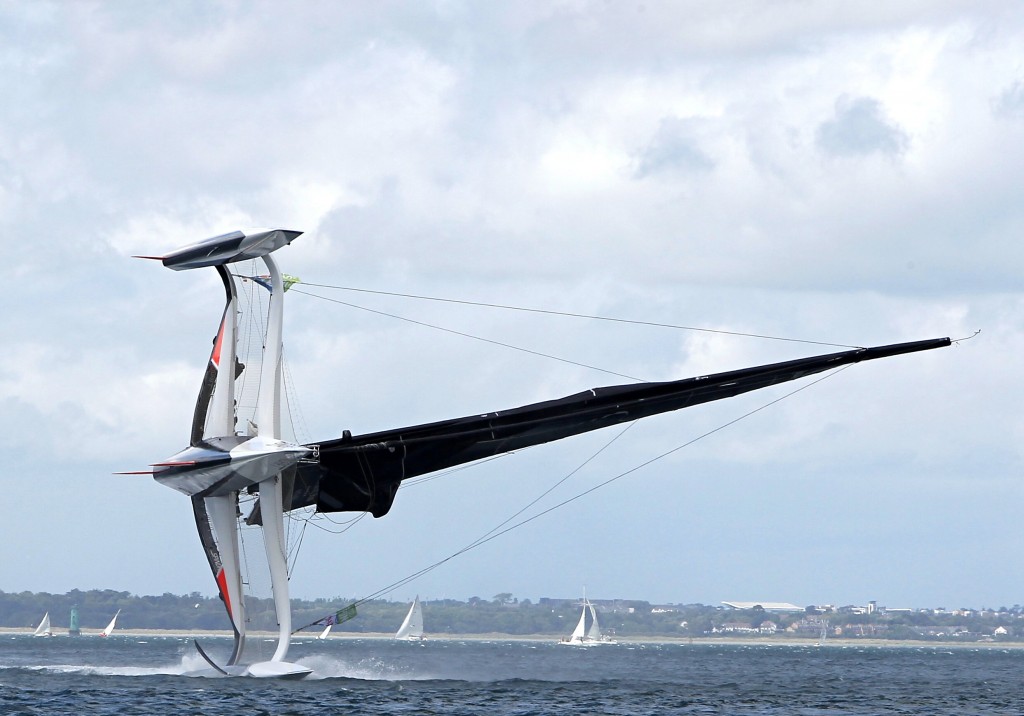 We were looking at the Atlantic scull by Lionel Lemonchois and Roland Jourdain at the Transat Jacques Vabre (Later recovered by helicopter, find the video here) and this one reminded us not only that a similar incident, with the same boat, had already happened in 2014, but it brought back memories the many spectacular scuffles “offered” by multihulls. Poking around the web we have noticed various capsizes of MOD70s and maxi trimarans, but even the recent history of the America’s Cup is littered with scuffles and gavings! Enjoy your viewing!

THE VIDEO OF THE RESCUE IN THE MIDDLE OF THE ATLANTIC

In 2013, Jean-Pierre Dick and Roland Jourdain made this spectacular scuffle with the MOD70 Virbac Paprec during a training session at the Route du Rhum.

Yann Guichard found himself the boat by hat during the Dublin inshore race of the Route des Princes in 2013.

The MOD70 Race for Water, with Swiss entrepreneur Marco Simeoni on board, capsized last September in the Indian Ocean as it was concluding a voyage begun in March to catalog “plastic islands” in the world’s seas.

In 2009, Pascal Bidegorry, on Banque Populaire IV, was in spite of himself the protagonist of this unbelievable ballasting, which ended in capsizing, during the Alpe Maritimes Trophy in Nice.

A compilation of headphones from the 2013 America’s Cup World Series, between AC45 and AC72.

A compilation of scuffles, broken masts and collisions at the Extreme Sailing Series in Qingdao in 2011.

This is video of the rescue and righting of Prince de Bretagne off the coast of Brazil in 2014, with Lionel Lemonchois aboard who was trying to break Francis Joyon’s record of solo circumnavigation of the globe.

VIDEO The Cannes Boat Show changes skin: all the sailing at Port Canto!

This year’s Cannes Boat Show (Sept. 10-15) is changing course! The revolution passes through Port Pierre Canto, identified as the event’s new location: you will be able to visit up to 110 sailboats, monohull and multihull, in one space (the

Andrea Fanfani’s face may be a bit hollowed out and sunburned, but in his eyes is all the satisfaction of someone who has made the right choice. ANDREA’S ADVENTURE Andrea, who is 50 years old and from Milan, had left