BREAKING NEWS Mascalzone Latino first at Rolex Middle Sea. But you have to wait for the little ones 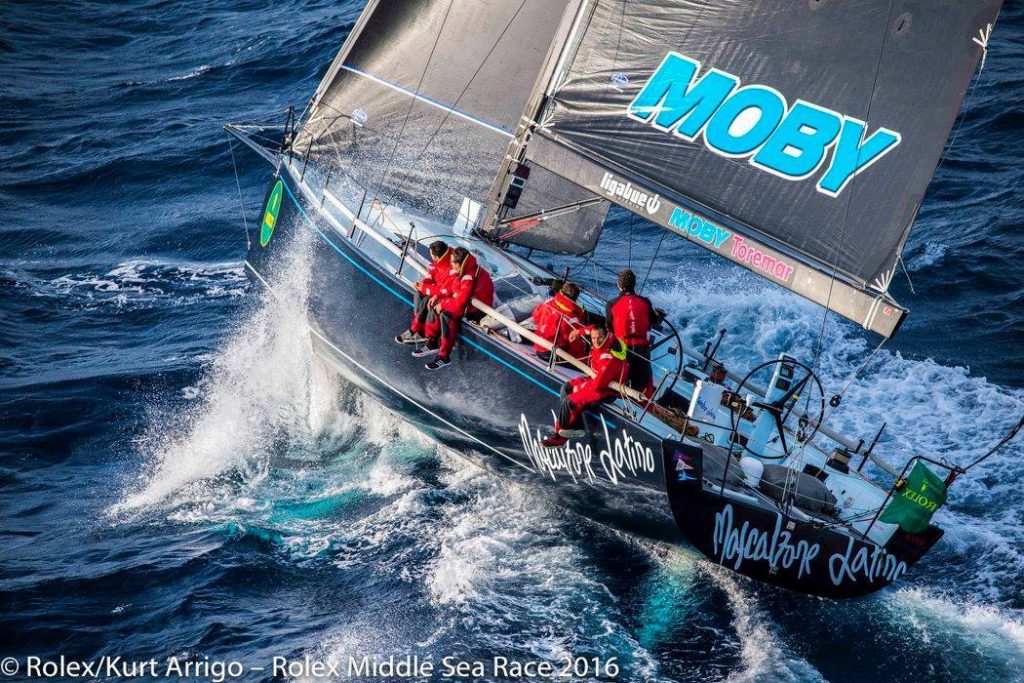 We said they were going strong, in this 37th Rolex Middle Sea Race the boys of Mascalzone Latino, Vincenzo Onorato’sCookson 50(find out here what an incredible boat it is!). The Neapolitan shipowner (and president of Moby Lines) finished the race after 3 days, 3 hours, 8 minutes and 3 seconds. A very good time considering even the light wind conditions, but especially the fact that it left a vacuum behind. Nothing to do for the other Cookson 50 in the race, Guido Paolo Gamucci’s Cippa Lippa 8, which at the time of writing (5 p.m. Oct. 25), is passing between Malta and the islet of Comino and is expected to arrive shortly. 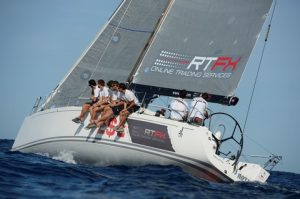 IN EAGER ANTICIPATION
The “rascals” have given much longer boats a run for their money, even in real time (this is the case, for example, with the Botin 65 Caro), and they now undisputedly lead the overall ranking. They will surely win in IRC and ORC 2 classes, but to sing victory overall will have to wait until tomorrow, when, ETA in hand, come Lee Satariano’s J/122 Artie, already a multiple winner at the Middle, and Frenchman Racine Noel’s JPK 10.10 Foggy Dew. At the passage of Pantelleria (at the moment neither of these two boats has passed Lampedusa) Mascalzone Latino, calculated the fees led by a very small margin over the two boats. Everything will depend on the intensity of the wind; it will be a jackpot.

WHAT NAMES ON BOARD!
Aboard Vincenzo Onorato‘s Cookson 50, along with Marco and Matteo Savelli, the afterguard includes an unprecedented grouping of old and new team acquaintances, such as Adrian Stead, Lorenzo Bressani, Branko Brcin and Ian Moore as navigator. Completing the crew are Leonardo Chiarugi, Andrea Ballico, Pierluigi De Felice, Daniele Fiaschi, Stefano Ciampalini and Davide Scarpa. All are sailors of the highest caliber who, as tacticians or navigators, have already been part of Mascalzone Latino at very important moments in its history. 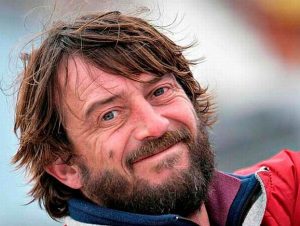 WINNERS AND LOSERS
Line honors for monohulls went to George David’s Rambler 88 (2 days, 14 hours, 3 minutes, 26 seconds) while the duel between the two 70-foot supertrimarans Maserati by Giovanni Soldini and Lloyd Thornburg’s Phaedo3 ended in favor of the Italian navigator, accomplice An incredible (and according to some unjustifiable) misdirection by Phaedo3 (who filmed the island of Linosa instead of the island of Lampedusa). Maserati took 2 days 1 hour 25 minutes and 1 second, breaking the multihull distance record, which, ironically, belonged to Phaedo3 itself (2 days, 11 hours,, 29 minutes and 41 seconds). 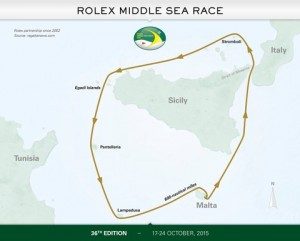 THE NUMBERS AND THE PATH OF THE MIDDLE SEA
There are 107 participants, from 25 nations, in the 37th edition of the Rolex Middle Sea Race, which we like to call the “Fastnet” or Sydney Hobart de noantri,” because it is the only real big event over 500 miles in the Mediterranean and often the conditions are truly “oceanic.” It is 608 miles: starting today, at 11 a.m., in Valletta, Malta, and the route to be followed, counterclockwise, goes from Sicily to the Aeolian Islands-including Strombolicchio-, continues around the Egadi Islands, except for the island of Marettimo, Pantelleria and Lampedusa, then crosses the Channel south of the island of Comino and ends in the port of Marsamxett in Malta.