Between flying boats and ocean racing, the Dinghy never dies! 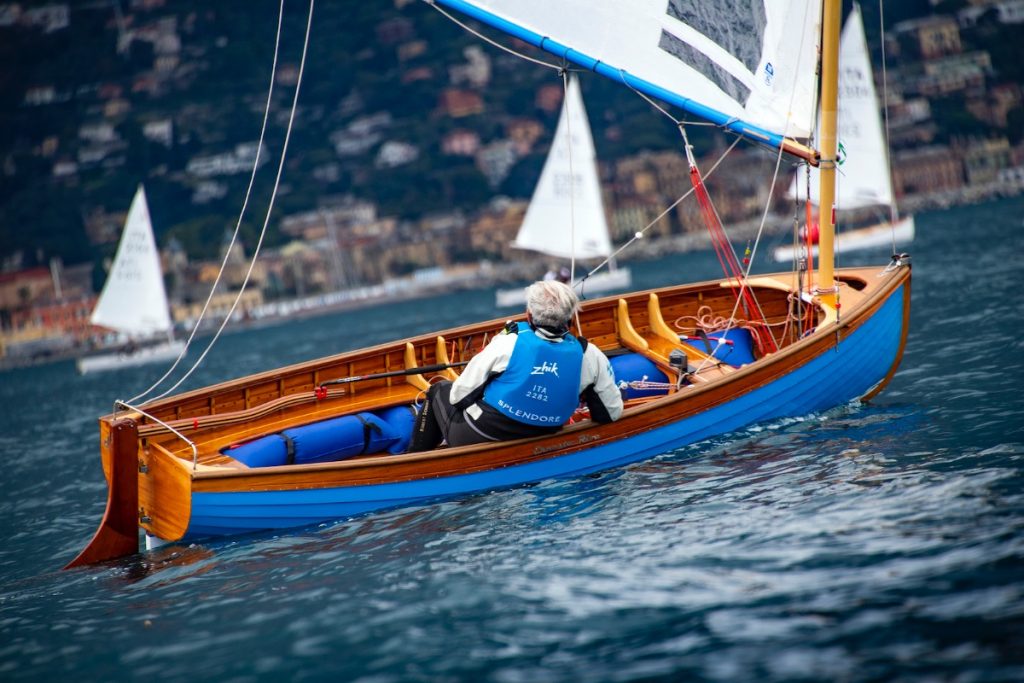 Foil boats are whizzing by, ocean behemoths are flying, there is more and more talk of future sailing, but dear, old, Dinghy will never die. At 106 years old, it continues to gather many enthusiasts: as many as 87 showed up at the SIAD Bombola d’Oro Trophy organized by the Italian Yacht Club, now in its 23rd edition in the Gulf of Tigullio. It may be because it is considered an icon of seafaring sports culture, because of its ease of transport, or because, while slow, it is an extremely technical drift where adjustments, weights, and a few degrees can make all the difference. 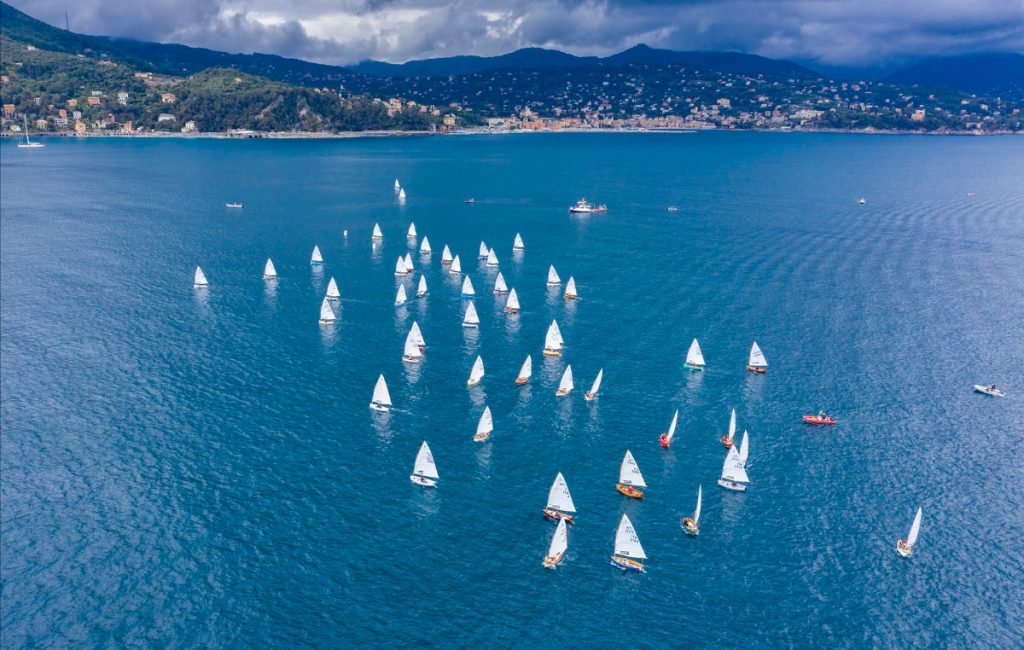 THE HISTORY OF THE DINGHY
The Dinghy is a boat three and a half meters long and a little more than a meter wide that originated in 1913 from the design of Englishman George Cockshott. Cockshott was a lawyer with a passion for design, a passion that led him to enter and win the competition held by the Boat Racing Association, which aimed to create a small dinghy that could spread the practice of sailing as a sport because it was more affordable than the large racing boats popular at the time. 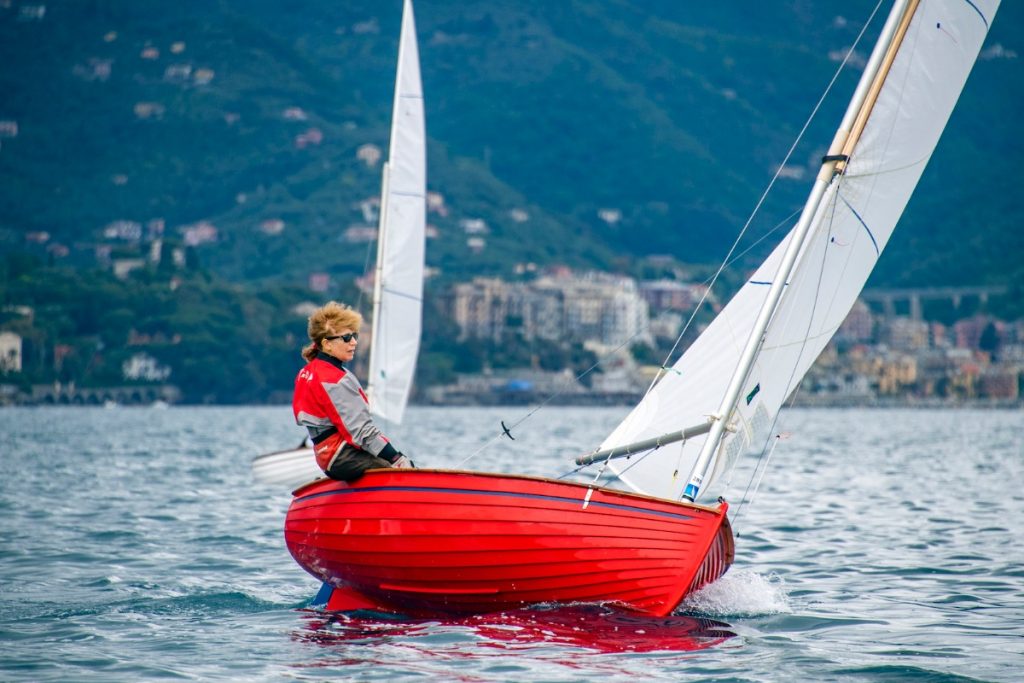 Since then, the history of the Dinghy has been one of success and passion, inaugurated by participation in the Olympics as early as 1920 in Belgium and then in 1928 in Holland, following which the first Dinghy 12′ yard was created in Italy.

This dinghy, which has evolved over the years from classic wooden construction to more elaborate materials as well, allows a sailing practice with zero environmental impact, which, combined with affordability and ease of maintenance, can respond to the search for purity and direct contact with the sea, thus becoming a symbol of a clean and essential lifestyle. 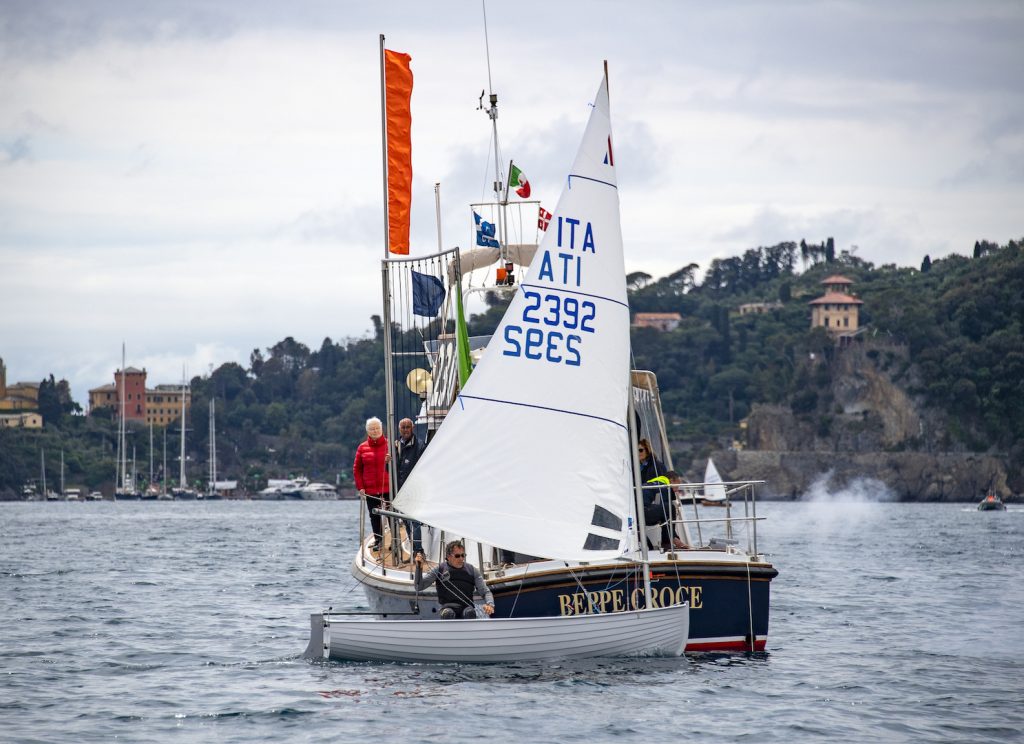 THE WINNERS.
Here is how the regatta went: 4 races in total over the weekend – 3 races on Sunday. Massimo Schiavon aboard Come Minimo who, thanks to a remarkable series of partials (1,1,7,5) won the SIAD-Bombola d’Oro Trophy. Away by only one point was Federico Pilo Pais with his dinghy Blue Amnesia (2,4,4,2), who did well in reading the gulf’s swells. Third place for Francesco Rebaudi-already last year’s winner-who served a difficult start with his Kinnor .

The Giovanni Falck Challenge Trophy, for the team with the best overall ranking, was won by the Adriatic team consisting of Massimo Schiavon, Francesco Vidal and Flavio Semenzato. Also Flavio Semenzato won the special drawing prize: a check to be donated to the Tender To Nave Italia Onlus Foundation. For 2019 it is Francesca Lodigiani who wins the women’s title aboard her red dinghy, Cavallo Indomito.

Attilio Carmagnani wins the Master 65 Challenge Trophy in YCI colors and authored a magnificent fourth race – fourth overall. Great results also for Gaetano Allodi, who was very fast with his Bonaldhino and received the Super Master Over 75 award. In The Legend Over 80 category, it is Franco Damonte – Class of 1937 – who takes the prize, while the Allievi Cup, for the first year up for grabs at the Bombolino, went to the best helmsman under 30, Luca Cazzaniga aboard Piano B.

From fiberglass to wood: the SIAD-Bombola d’Argento Trophy, reserved for classic boats, went to Alberto Patrone with Damina followed by Fabio Mangione with Nashira and Stefano Puzzarini with Maxima.