The term downshifting, Italian for “voluntary simplicity,” refers to a professional’s choice to put into practice a conscious reduction in working hours (and, consequently, earnings) in order to enjoy more free time. In its most extreme sense, it takes on the meaning of “I drop everything and leave.” That’s what Stefano and Antonella Sola, a 52- and 53-year-old couple from Bologna, did: they sold their house and car, bought themselves a Bavaria Vision 42, an ideal boat for those who like comfortable cruising, and set sail from Marina di Ravenna last July with no specific destination. 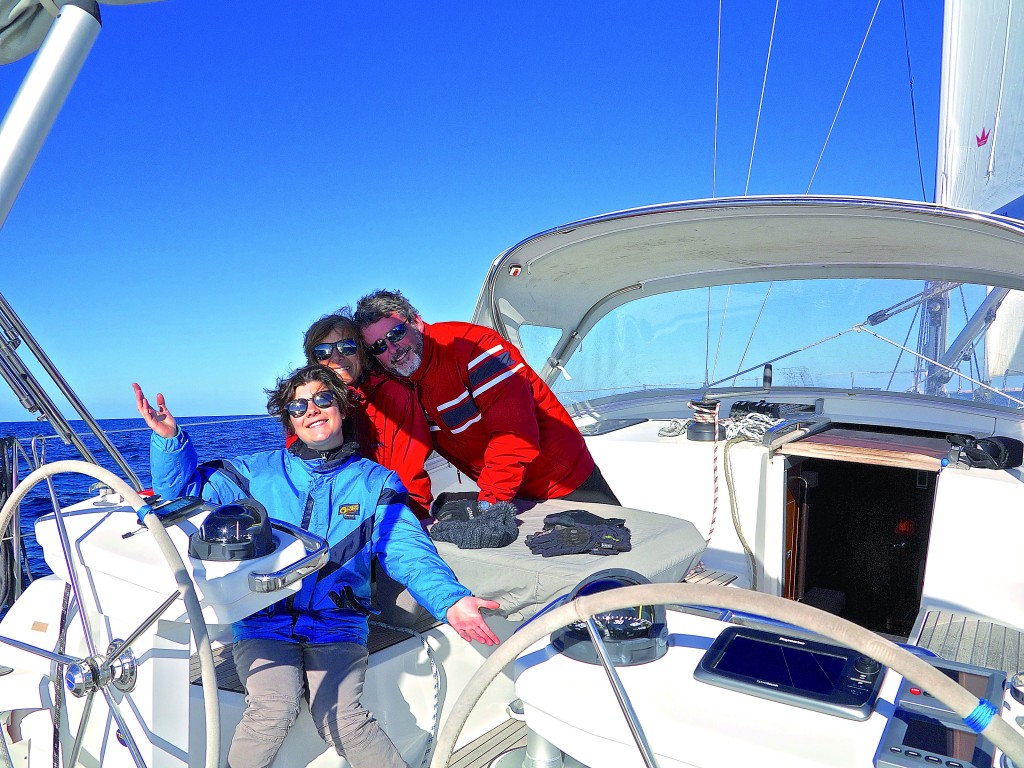 YOU GET BY ON A THOUSAND EUROS A MONTH (FOR NOW)
A “self-licensed” representative, he, an elementary school teacher on leave, she, the couple has two daughters: Daniela, 18, is still in high school, while Silvia, 23, describes herself as a “traveler,” lives in the Netherlands, and has a book publication to her credit. The question arises: how long can they sail before they run out of funds? “Actually, this is a problem we haven’t faced yet: we sold the car, the house, a single-family house in Calderino (Bologna) and our old boat (a Bavaria 38), making an amount of money that allowed us to buy a reliable cruiser and set aside some money. Keep in mind that by choosing the boat as your home, you zero out your fixed expenses, automobile, heating, electricity.” In fact, the cost of living drops dramatically-you just have to calculate the cost of mooring, which is equivalent to rent. “Let’s be clear, we are not living like vagrants: we have calculated that we can get by for a while on a budget of about 1,000 euros a month.” Then what? “We will find jobs.” One idea, for example, might be to have one’s boat returned (taking advantage of the occasional charter legislation).

A SLOW AND CAUTIOUS SAILING
The two, from July to September, traveled 880 miles, sailing the coasts of Italy and Croatia. Slow, cautious sailing. It is no coincidence that their boat is called Cautha (after the Etruscan goddess propitiating departures). After arriving in Sicily, Stefano and Antonella stopped in Trapani (to allow Daniela, who is a fifth grader, to resume the school year), staying to live on the boat while waiting to cast off again to destinations to be determined (Spain, Turkey, Tunisia?). Neither Antonella nor Stephen ever questioned their extreme downshifting: “The quality of our life has improved: we have moved away from earthly ‘temptations,’ we have found greater serenity in our relationship, we are more relaxed and well disposed to make new friends around the Mediterranean. It’s not like it’s hard to drop everything. You just have to want to!”
Taken from the April 2015 GdV