Behind the scenes: winners and losers at the 151 Miglia 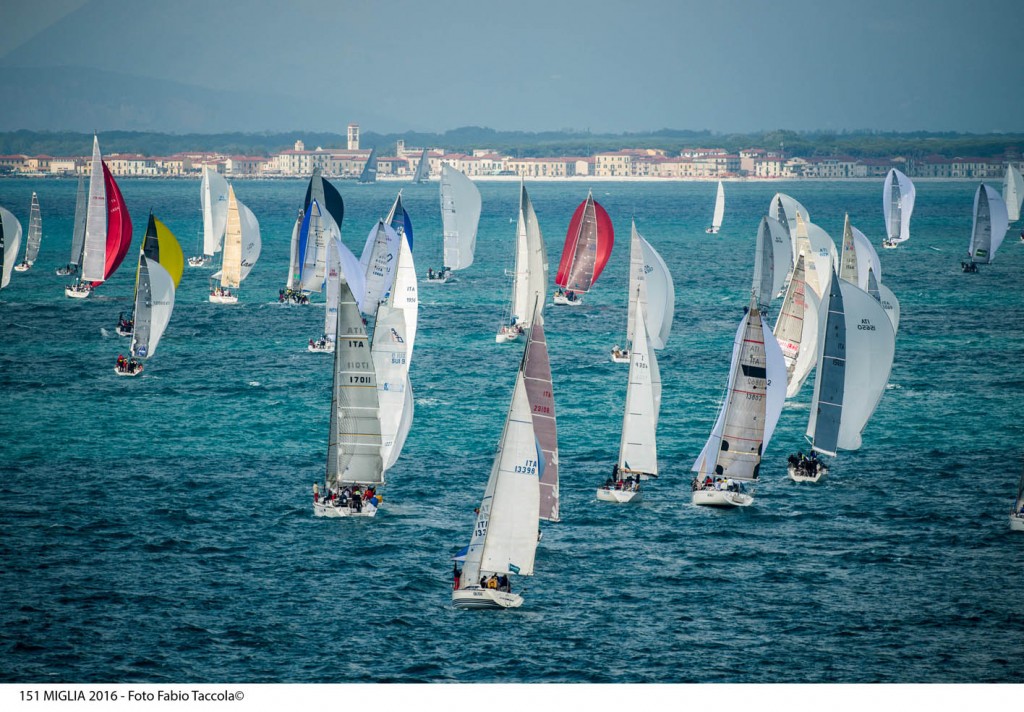 By now, the great Tyrrhenian classic, although only seven years old, is her: the 151 Miglia, starting in Livorno, passing through Marina di Pisa and at Gorgona, lapping the islet of Giraglia, then down to the Ants of Grosseto, after skimming Elba, before arriving at the Marina of Punta Ala. This edition, with 208 boats registered and 175 at the start, was the busiest ever. 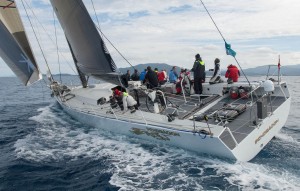 In royalty, Nicola Paoleschi’s Davidson 70 Pendragon won the line honors for the fifth time with a time of 17 hours, 55 minutes and 36 seconds. In ORC, for the second year in a row, victory went to Guido Paolo Gamucci’s Cookson 50 Cippa Lippa 8. (ahead of Sandro Paniccia’s Altair 3 and Laurent Charmy’s SL Energies GRP Fastwabe), while in IRC success did not escape Pigi Loro Piana’s Maxi My Song (crewed by former Olympian Pietro Sibello and several former America’s Cup sailors including Lorenzo Mazza), second in real just under two minutes behind Pendragon, IRC silver. On the lowest step of the podium is Roberto Lacorte’s Vismara Mills 62 SuperNikka. 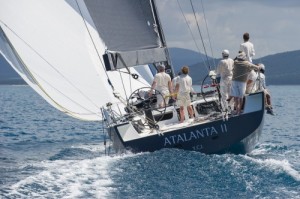 THOSE DARN LAST 24 MILES…
Yet, in IRC, up to 24 miles from the end (see the screenshot of the plot on the side to believe), the situation was completely different, with Carlo Puri Negri’s Atalanta II (fourth final) in the lead, fresh from a total refit by Felci Yachts. “Departing in front of the Marina di Pisa after a stick and a disengagement we headed upwind to the Giraglia,” Puri Negri explains, “where in plywood turned first SuperNikka who passed us just before the Giraglia. By the next passage at Formiche di Grosseto we were first in both class and overall and SuperNikka behind us, we had passed her again upwind after a long battle: at that point there were 24 miles to go. 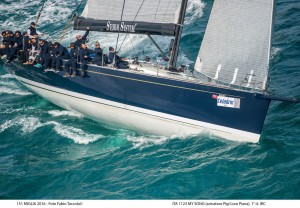 The two boats ahead in real (Pendragon and My Song), but behind by quite a bit in plywood, had a 12/14 knot wind at 80 degrees from the easterly and went straight to Punta Ala, where the finish was, we and SuperNikka found ourselves first becalmed and then in a 140-degree wind that forced us to do numerous gybes to get down to Punta Ala. Without this change in intensity and wind angle, the victory was ours“. Sportingly, he adds, “Only note, if we had sailed better in the last 24 miles with the wind shift, we could have beaten SuperNikka who sailed better than us and was 5 minutes ahead of us. In summary, without the wind shift in the last few miles, the results would have been reversed: third and fourth would have been first and second, respectively, while first and second would have placed third and fourth“. 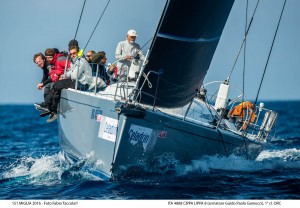 In ORC, however, who would win was clear from the first edges: Gamucci’s Cookson 50 Cippa Lippa 8 (Farr’s 2005 design) was truly uncatchable. “Our performance,” says Gamucci, who also won the Three Gulfs, “should be sought in the painstaking work of optimizing the boat, especially on the keel/canard/mast tension parameters. In addition, the lengthening of the bowsprit this year has allowed us to be faster at the carriers: we pay more in plywood but it was worth it“. But it is not only thanks to the boat: “We were able to create a very comfortable hole for ourselves in the very crowded ORC start-we knew we were the fastest so we sailed away with no problem. Having turned the disengagement buoy, we descended toward Marina di Pisa under gennaker. From there, a long and challenging upwind to the Giraglia began, characterized by a very annoying wave, often in the dry bow“.

The choice was to “Prefer speed to angle to avoid stopping the boat too much. A mile from the Giraglia the wind has dropped completely. I don’t know how, perhaps taking advantage of the current and puffs of air, we managed to turn the rock. Toward Elba we went down with gennaker, Code Zero and genoa: in the process, we finally managed to cook ourselves a nice pasta!“. 151 Miglia veterans know that Elba is the critical point, where you can win or lose the race: “We kept wide, toward Capraia. We stayed a long way from Punta Calamita, then returned further inshore because we were expecting high pressure. Initially it gave us poor, then the wind slowly turned and we were able to get to the Ants on board, starboard tack. From there it went smoothly: we always sailed alone (and this is not an advantage, because you lack direct references), losing visual contact with Durlindana III and Altair, our opponents, already after the Giraglia“.