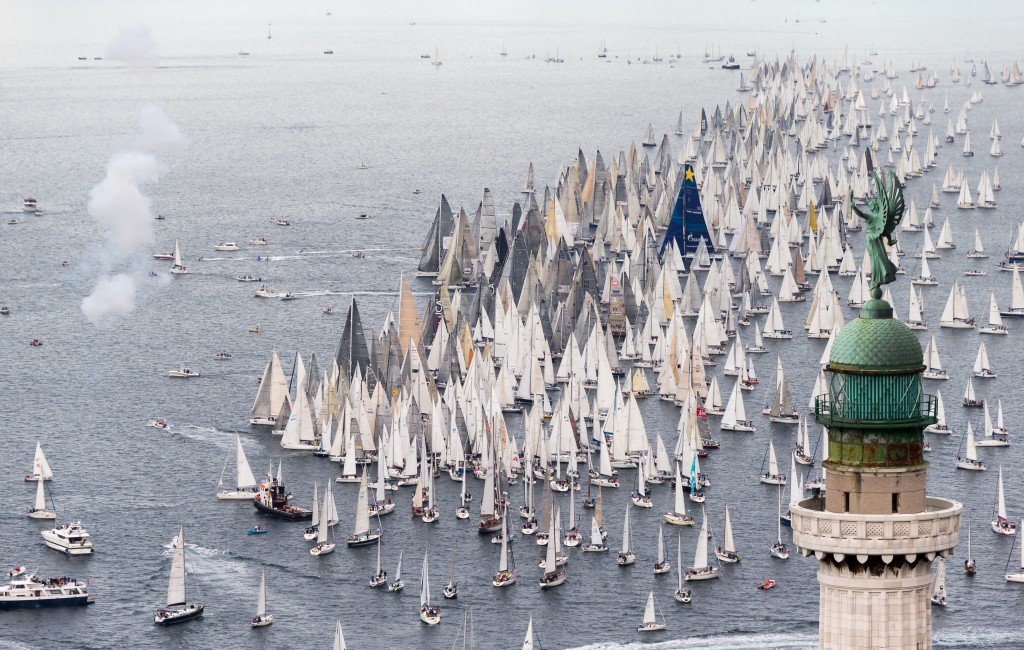 When the first edition of the Autumn Cup, what we all call the Barcolana today, kicked off in Trieste in 1969, no one thought it would become the most crowded sailing regatta in the world. Yes, the idea was good and it was a great innovation for the time. It was a matter of racing boats without the constraint of complicated and expensive tonnage regulations, but of grouping boats of all sizes and shapes with a simple division by length. Simple idea, but brilliant. In just a few years, the Barcolana, which takes place this year in Trieste on Sunday, October 12, has exploded thanks to its unique, unrepeatable formula. This year, 2,000 boats and 30,000 sailors are expected on the water in addition to tens of thousands of onlookers flocking to the shores of one of the world’s most beautiful gulfs. Today the Barcolana is above all the great celebration of Italian sailing that manages to bring together super-technological boats with normal hulls, the most famous sailors from all over the world with simple enthusiasts without any competitive ambitions. To participate at least once is still every sailor’s dream.

THE BIG NEWS OF 2014
This year’s 46th edition offers many new features, a line of renewal in tradition desired by the new president of the Barcola and Grignano Sailing Society, 39-year-old (same age as Prime Minister Renzi) Mitja Gialuz. Despite his profession as a professor of Criminal Procedure at the University of Trieste and a member of the board of directors of the CRTrieste Foundation, Mitja Gialuz has a more than respectable sailing background. He tells us himself. “I started on the Optimist at the SVBG club school of which I have now become president. My resume includes a junior world title in the Olympic 470 class together with Alessandro Bonifacio, who is now the club’s new sports director. And then a memorable experience in three editions of Cino Ricci’s Giro D’Italia sailing race, from ’93 to ’95, complete with victory. An extraordinary training ground for sailors, in contact with young people who are now at the top of world sailing such as Vasco Vascotto and Lorenzo Bressani, just to name two.”

But who made him become president, didn’t he already have enough to do with the professional assignments he has?
“Mine is a debt of gratitude to my club with which I started sailing when I was eight years old. Now the time has come to give back to Svbg what I have received, in terms of sports and values.”

Does it also refer to the values that the sport of sailing expresses?
“Yes. Sailing is a unique formative sport for young people. A sport that, through fun, helps learn fundamental values in life such as overcoming fear, the art of being patient, assessing risks.”

Values that the Barcolana also expresses. What is the Barcolana for you today, as president and organizer and no longer as a mere participant?
“I sum it up in two words: wood and carbon. The secret of its success is the fusion of the small boats with the big ones, the old with the new, the classic with the hyper-tech. Of the competitive racer with the enthusiast.”

Does the Barcolana need major changes?
“No, The recipe for today’s Barcolana is not to return to the past but to look to the future, respecting its format as a great celebration of sailing and of the city of Trieste.” 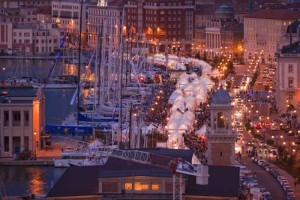 But there are many new features presented in this 46th edition.
“Yes, but they are a logical evolution of the history of the Barcolana, which does not stand still and evolves as the times change.”

Starting with the new route…
Yes, let’s start with the show at sea. This year, you can almost touch the Barcolana from the shores of Trieste. The first side of the regatta, the side facing the high seas, is now shorter. The finish becomes the spectacle within the spectacle, we moved it practically in front of the Piazza Unità d’Italia, the largest sea-facing square in Europe.” 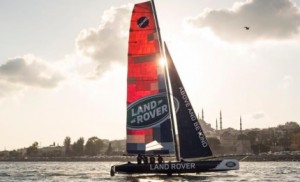 But by sea the show is also made by the side events. Again, any news?
“We start with the international novelty, the Extreme 40. The fast 40-foot catamarans will perform along the banks Oct. 9-11 in the Land Rover Extreme@barcolana. Not forgetting the Barcolana Classic for vintage and classic hulls on Oct. 11; the Barcolana Young reserved for young sailors on Optimists (on Oct. 4/5); the Barcolana Challenge, a challenge on Este 24 of last year’s winners on Oct. 10; the Barcolana by Night where when the sun goes down, illuminated by powerful photoelectric lights, the UFO 28s battle in front of Piazza Unità d’Italia, on Oct. 11; and the Barcolana TriESTE with the Este 24 one-designs, on Oct. 11 and 12. And because sailing is not only practiced on a boat, from 6 to 11 a.m. from Oct. 5 to 8 at the Molo Audace you can watch the evolutions and jumps of 50 kitesurfers and 50 windsurfers.”

You have announced it, this year you aim to make a record number of entries in the Barcolana, is there anything new for the boat owners?
“Yes, we pamper owners who bring their boat to Trieste more and more. Starting with a Uno Capsule System coffee machine from Illy and Kimbo, a Slam bag with a commemorative Barcolana polo shirt, a 50 percent discount on Navionics cartography, and many other gadgets.”

And on land?
“The Barcolana village becomes a city “long” five days and two kilometers by the sea. A city in which you will find culture, quality music, meetings and events linked together by the common denominator of passion for sailing and the sea.”

Leaving aside the Barcolana, for an excellent sailor like you, is there a regatta that is mythical to you?
“The Sydney-Hobart that takes hundreds of boats from Australia to Tasmania at Christmas. A tough regatta for real sailors. I’d really like to participate in it someday. Like the Barcolana, the Sydney-Hobart should be done once in a lifetime!”