A boat? Better than a Van Gogh. Donald Trump’s word

How lucky is Vincenzo Zaccagnino’s that he has met and interviewed almost all the famous people who are also great sailing enthusiasts of the last 50 years! Goodness me, he did not keep the accounts of these meetings to himself, but made them public in a book with an intriguing title, “Paper Boats” (Mursia, 298 pp, 17 euros), which arrived fresh in bookstores. There is even Donald Trump among the interviewees, above all there are all the famous people who have made it to the pages of newspapers and sites because of their passion: from Raul Gardini to Giorgio Falck, from Carlo De Benedetti to Gianni Agnelli, from Patrizio Bertelli to John Elkan. Just to name a few. We have taken some of their answers, collected by Vincenzo Zaccagnino in his book, you will find out why the sailing virus has contaminated them. 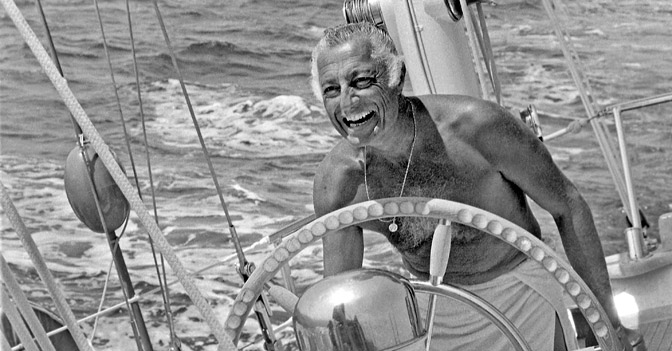 Gianni Agnelli
How I learned to sail
“I started with the 6-meter international tonnage in Forte dei Marmi…we used to have regattas starting from Forte dei Marmi and sail to La Spezia. We would tack the island of Tino and return to the starting point. We would stay at sea up to eight hours and learn how to sail.” “John Kennedy was a good sailor..King Juan Carlos of Spain, former King Constantine of Greece. I judge Gardini a great sailor and I think he has a good chance to win the America’s Cup.”

Luca Bassani
At the helm alone
“When I was 12, the family sailor put me at the helm of a cruising yacht and left me there for three hours, going to sleep. It was on that occasion that the passion for sailing was sparked in me, and it has never left me since. Since then I have averaged 5,000 miles every year.” 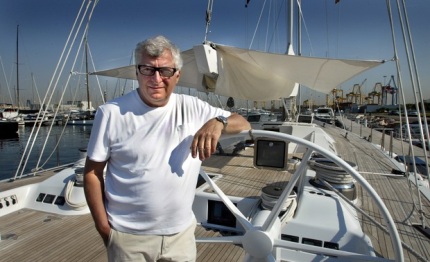 Patrizio Bertelli
Money is not everything
“Peter Blake said it: Money is only one part of getting to success; you need enthusiasm, honesty, and above all, knowing how to find the key to imagination.” 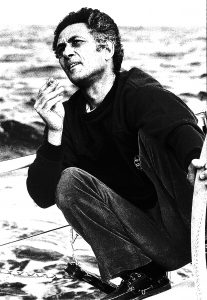 George Falck
At night among the ice
Zaccagnino asks Falck how his Guia sailed through the ice at night. “We were relying on luck and our nose. Pure adventure. It was like traveling on a dark night on a highway with the headlights off with the accelerator on full throttle.” “When you sail in the wide spaces of the oceans, the rhythms slow down, your thoughts have a wider breath, and suddenly you find yourself thinking, thinking deep things you would never think in the city.”

Raul Gardini
Being afraid of the sea
“For me the boat is the best system to get out of life’s problems. On board I only think about the boat which has, in turn, many problems that do not give me stress, but only fun.” Zaccagnino asks Gardini what advice to give to beginning boaters. “To be very afraid of the sea. At least until a good sailing experience is achieved.”

Pierluigi Loro Piana
I shym it
“I don’t conceive of the habit of owning a boat and putting someone else in charge of it. On My Song, my yacht, I’m always at the helm or at most I’m a tactician. On board I always have an active role. Otherwise what fun would it be?”

Donald Trump
Better than a Van Gogh
“Buying a boat (the Nabila paid $29 million) was a more fun investment than buying a Van Gogh. And it is the same as a work of art.”

Carlo De Benedetti
Blessed wind
“Take the wind: with the sail you wait for it, adore it, invoke it. Sun a motoryacht is almost a nuisance. And then sailing gives you a contact with the sea that is unparalleled.”

Francis Micheli
Toward remote islands
“The boat is the brain at large, a refuge, the ideal place to find peace and serenity. But also unrepeatable emotions. Like when you reach a remote Pacific island touched by great navigators like Drake, Cook, Blight.” 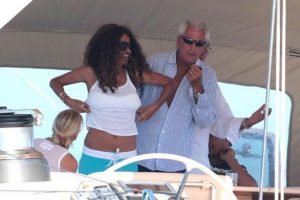 Marco Tronchetti Provera
Better the Mediterranean
“The Mediterranean…there is no other sea in the world that can surprise you…Sardinia is a unique place, the Argentario no less. I especially love Portofino.”

John Elkann
All one with boat, wind, waves
“When you reach speeds of 20/25 knots the boat, the wind, the waves merge into one. And you are part of it.”

Charles Cross
America’s Cup is a cubist
“The America’s Cup used to be an almost unattainable world, an old grandmother smelling of powder. Now she is a discreet, sweaty night-club cubist.” 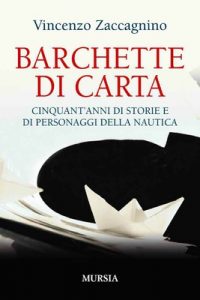 WHO IS THE AUTHOR OF “PAPER BOATS”
Vincenzo Zaccagnino is a journalist with a nautical specialization and naval historian. He designed and edited twelve magazines, including the monthly magazines “Nautica,” “Mondo Barca” and “Yacht Capital,” the bimonthly “Yacht Design,” and the quarterly magazines “Mare,” “Cruise & Ferry,” “Yachtsman,” and “Cruises.” He collaborates with “La Stampa,” after writing for “Corriere della Sera,” “Il Messaggero” and “Il Tempo,” for numerous nationally distributed periodicals and for RAI. He has published fifteen books inspired by the sea and sailing. With Mursia The Giants of the Line and History of Cruises.