4G antenna–and you have internet 20 miles from the coast! 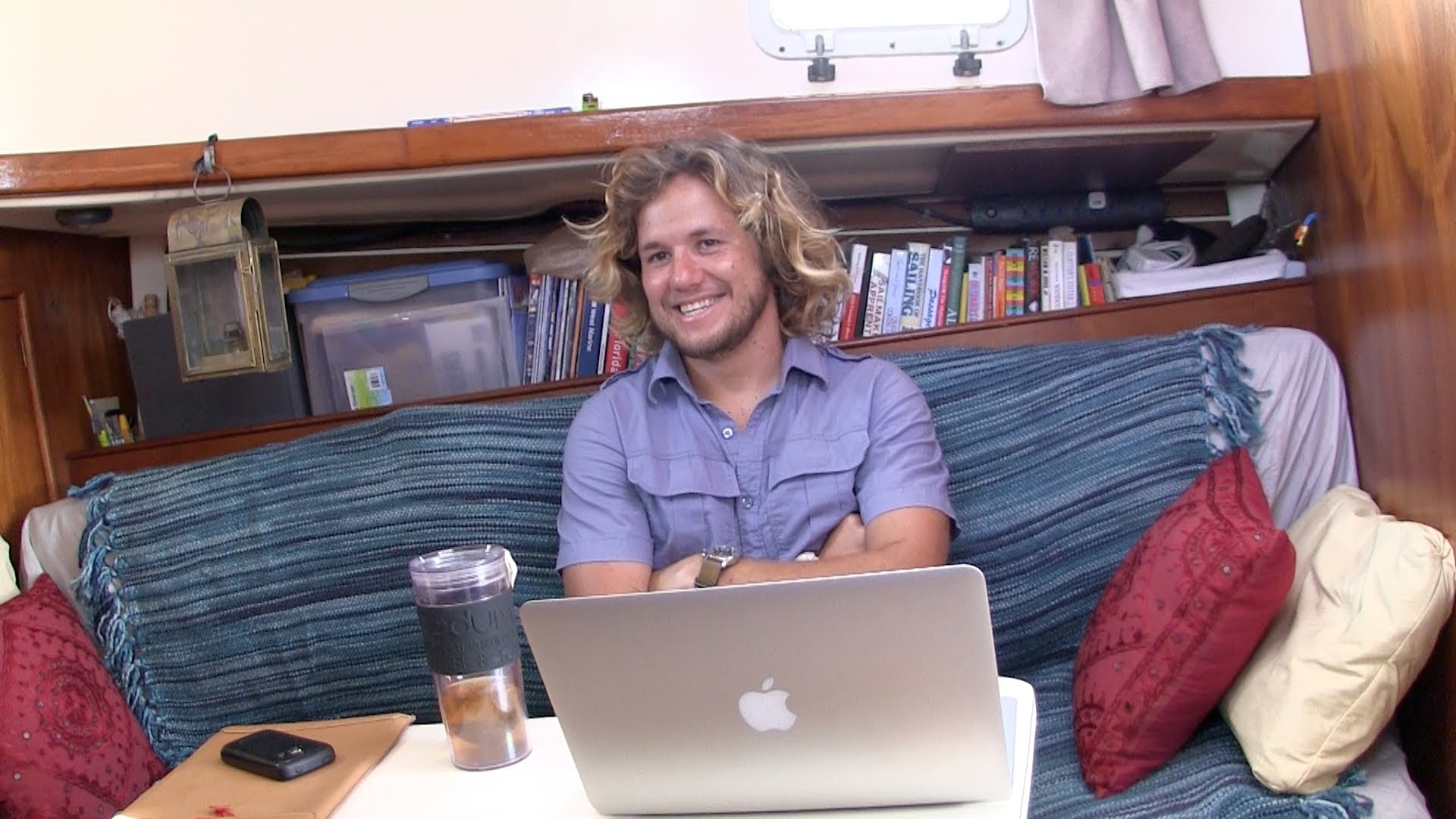 Old-fashioned sailing purists will turn up their noses, but nowadays having a good Internet connection on board will make you sail more smoothly. Near the coast, you can use your smartphone or tablet (which, by activating the “tethering” function, will share the connection with any other devices, such as laptops). With the emergence of the high-speed 4G network, performance similar to that of an ADSL line (50 to 100 Mbps on average) is achieved. And with 5G expected to go into service around 2020, the result will be comparable to fiber optics. But as soon as you move a few miles away from the mainland, inevitably the signal weakens until it disappears. If you want to surf fast, we also advise against Wifi in ports: it is often charged and the signal is weak due to the high number of users. In an era in which a large part of the territory is covered by 4G or at least 3G, these connections provided by ports represent all-too-outdated solutions.

SATELLITE? ONLY IF YOU MAKE LONG CROSSINGS
For long crossings, there are no alternatives to satellites (Iridium, Inmarsat, Thuraya), which are reliable but not the cheapest in terms of initial purchase and subscription. This will not change, at least in the near future: operators of 4G (and soon 5G) networks have no interest in “covering” the sea, as the number of users remains relatively low and often confined to certain times of the year (summer) and week (weekends).

4G UP TO 20 MILES FROM THE COAST.
But if you frequently sail in the Mediterranean, and you find yourself having to cut through gulfs or reach islands that are quite close to the mainland, there is a solution that will allow you to never lose the signal: we are talking about 4G antennas. Their function is to optimally receive 3H, H+, 3G, and 4G signals and make them available to on-board instruments via an Ethernet cable or router and a possible Wi-Fi access point. With the higher-performance antenna, you can hope to have 4G on board up to twenty miles from the coast. Often they are plug & play: that is, they are easily mounted, just insert a SIM card et voila. Costs are around 1,000 euros.

THE TEST OF FRENCH COLLEAGUES
Our French colleagues at Voiles et Voilers carried out a test to assess the true range of such antennas by installing three types of products aboard a Sun Odyssey 36: a round antenna, a double-tube antenna, and a parallelepiped antenna. The results, which should be taken with a grain of salt as much depends on the 4G repeater antenna installed on the ground by operators, indicate ranges between 13 and 18 miles. Not bad. 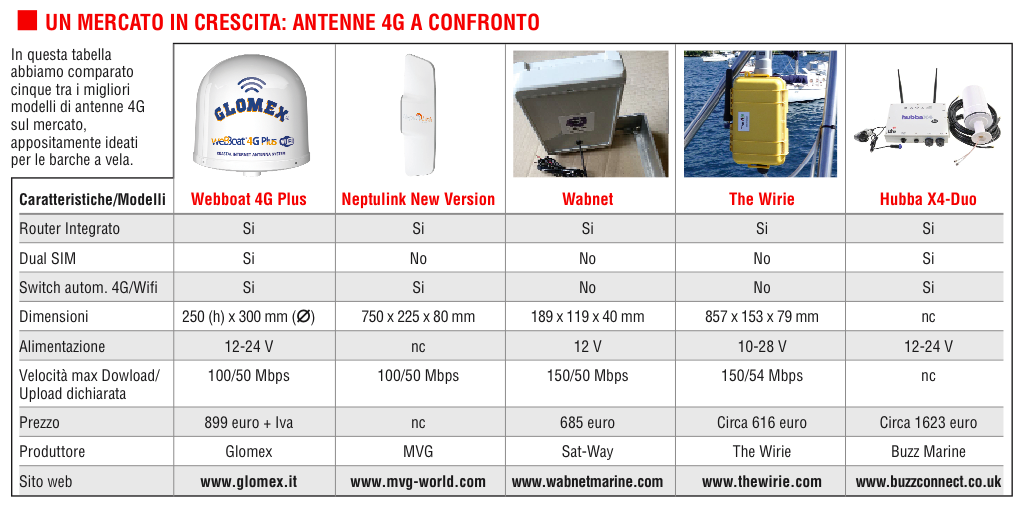 WHY THE 4G ANTENNA IS WORTHWHILE
We were also convinced of the validity of the solution, so we contacted Alessandro Bambi from the technical department of Glomex, an Italian company that produces one of the most cutting-edge 4G/Wifi antennas on the market, the Webboat 4G Plus, to let him tell us more about the “antenna universe. “
If a cell phone provides coverage, under optimal conditions, up to 3-4 miles from the coast, with a good 4G antenna you can get up to five times the range
“, Bambi began. “But the big advantage is the ability to have so many connected devices (up to 32) without having power autonomy problems. If you then opt for a dual SIM model (such as Webboat, i.e., equipped with two slots for as many SIM cards, you will also have the advantage of being able to ‘switch’ between one card and the other-very convenient if you frequently surf in different countries (such as between Italy and France or Croatia. By purchasing a foreign SIM card, the antenna will automatically switch to using it once it crosses borders, avoiding additional roaming charges.” Wiring the antennas is simple: as they are often powered by 12 or 24 V they have only the double red and black cable. “Consumption on average is 0.5/0.6 Ah at 12 V. The farther away from the coast the more they increase because the antennas use more energy to pick up the repeater signal.” 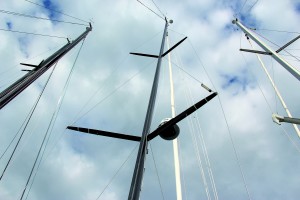 WHERE TO INSTALL IT
Where is it best to install a 4G antenna? “Theoretically, the higher up it is, the better it is able to receive the signal. But since these are devices that create a Wifi network, and often the range of the Wifi network is limited, it is not advisable to mount them at the masthead. The ideal location, in my opinion, is on the first order of crosses so as not to have problems with wiring and to ensure a wireless network is always accessible.” There is also another solution, which is slightly more expensive but better performing: “There is the possibility of connecting with an Ethernet cable the antenna to an access point (an electronic telecommunications device that, when connected to a wired network, or even, for example, to a router, allows the mobile user to access it wirelessly directly through his terminal) below deck that repeats the Wifi signal. This will allow masthead installation, thus better reception capability, without affecting the Wifi network. Ethernet cabling represents the only difficulty. It should also be mentioned that aboard metal boats, where the Wifi signal is shielded, it is mandatory to opt for the latter solution“. Regarding any problems that 4G antennas may give, “are 99% related to a bad initial setup. Although it is true that we are talking about plug and play devices, it is necessary to read the instruction booklet carefully so as to configure the correct APN (Access Point Name, which is the name of the Access Point through which the signal will be branched) Wifi“.

THE RIGHT DATA TRAFFIC
Finally, the amount of data traffic for quiet antenna use “varies greatly depending on what kind of web users you are and how many onboard devices you want to connect. Do you surf with your family and don’t make use of the Internet for streaming video? 2-3 gigabytes of traffic per month will suffice. If you are an avid Netflix or Sky consumer, you will need a far greater amount of data traffic“.