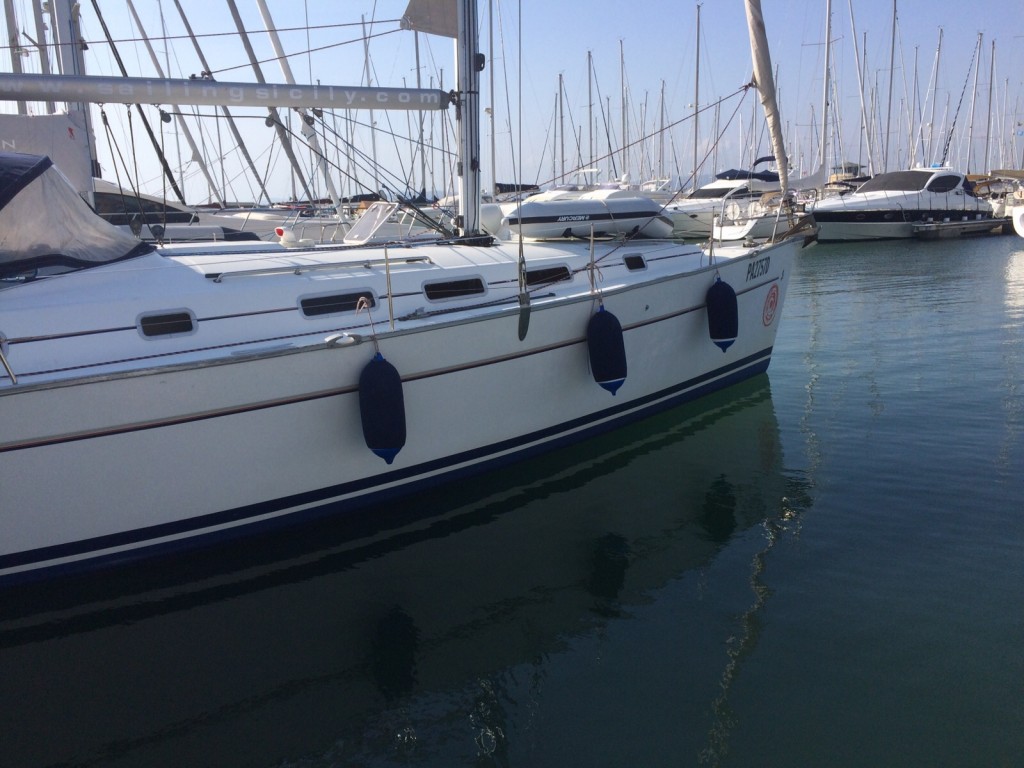 Remember the article a few days ago in which we published a reader’s letter of complaint regarding the condition of the chartered boat, writing that we were waiting for the charter company’s response, contacted by email? It has arrived and we repost it in full for you with pleasure, because often when there are complaints of this kind, it is difficult to give voice to both sides. In the “point-by-point response,” we have bolded the reasons sent to us by Marco Di Trapani of Sailing Race Service S.r.l., who also provided us with video and photographic material to accompany the responses:

SAILING RACE SERVICE ANSWERS
“Good morning, as per the subject, this is our response regarding the article posted within your website.

We are Sailing Race Service S.r.l. (Sailing Sicily) the company mentioned in the above article. We feel we should paste our response given to the client through the mediating agency. Responding point by point to customer complaints, you can read our answers below.

1- the boat was NOT ready, and when it was handed over to us we had to wait for the tender to be changed (the one that was there was impractical) for it to be cleaned up (there was still garbage and one of the lockers for the pantry was with food remains), and given the way things were going then we cleaned it up ourselves.

Clients arrived at the base at 5 p.m. last and waited their turn to begin the check. The tender was not impassable, but only had a deflated floorboard. We replaced it with a new one. The person who carried out the cleanup forgot a closed garbage bag under the kitchen. It was removed and the compartment cleaned out. The client signed the check stating that the boat was delivered clean and in good condition.

2-per plotter we were proudly handed an Ipad with a navionics navigator installed. But with a 10% charge (we didn’t get to Elba), and with no possibility of charging except with 220 ! 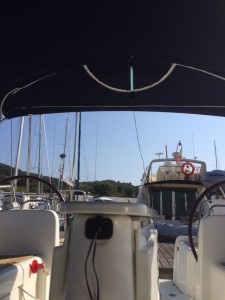 The customer was given the Ipad equipped with 220V power supply and 12V adapter. He could have easily recharged it while sailing by having a functioning 12V socket in the cockpit as per the attached photo.

3-As we arrived at the roadstead in Porto Azzurro, we were not overly surprised that the anchor light was NOT working.

The lights were checked during check in and were working. At check out they were working!

4-yet because the VHF was declaratively not working from the start, replaced by a laptop.

The VHF is tested during all checks with a test call to the marina, which did not respond on that occasion. When in doubt that there was a problem with the VHF installed in the boat, we provided a fully functional portable one.

5-We were surprised, on the other hand, that the spare cylinder-already sensed it from the lightness but didn’t want to believe-it was EMPTY 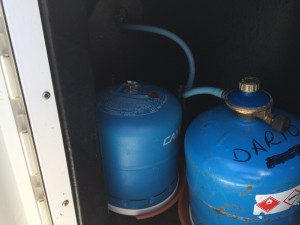 As per the attached photo we deliver to all clients a full sealed cylinder + the one returning from the previous mounted charter. It is possible that the latter was almost empty, but I doubt that the respect one was empty. We have no evidence, but it is possible (and I would not be surprised) that the customer was unable to mount it correctly by leaking gas. It should be noted that “pro bono pacis” was reimbursed at check out both the cost of gas and cleaning for a total of 120.00 euros.

6-Want to dine in the cockpit? here’s a nice neon light-so it doesn’t wear out-that you can hang with its power supply to plug into the cigarette lighter. A bit campy for a 14 m. But come on, we are sailors. Too bad the wire only reached the ladder 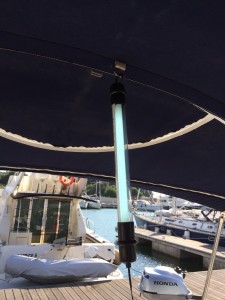 This one comments for itself! I attach photos. Probably in the client’s past experiences he never happened to have a 12V outlet at the cockpit table!

7-The wind instrumentation has worked on and off Since I have been a shipowner for a couple of decades, I am well aware that failure is always lurking, but the overall condition, much of which is discovered at sea, said a lot about its state of maintenance

No post-client landing work was performed on the wind station. The other 2 customers in the next 2 weeks did not complain of any problems.

-a broken drape patched with a choke.

The drape was delivered with a selvedge in place of a broken turnbuckle. Safely.

I enclose video of the square where the operation of the level indicator can be seen.

-portholes in cabins without blackout blinds

I attach photos of the blackouts in the cabin. 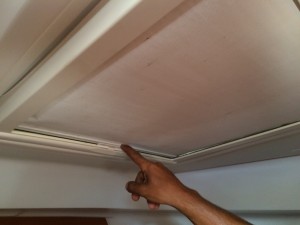 We are not aware of it. They are all functional.

-transparent opaque sprayhood to stick out or lower it 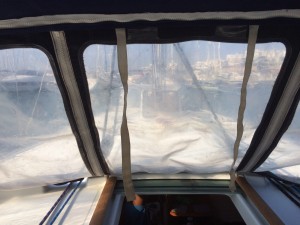 -Bow bathroom exhaust handle that wakes everyone up if operated at night.

I attach video. Plug your ears!

ALL PHOTOS SENT TO US BY THE COMPANY

Facebook Twitter Youtube Instagram
PrevPreviousCorsica, anchor tax suspended (for now). Meanwhile in Italy…
NextBut don’t we learn anything from the past? The limit for cruise ships in Portofino is reduced to less than 600 meters!Next
In evidenza