Waiting for the Barcolana, all the events calendar

The 46th edition of the Barcolana is getting into full swing: just days before the world’s most beautiful regatta and sailing festival (scheduled for Sunday, October 12), 1202 people are registered. And come and visit us, we are also there starting tonight! Below are the main events of the Trieste festival. The program related to the TAG Heuer VELAFestival at the Barcolana can be found instead HERE.

LAND ROVER EXTREME @BARCOLANA (OCT. 9-11)
Starting today, the adrenaline rush lands in Trieste with the Land Rover Extreme@Barcolana (Oct. 9-11). A unique opportunity to see the fast Extreme 40 catamarans in action just a few meters from the shores: this afternoon’s test event, a day of trials with a buoy positioned in the San Giusto Basin. Tomorrow (Friday) is the first real day of racing. 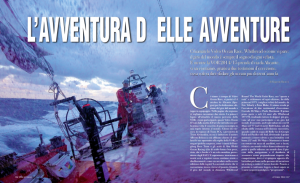 WE LOOK FORWARD TO SEEING YOU THIS EVENING AT THE FORMER FISH MARKET!
Just as the Volvo Ocean Race begins (it will start Oct. 11 from Alicante), tonight (Thursday, Oct. 9) we will be talking about the World Tour and ocean sailing at SALOTTO VIENNA (former Fish Market, now Salone degli Incanti) starting at 7 p.m. Recounting their oceanic adventures and misadventures are three sailors from Friuli, Paolo Rizzi, Stefano Spangaro and Mauro Pelaschier. Sailing Newspaper editor Luca Oriani will moderate the meeting, and GdV editor Eugenio Ruocco will also speak to tell what the Whitbread was like and what the World Tour has changed over the years. Come and visit us! 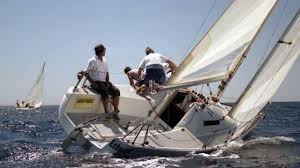 TRI-ESTE 24 TROPHY (OCTOBER 10-12)
The Este24 class “lands” in Trieste to fully enter the calendar of Europe’s most crowded regatta: the Barcolana. Already the name is a program : Tri-Este 24 Trophy. From Italy’s most important race courses such as Naples (where the national championships were held) the arrival in Trieste is the just reward for a class that will bring as many as 25 boats to the Julian capital, and we are talking about one-designs, a record for the Barcolana. In the three-day event featuring the Este24s, there will be a regatta where the class winners of the past edition will compete on a level playing field on the boats provided by the Class Association, a sort of payback for those who will never be able to make a Barcolana with a 100′ like Esimit or other high-tech racing boats. Barcolana CHALLENGE – Medot Trophy, or the “regatta of the best.” Three scheduled regattas in one day to know: on Friday, October 10, and the gauntlet is thrown down. The regatta is held not far from the Shores, at the entrance to the San Giusto Basin, with a grand finale at night. Then on October 11 and 12, the trophy dedicated to the Este 24 class. 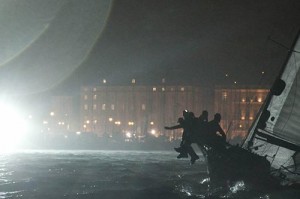 BARCOLANA BY NIGHT (FRIDAY, Oct. 10)
Racing at night, just a few meters from the Molo Audace. tacking and gybing buoys near moored hulls in anticipation of the Barcolana. And again: reinvigorating a challenge that for more than a decade has pitted crews and owners of one-design boats against each other, starting with a dozen Ufo 28s, fast and “nervous” one-designs ready to do anything to beat their opponents. Can’t miss, in Barcolana, the “By Night” regatta, from 7 p.m. Friday, Oct. 10: sun goes down, photoelectric lights are turned on, breeze waits. The starting signal sees the ancient “feud” between crews reopened: a regatta that becomes a spectacle for thousands of people, crowded along the piers on the eve of the Barcolana. Barcolana by Night involves UFOs, Meteors, the 2.4 class. 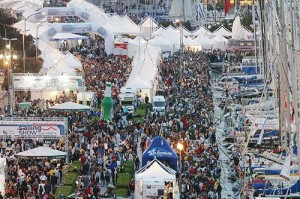 ASHORE – THE BARCOLANA VILLAGE
From Village to Barcolana City. The space ashore that “contains” the regatta, along the Rive, is being revised and renovated this year. With one goal: to integrate marquees into the city, unite Trieste and the Barcolana festival. The initiative is by Trieste architect Giovanni Damiani: with his team, he took up the challenge of rethinking the Barcolana Village, creating a city “long” five days and two kilometers. Four important days for Trieste, during which, along the Rive, the city welcomes sailors and the Barcolana audience, and offers hospitality and opportunities for fun. The City of the Barcolana is designed to coordinate with the historic center, and to welcome the public: three large squares (one dedicated to events and entertainment, one to sponsors, and one to education and children’s initiatives) two “street axes” and new spaces along the Maritime Station underscore the spirit of this edition of the regatta, which aims to interconnect sea and land, city and regatta. 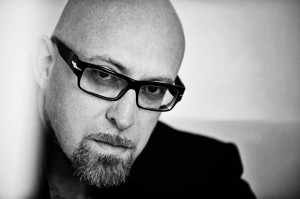 BARCOLANA IN MUSIC
Friday, October 10 – 8 p.m.
Opening act: The Beatbox: A Tribute to the Beatles
An evening with very strong British connotations with a tribute to The Beatles, one of the bands that marked the history of music around the world. The Beatbox’s performance will revive the energy and charm of the legendary Liverpool quartet, with a show that has been carefully curated down to the smallest detail, from the instrumentation identical to that used by the Beatles in their historic concerts to the clothes, custom-made by the same tailor who created them for their first American tour.

Jack Savoretti
The Italian-born British singer-songwriter regarded by audiences and critics as one of the most important revelations of the 2014 international music scene. Already a star at major European festivals (Glastonbury, T in The Park, Cornbury and many, many others) and already a support act for Bruce Springsteen at London’s Hard Rock Calling in 2013 and last July’s Neil Young in Hyde Park, in recent months Savoretti has begun to win over Italian audiences as well, and on Saturday, September 27, he will be Elisa’s special guest at the Arena di Verona. As many as three singles taken from his latest record entered the chart of the 100 most played songs on Italian radio: “Changes,” “Not Worthy” and the ballad “Sweet Hurt.”

Saturday, October 11 – 8 p.m.
Mario Biondi
The black voice of Italian music, also appreciated in the rest of the world, will be the star of “Barcolana in Music”! Trieste’s, the only Italian date, will be a preview of the prestigious tour to major European capitals and clubs, which kicks off Monday, Oct. 13, from Paris. Another important international milestone for the crooner, after his summer triumph with three concerts in Brazil, crowning a year of great success in Italy and abroad.Fresh off the release in Europe and South America of “Sun” and the platinum album “Mario Christmas,” Mario Biondi’s 2014 was dedicated to the international scene.

Facebook Twitter Youtube Instagram
PrevPreviousHistory of the Barcolana, where “at the buoy you ask for water, and they give you wine”
NextVolvo Ocean Race, now the challenge really begins. Here is his storyNext
In evidenza