VIDEO This is how the zero-impact cruise boat works 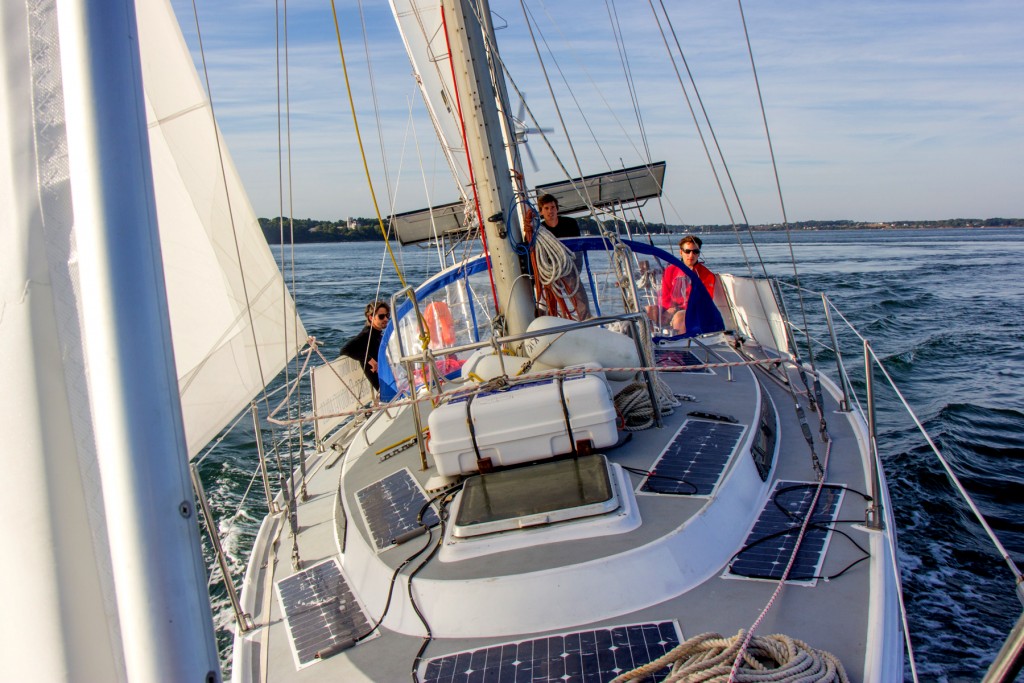 We had already told you about them in the April issue of the Journal of Sailing (pages 96-97, find the article below). Four French lads roaming the world aboard a 1978 38-foot ketch that is completely energy autonomous and therefore, in theory, zero impact. There is not only Matteo Miceli: fortunately, we add. Stories like this prove that “clean” sailing is possible-could it be the future of everyone’s sailboat? In the meantime, watch this nice video (with Italian subtitles) in which the four of them explain how the boat works from an energy perspective…

WHAT WE HAD WRITTEN ABOUT THEM
From the April GdV. Take four friends, four French boys who want to pursue the dream of many: to sail around the world. Money is tight (obviously). Even the boat is missing. Yet… Martin, Bérenger, Pierre and François do not lose heart. They manage to recover Amasia, a 1978 Jeanneau Gin Fizz 38 two-masted ketch, which they decide to transform to make it completely energy autonomous and zero-emissions. Thus was born the Eco Sailing Project, or the project to make a round-the-world boat trip that is truly 100 percent environmentally friendly. But to succeed in such an undertaking requires partners. Thus began a long process of research, meetings, phone calls, meetings, until several companies decided to follow the four friends. The dream is really beginning to take shape, and what appeared to be a “simple” sabbatical is turning into an ecological adventure.

HOW AMASIA WENT GREEN
The choice of boat is not made at random. After a long search along all the ports and marinas of the French Atlantic coast, the four friends realize that they need a sturdy, if inexpensive, hull. Gin Fizzs, built by Jeanneau in the 1970s and 1980s, seem to fit the bill. Not surprisingly, the feat of 16-year-old Laura Dekker, who in 2011 became the youngest sailor in history to circumnavigate the globe solo, took place on a Gin Fizz. Mission accomplished: in Crouesty, Brittany, they find a 1978 Gin Fizz 38 two-shaft. Is love at first sight. But there is indeed a lot of work that needs to be done on board to make it environmentally friendly.

The first step is to eliminate the endothermic motor and replace it with an electric one. The energy sources for charging are solar panels, a wind generator; But what really makes a difference and allows the guys to get a great charging capacity is a propeller from the Italian company Ewol which (when not flagged) provides as much as 700 watts of instantaneous power (at 7 knots of speed). More than what a hydrogenerator can usually do. This is because the propeller is already there for propulsion and is larger than that of a hydrogenerator; moreover, since power generation occurs when the propeller is in the backward position, it is more efficient than a fixed or retractable propeller. When the batteries are sufficiently charged, the propeller is automatically flagged, and then returned to “regeneration” or “propulsion” mode when needed.

THE ROUTE AND STAGES
Leaving from France, the four friends passed through Galicia and Cape Verde before embarking on the Atlantic crossing. After a stint in the Caribbean, during which they made a series of real documentaries to illustrate the ecological issues of the places (which you can see on their website www.ecosailingproject.com), the adventurous Frenchmen crossed the Panama Canal, also achieving another milestone: in the more than 100 years of the life of one of the busiest places on the planet, never had an entirely environmentally friendly sailboat gone from one ocean to another. As we write, they are en route to the Galapagos, from where they will continue to Taihiti, New Caledonia, and then cross the Indian Ocean. Once past the Cape of Good Hope, they will throw themselves back across the Atlantic to touch the coast of Brazil before reaching the Azores and returning to Brittany.