VIDEO “The ocean is safer with a 10-foot boat”

They call it the “microcruising phenomenon,” and it encapsulates that strange desire to take on the ocean with boats, often self-built, that at most reach 18 feet, but much more often do not exceed 10. To put it bluntly, Alessandro Di Benedetto, who has solo circumnavigated the globe nostop on a Mini 6.50 is already an outlier… Hulls, then, aboard which one can barely lie down. “But absolutely safe boats, they are like ping-pong balls in the sea, they never break“, states Sven Yrvind(his blog here) who of the “microsoldiers” is the veteran, not only because of his seventy-three years of age, but also because he was the first, back in 1980, to pass Cape Horn on Bris II, a 5.90-meter he built. A challenge that earned him a medal from the Royal Cruising Club; an accolade that people like Robin Knox-Johnston have received in sailing history. 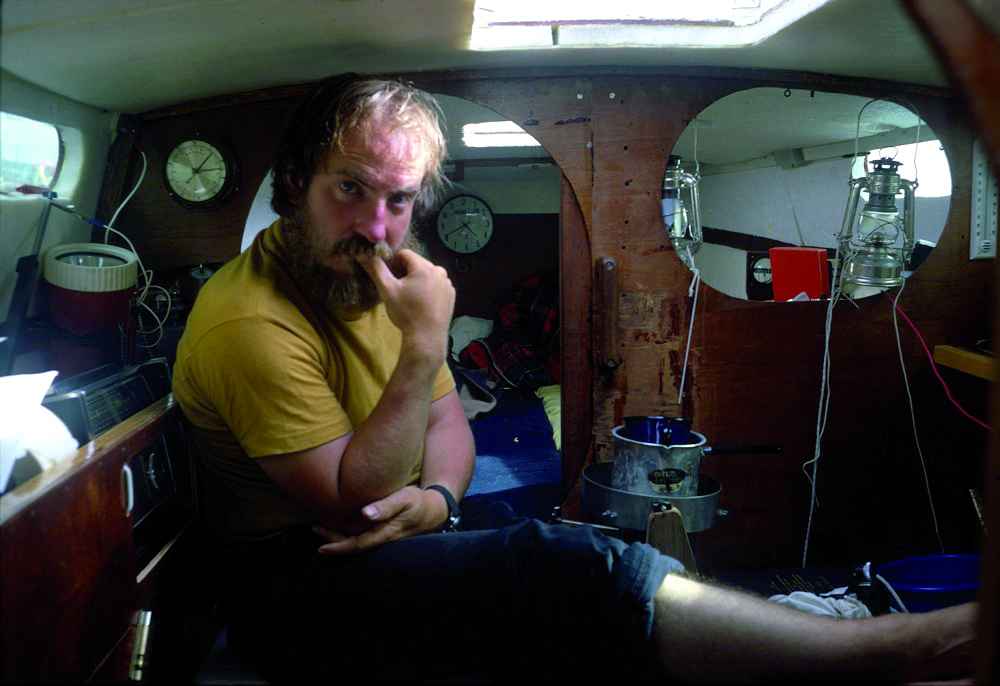 A STORY THAT BEGAN IN THE EARLY 1970S
Great adventures often begin by accident. this was also the case for Sven, who simply wanted, in 1971, to build himself a boat, but the space he had available was only six meters. Thus “Bris I” was born: six meters long, 1.72 wide, fishing between 40 and 90 centimeters. Then it was the turn of the aforementioned Bris II.. After more than two decades out of the limelight, in which he wrote books and patented the so-called Bris sextant (a very simple and inexpensive instrument for calculating position based only on the Sun or the Moon), Sven first built “Yrvind,” a 4.1-meter that turned out to be a busted design, and then put in the water “Yrvind 1/2“. It is with this 4.8-meter boat that, two years ago, crossed the Atlantic from the United States to Europe. 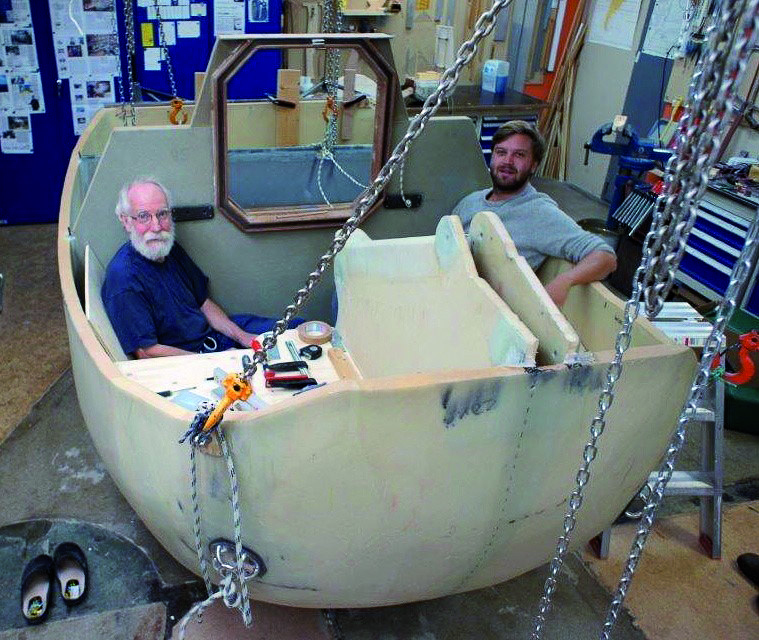 CIRCUMNAVIGATING THE GLOBE IN JUST THREE METERS
He will calm down now, many people thought. No way, not only did Sven not stop, but he even relaunched, moving the bar even higher. The goal: to break the record of our own Alessandro Di Benedetto, circumnavigating the world nostop with a boat of only three meters, or less than half the size of the Mini 6.50 with which the Italian sailor succeeded in the feat three years ago. Madness? No, according to the Swede. “The boat will turn over, but it will always come back upright. No matter how many times it rotates on itself, I will be able to be comfortable reading,” he said, showing a system of straps he has designed to stay tied to the small 78-centimeter bed.

ON BOARD WITH 400 KG OF SARDINES
Yrvind 10, that’s the name of the three-meter-long and 1.90-meter-wide boat, actually looks more like a survival capsule, of the kind we saw American astronauts coming out of when they returned from missions to the moon. Everything on board is designed with self-sufficiency in mind. The two sails, with masts side by side, hoist and lower like a roller blind, and the booms also function as gutters to collect rainwater. While the liftable centreboard, instead of being placed, as is usually the case, amidships, is at the extreme bow. Instead, much of the deck will be covered by solar panels. Additional energy will then be obtained through the presence of a small pedal-powered generator: “As long as I’m able to reload my e-book,” says Sven, who by the way has planned to upload 300 paperback books… The bunk mentioned earlier will be placed transversely, and all, or almost all, of the remaining space will be devoted to stowage. A peculiar galley, that of the Swedish navigator, who planned to load about 400 kg of sardines on board! “I would be much more worried if he had locked himself in the house watching TV,” said Thomas Grahm, a 25-year-old sailor who has worked with Yrvind for the past few years. “Of course he will take risks, but he is one of the most competent boat builders I have ever met.” And a small boat, built the right way, is always stronger than a big boat. Sven Yrvind’s word.