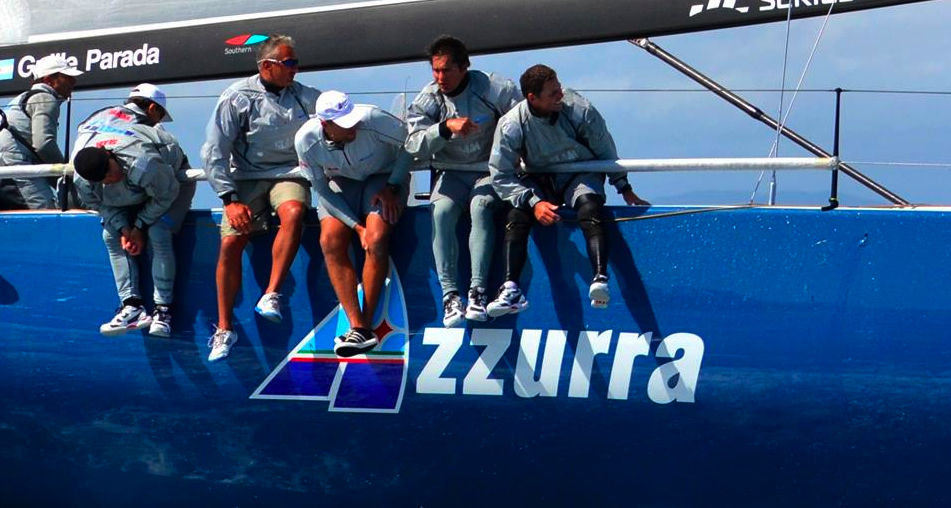 The second leg of the U.S. 52 Super Series circuit, also valid as the U.S. championship, concluded in Miami Beach. Seven boats are at the start, with top crews and many of the big names in sailing involved at the helm or on tactical calls. Azzurra, bearer of the Yacht Club Costa Smeralda, battled against the hosts Quantum Racing leading the standings from early in the week until the wind was sustained. The last two days of light breezes, however, made life very difficult for the Italian-Argentinean crew, which had to give up the victory by finishing in second place both the Miami event and the final ranking of the US 52 Super Series.

THE VOICES OF THE PROTAGONISTS

“We are of course sorry,” said skipper Guillermo Parada, “for not sailing the way we know how. We wanted to be aggressive at the start, and in fact we always started on the chosen side. Unfortunately, however, we were unable to read the wind correctly, erring on the wrong side in both of the last trials. However, the most important thing for me is that we fought believing all the way in our plan, without leaving our fate in the hands of others. We always held it in our hands, but unfortunately it did not play the way we expected. Congratulations to Quantum who won, we started the season a bit quietly, third in Key West, then second here in Miami and in the U.S. 52 Super Series … so we’re going to stand on the top step of the podium in the Mediterranean in the 52 Super Series!”

So Francesco Bruni, strategist and starting helmsman, on the last day of racing: “Today was undoubtedly a bad day, despite two starts in which we managed to take the side we wanted, the left side. Even though it gave us the lead in the early stages, however, it turned out to be a very bad side contrary to our predictions. We made the mistake of wanting to believe it all the way by insisting on the left side even in the second trial, by the time we realized that the right side was proving favorable, despite appearances, it was too late.”

US 52 SUPER SERIES, THE STRAORZA ABOARD VESPER

THE FINAL STANDINGS AFTER 9 TRIALS

Facebook Twitter Youtube Instagram
PrevPreviousSailor of the Year, the countdown begins: -10 to the close of voting
NextWho will be the Sailor of the Year? Come and find out in Genoa on April 11Next
In evidenza